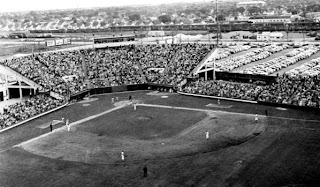 Though it will always be remembered as a football stadium, there was another successful sports franchise that played from the Winnipeg Stadium in those early years: the 1954 - 64 Winnipeg Goldeyes.

The Goldeyes were three-time Northern League Champions. Their first pennant came on the road in Duluth in 1957, the 1959 and 1960 titles were won at Winnipeg Stadium. 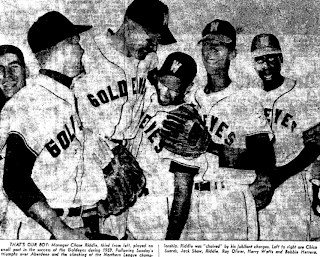 September 14, 1959, Winnipeg Free Press
The 1959 final was a best of three series against the Aberdeen Pheasants. Game one was a loss in Aberdeen, South Dakota. The series moved to Winnipeg for a double-header on Sunday, September 13th.The fish won the first game and the pennant in a 4-0 shutout.

The star of the game was pitcher Bill Carpenter. It was a fitting end to an outstanding season that saw him finish with a 19-4 record and a league leading 1.59 ERA. The defense gave him a lot of help, including three inning-ending double plays, one with the bases loaded !

The second game of the double header was also played out and the Goldeyes won it 5-1. The Pheasants left the field without the traditional handshakes.

There was an interesting side story to the final games.

These were the first pro ball (football or baseball) games to take place in Winnipeg on a Sunday, a contravention of Manitoba's Lord's Day Act. Team officials expected that charges would be laid and were willing to fight for future Sunday games, a restriction that no longer applied to hockey and auto racing.

Morality Squad officers showed up at the stadium on game day to investigate. The following week, though, Police Chief Taft and Attorney General Sterling Lyon announced that charges would not be laid as long as the Goldeyes promised never to play Sunday games again. The Goldeyes never did make the promise and, in fact, their 1960 schedule already had Sunday home games planned. 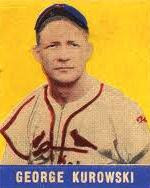 There were a number of changes to the Goldeyes' lineup for the 1960 season. Many of their star players from 1959 were gone. So was manager Chase Riddell, replaced by Whitey Kurowski, former St. Louis Cardinal third baseman.

The largely inexperienced team, referred to sometimes as the "Kurowski Kids" appeared to be in for a tough season and did get of f to a slow start. Even business manager Terry Hind mused that they'd be lucky to finish near the top of the league.

The Goldeyes finished strong and made the playoffs. Tehy beat their 1959 rival Pheasants in a 12 inning semi-final game in Aberdeen. This set up a showdown with the Duluth-Superior Dukes for the pennant.

Again, the Goldeyes lost the opening game on the road before coming back to Winnipeg Stadium and crushing Duluth-Superior 9-0 to win the pennant. 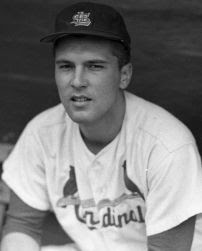 Pitcher Harry Fanok, who had a slow start with the Goldeye's that season, "...was never better, and never more accurate" as he gave up just four hits. For good measure he also hit a homer and a triple. The performance, Free Press sports reporter Don Blanchard conceded, meant that "...it's not likely that the 20 year-old righthander will see these parts again except for a duck shooting expedition." (Winnipeg Free Press, September 10, 1960.)

Business Manager Hind basked in the glow of victory but before the month was out sold off four of the Goldeyes' top players. They never won another championship. 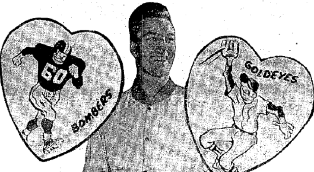 expos fans will remember ace pitcher steve rogers....he started his career in winnipeg with the whips, who were montreal's AAA franchise in the early 70's...they played in the same south west corner of the stadium.

most winnipeggers then wanted the team to be named the goldeyes (kind of like the jets thing this past summer) but mr bronfman, of seagrams fame and owner of the expos, went against public opinion and decided on whips.

Thanks for that ! I'm not that up on my local baseball history.

When Goldeyes 2.0 began playing there wasn't home plate in the nw corner ? Why the change ?

the baseball stadium was torn down in '84, ten years before goldeyes 2.0....the blue and gold room was built in its place.

the original baseball stadium was really a stand alone building, except that the players used the football dressing rooms....or the ones in the arena.

the new baseball stadium was horrible...the left field fence was way too short and the turf was crowned for football drainage...it was a lethal place to play.....a missed routine ground ball could result in a triple or home run because the ball would travel so fast on that turf.

it is interesting to go back in the free press archives and read about when the expos moved their farm team to winnipeg from buffalo....it was a big deal at the time to have AAA baseball in the city....it was like a smaller version of the jets coming back....i wonder if it had something to do with the bronfman connection to manitoba.

the team was terrible (44-96 in '71)...after two years the cost of playing in the eastern based international league became too high and the team moved to virginia.