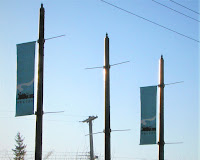 Last summer, news broke about soil contamination found in some residential areas of old St. Boniface though air tests could not detect pollution.

I stuck my nose in by pointing out that it could be because it wasn't a current issue. For more than a century the nearby St. Boniface industrial park was home to some of the worst polluting industries we know: oil refineries, tar products producers and iron foundries.

It wasn't really surprising to me that residential areas nestled up next to these industrial sites would have some contamination from the particulate emitted by them in the age before any meaningful pollution control regulations. What was more of a surprise was that given the neighbourhood's history soil testing wasn't already taking place on even a semi-regular basis.

Now it is Weston's turn.

For over a century, Weston has been home to many lead producing polluters. In the early 1900s a steel foundry caused so much thick smoke that its nighttime operations had to be curtailed because it created a traffic hazard. In the 1940s, coal fires in the Weston Shops were said to be discolouring the paint on nearby homes. In 1979, another foundry was shut down because its employees were falling sick due to lead poisoning.

In 1981 and 1983 the Weston School yard was surface cleaned due to lead contamination. Now, 35 years later, it is in the news again.

Perhaps the problem is more than just surface deep? Perhaps this and other neighbourhoods that were historically home to heavy industry should be tested proactively for what may lurk deep in the ground?

Here's a look back at some pollution tales from the Weston neighbourhood....

Weston was created after the establishment of the CPR's Weston Shops starting in 1900. Its small, cottage-style housing was geared to the thousands of employees who went to work there each day. In fact, in many early newspaper stories Weston was referred to as "CPR Town".

Within a few years of its creation, the ever-expanding Weston Shops were operating 24-hours a day and old newspapers are full of stories of some of the pollution that local residents had to deal with.

From the early 1900s the Manitoba Rolling Mills had a foundry on Gallagher Avenue at Vine Street that be;ched out a steady stream of thick, acrid smoke 24-hours a day. The city received an increasing number of complaints from residents about not only the smell but that the smoke cloud was thick some nights that it posed a traffic hazard.

In 1908, the city stepped in and forced the company to curtail its operations on certain nights. The following year, the city inspector was sent to monitor the foundry's performance.

An official of MRM told a Free Press reporter in June 1909 that the inspector was, "...taking notes on the number of minutes of black smoke, brown smoke and blue smoke which came out of our stacks." He noted that their operations could not help the amount of pollution they created. "The work is different than if we were burning coal for power purposes. We have to get a certain heat in our furnaces and to get that  we need to force the fire. It means that a certain amount of carbon must be lost through the stack but we must stand that loss.”

Fearing the city was about to impose more restrictions, the company announced that it would instead pick up and move to St. Boniface, which promised not to regulate their operations. Within a couple of years they had left the site. 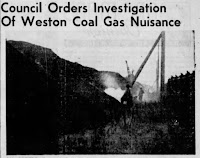 Another pollution issue was coal burning not just in the various furcnaces around the Weston Shops but in the yard itself.

The amount of coal stores the Weston Shops needed to keep its growing number of foundries and repairs hops going, not to mention powering the dozens of locomotives scattered around the yard, was immense. In the mid 1940s, for instance, a mountain ridge of 100,000 tons was stored on site.

From time to time a fire would start deep down in the pile and smoulder away for days or weeks at a time, which is what happened in the summer of 1944.

Alderman St. John, who kept council updated on the status of the smoking pile, declared at a September meeting that the smell of the acidic smoke was at an all-time high: "The gas is so strong that it is discoloring the paint on residents homes."

An interesting side note is that through all this time adjacent to the McPhillips Street Pumping Station was an open air reservoir storing drinking water for the city !

In 1979, pollution was gain in the headlines. This time, it was specifically about lead contamination in the Weston neighbourhood.

Back in 1976 the provincial health department wrote the Winnipeg School Board to say that it wanted, with parental permission, take blood samples to test for lead in areas "where there is heavy vehicular traffic and industrial activity nearby." The two schools were Weston School on Logan and Lord Nelson School on McPhillips Street.

Tests went ahead but there does not appear to have been any news about the results until 1979. (The NDP opposition took credit for finding out the information and forcing the Progressive Conservative department to release the numbers, though the PC's shot back that the NDP were the ones in power until November 1979 and chose not to release them at the time.)

Perhaps to mitigate the embarrassment of not releasing the results, the health department said it would do follow up tests on all of the children. By late May, test results were coming back and according to a Free Press report showed only three students at Weston and one at Lord Nelson had elevated lead levels. (Of course, in three years many of the children had moved on to other schools, even other neighbourhoods.)

Air and soil tests were also done around the school in 1979, (you can read the 1980 report here), and showed higher than acceptable lead levels in certain places. As a precaution, a cleanup was ordered.

The August 1981 cleanup, according to media reports, involved vacuuming up dirt and dust from a 30 x 300 foot strip of paved land north of the school which showed lead levels of about 5,000 ppm which was double what the province considered a safe level. The paved and sodded areas south and east of the school were not cleaned as the particle counts fell within the limit.

Lead levels remained high and a second cleanup was ordered in June 1983. This time, 430 metres of sod and soil were removed on boulevards along Irysh, Catherine, Whyte, Gallagher, Logan and Quelch. Sod and topsoil was also replaced in the Weston School yard.

At either of the cleanups there is no mention of testing or cleaning residential properties. 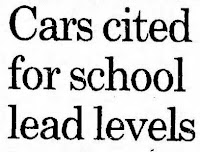 The provincial health department maintained that there were two reasons for the lead accumulation in Weston: nearby smelters and leaded gasoline.

The main culprit behind the 1981 cleanup, according to the province, was the Canadian Bronze Company which had a foundry at 15 Bury Street, just 280 metres from Weston school. They manufactured brass goods including tools, brewers equipment, castings, vehicle parts and also did plating in silver, nickel and chromium. A second smelter blamed to a lesser extent was Northwest Smelting and Refinery at 2185 Logan, less than 3 km from the school.

Canadian Bronze, which had been operating in Weston since at least 1966, was actually closed down in May 1979 after some of its employees were found to be suffering from lead poisoning. It eventually reopened and was still operating in 1983 with better pollution control systems.

The 1983 cleanup was blamed primarily on lead from gasoline that was deposited by heavy traffic, (this was back in the era of leaded gasoline.)

A June 1983 provincial report penned by the provincial environment department with the help of Atomic Energy of Canada Ltd. and funded in part by Canadian Bronze led to the second cleanup at Weston School. The 64-page document concluded: "based on the data collected in these studies, the major source of lead levels in the Weston school yard is believed to be the exhaust of vehicle traffic." 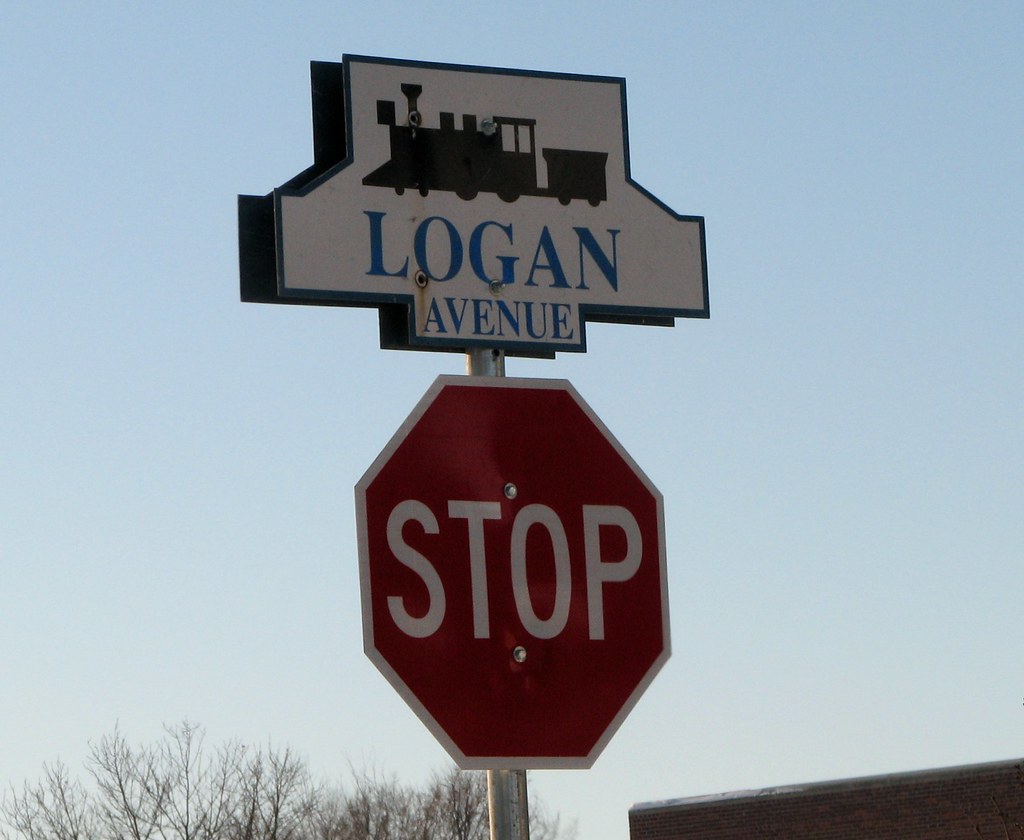 In the years after the cleanups the province may have figured that once Canadian Bronze and leaded gasoline disappeared that the problem of lead in the Weston neighbourhood would go with it: it hasn't. Lead levels have remained  stubbornly high.

In 2010, Manitoba Conservation produced a report looking at 2007 and 2008 lead level tests in sites around the city. It noted: "Although lead concentrations were usually less than those recorded in the 1980s, levels in sod and soil at a number of sites still exceed the current CCME (Canadian Council of Ministers of the Environment) guidelines. This includes samples collected from the Weston Elementary School playgrounds...."

Given the neighbourhood's history, perhaps the lead contamination isn't just a surface level problem from modern day polluters. It could be a deeper issue that will take more than just another surface cleaning to take care of.