Injecting a bit of history into a community pollution debate


Last week there was media coverage about polluted soil samples found in the yards of some Old St. Boniface homes. The residents, media, and even researchers seemed, in various degrees, to be pointing the finger at a modern-day car shredding business on rue Messier Street.

When I heard the name of the street I thought they couldn't seriously be blaming a car shredder for their pollution issues? Over the past century, Messier Street has probably has been home to the worst collection of industrial polluters of any street in the city.

I also was a bit surprised that testing wasn't something that was regularly done in the area. I'll bet that 50 years ago the pollution levels would have been even worse. 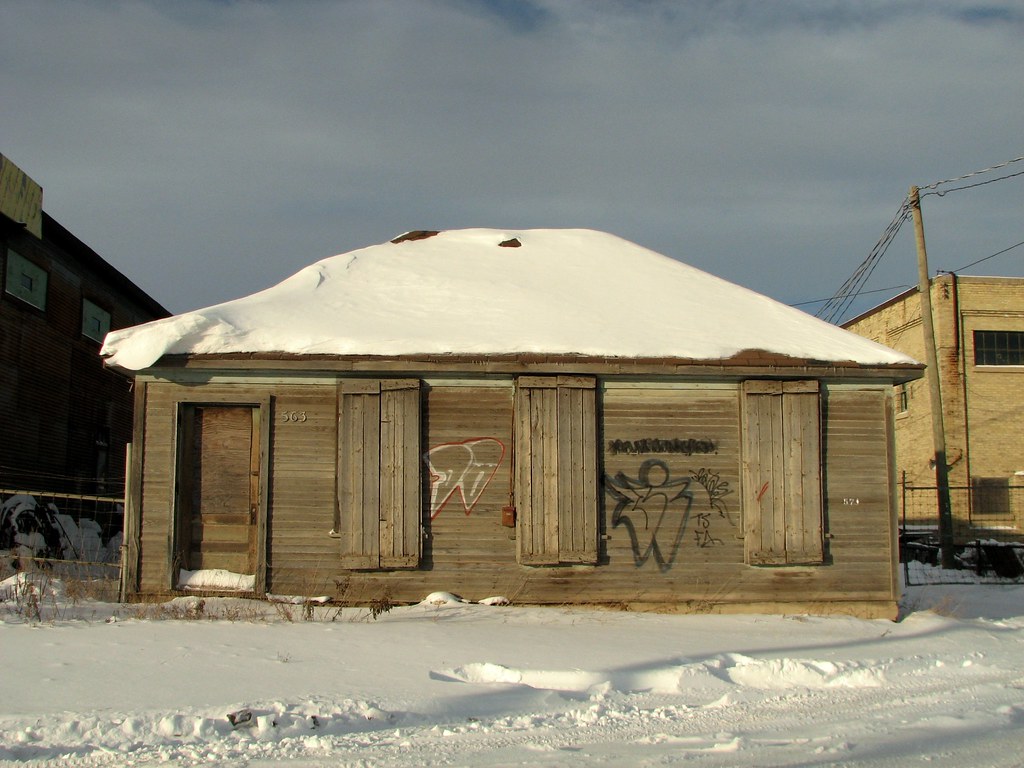 How do I know about Messier Street?

A few years back, I wrote a blog post for my Winnipeg Places blog about an interesting looking old building on Messier Street. To figure out its history, a Domtar building, I had to do a lot of background research on the street, right back to its origins, around 1920.

Using Henderson Directories and newspaper archives, I discovered a very industrial street. When I say industrial, I mean messy industrial, such as iron foundries, oil refineries, tar products manufacturing and a commercial coke furnace. Not to mention, it has also been home to the storage end of a small railway yard, the Greater Winnipeg Water District Railway, active since 1915.

Forget the pollutants belched into the air or that have seeped into the ground by these establishments, just the amount of coal smoke from the furnaces and engines required to keep them powered must have been quite the sight.


Another way to get a snapshot of the street is through the fire insurance maps of 1959 that include Messier Street. Though late in the street's development as an industrial hub, they show in detail the buildings that remained at the time.

There are a selection maps that include Messier available at Manitoba Maps on Flickr:

As both sources show, this was a not a short industrial period limited to a few years. Many of these industries were active into the early 1960s, after which the level of industrial manufacturing on the street seems to drop off.

While folks seem to be targeting a small industrial shredder on Messier as the root of their issues, St. Boniface's pollution woes are probably much, much worse than that. Efforts should be spent finding out what 50 or more so years of having some of the most insipid industrial pollutants raining down on the surrounding community has done to the land.

This might be a parallel ... In the early 1980s, it was found that the Domtar site in Transcona closed in the 1970s had leeched chemicals into surrounding lands where new housing developments were being built. Over 40,000 tones of earth was removed from the area and, in the end, the former Domtar site was still so polluted that it couldn't be built on. It is now a parkway.

I am guessing that not one single shovel full of soil has ever been removed from Messier Street or the residential neighbourhoods close to it since the closure of these businesses.


Here are just three of the major industrial players that have called Messier Street home over the decades.

Western Wheel and Foundries Ltd. was established by the Dominion Wheel and Foundries of Toronto in late 1919 for the manufacture of rail car wheels and brakes. Serving all of Western Canada, it was expected to produce up to 100,000 wheels per year with that number increasing in the years to come.

The above photo is of their Cobourg, Ontario facility which would likely have been smaller than the Winnipeg plant.

St. Boniface council, eager to attract new industry, gave the company tax incentives to locate in their city. In exchange, Western agreed that fifty per cent of the men they hired would be from St. Boniface and that the name "St. Boniface" be stamped into their products.

Business was good and in 1921 they expanded, spending $30,000 on new buildings and doubling its capacity to 200 employees.

The site later became known as Canada Foundries Ltd. and as of 1960 were still operating on the site. 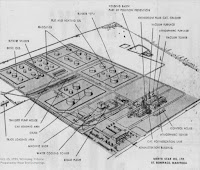 North Star Oil Refinery, like the rail yard, backs onto Messier Street. The first newspaper reference of an oil and gas company on this site comes in 1919 and was expanded again in 1921.

The site changed its names a number of times over the years. By the 1950s it was known as North Star Oil refinery.

In 1955, the site underwent a $12 million expansion of its facilities which included 173 acres. The new plant could refine 12,000 barrels of crude oil a day. There was also a massive tank farm, its largest units had a 55,000 gallon capacity and there were eight of them.

Domtar had been operating in Transcona for a number of years when, in 1923, they announced that they were opening a chemical manufacturing and tar distilling plant on Messier Street.

There were some who voiced concern that the smells and pollutants from the site could harm patients at the St. Boniface Hospital. Whether it was those concerns, or other reasons, the company scaled back its plans and the site spent its first couple of years mainly as a warehouse facility next to the tracks.

In 1925, Domtar constructed a factory for the manufacture of of tar paper for roofing. (Alexander Murray and co., another long-time industry on that street, also made roofing products.) A few years later, Domtar built a coke factory, basically a large industrial furnace that incinerated raw coal down into coke that was then sold a s a heating fuel.

Domtar moved from the site in 1962. (You can read more about the Domtar building here.)

Related:
Radio-Canada interviewed me about the above information and it is included in their news story:
Sol toxique à Saint-Boniface: le dossier sera traité en priorité

Excellent blog!
This information is very useful for my organization...
more detail detail contact us below link:
click here

In the "better late than never", thanks for your very informative post. I just came across it today as I was looking for information on the foundry. I grew up right around the corner from there on Provencher and never knew where the foundry was, though I had heard about it.

I have pictures of rail wheels with "Dominion Wheel, St. Boniface 1908" written on them. They were taken at the Winnipeg rail museum in Union Station back in 2014. I think that they were on the tender for the Countess of Dufferin. If you're interested, I can send you some pictures if it would add to your article.