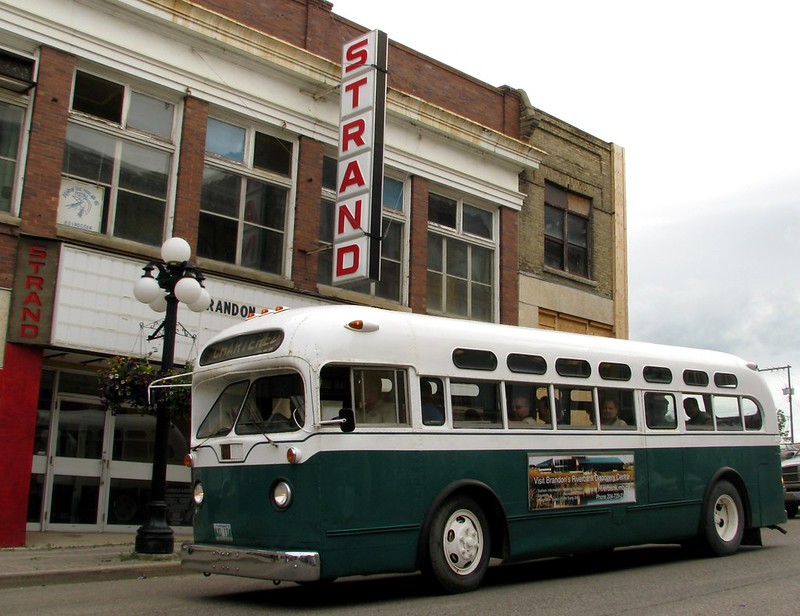 It's a sad day for Brandon's 101-year-old Strand Theatre as the public tender for its demolition closes at today 2:00 p.m..

One year ago, almost to the day, I wrote a column in the Winnipeg Free Press about the history of the Strand, which had sat vacant since 2005, and how it received a new lease of life when it was sold to Brandon University by Landmark Cinemas for $1.

It didn't take long for the news to sour as the engineers hired by BU determined that the building was not salvageable. From the Brandon Sun of Feb 14, 2017: "Probably in the last six to eight months, you can see we’ve lost the integrity of our roof membrane," said Michael Maendel, engineer with Burns Maendel Consulting Engineers. "When water comes into a building, you get more freeze/thaw cycles and more damage. This has been one of the challenges."

If there is a silver lining to the story, it is that the Strand project got BU thinking about creating a downtown campus. They are currently working to assemble a seven-lot parcel of land for such a purpose.

Sadly, the Strand will not be part of that expansion. 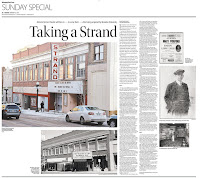 You can read a clipping of that January 2017 column by clicking the above image.

For some other Brandon-related posts I have written over the years, check out this list. Some of the entries are years old and have developed formatting and broken hyperlink issues which I hope to clean up soon.

A shame. The Strand was a wonderful cinema.

I remember watching LotR The Two Towers back in Dec 2003 at the Strand. It was a great venue and a shame that it will be demmolished.