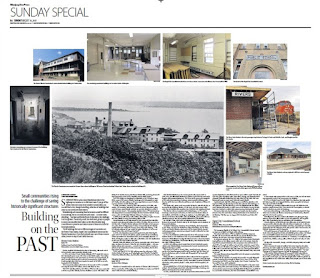 My column in today's Winnipeg Free Press takes a look at three vacant rural Manitoba buildings and the efforts to preserve them. In these three cases, they have been campaigns decades in the making.

As you drive around the highways this summer, be sure to get off the beaten track and check out some of our small towns, villages and hamlet to see what secrets they share !

Here is a link to the story. Thee are the buildings I take a look at: