The story behind Winnipeg's Beaver Lumber 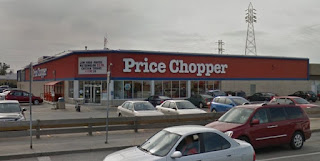 I often say that every building has a story - or ten - to tell, so when Price Choppers closed earlier this year, I thought I would take a look back at the building's history.

I wasn't expecting to find much, as the building was constructed in 1968. It turns out, though, that this was Beaver Lumber's very first Winnipeg store - a surprise to me since the company was established here back in 1906.

Here's a look back at Beaver Lumber's history in our fair city. 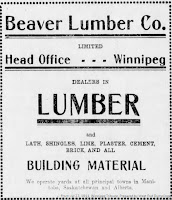 Beaver Lumber's roots can be traced back to 1883 and the Banbury Bros. Lumber Company of Wolseley, Saskatchewan. For the remainder of that century they amalgamated with other Saskatchewan lumber yards to create a small chain.

Seeking to expand further, in 1906 the Banburys came to Manitoba to find partners and investors. The result was the creation of the Beaver Lumber Company.

The company headquarters were established in room 47 of what was then called the Aikins Block, now the Bate Block, at 221 McDermot Avenue at Albert Street. The first manager was Herbert Crowe, formerly of the Prairie Lumber Company,

The company soon had nearly 50 lumber yards across the prairies under its banner, Within a couple of years, it relocated to larger premises in the the Bank of Toronto building where they would remain until the mid 1920s.

It was Robert J. Gourley, Beaver's President and General Manager from 1910 - 1956, who was responsible for much of the early growth of Beaver.

Gourley was from Brampton, Ontario and came to Manitoba to work in the banking industry. Over the decades, he served on numerous company boards across the west. (He was also a skilled curler, leading a Stratchcona curling club to the finals of the Brier in 1931.)

In 1912, the company entered the Alberta market, then to Northern Ontario. In 1938, they tackled central Ontario and, in 1955, British Columbia.

By the 1960s, Beaver Lumber consisted of 276 stores and boasted that it was the largest retailer of building materials in the country. Their success lay in the fact that they concentrated their efforts in small towns and rural areas.

In 1968, then-president Keith Kennedy announced ambitious expansion plans to open eight new stores per year in large urban centres. The first big-city store was at 677 Stafford Street at Pembina Highway in Winnipeg. (By this time, the company's headquarters were at 120 Fort Street.) 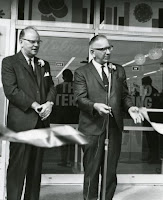 Winnipeg mayor and MLA, you old hold both positions together back then, Stephen Juba was on hand with Kennedy to cut the ribbon at the 18,000 square foot store on May 30, 1968.

The store's first manager was Ken Moore. He began his career with the company at their Melita, Manitoba store in 1949. In 1953, he moved to Beaver's head office as a buyer but eventually went back to managing stores. 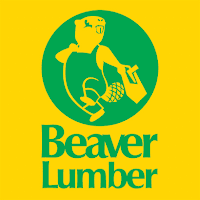 The expansion proved a success and soon attracted the attention of Molson Canada. The brewer was looking to expand into other business lines, hardware being the first.

They had just purchased Ontario-based Aikenhead's Hardware and, with the support of lumber company Macmillan Bloedel, went after Beaver.

In 1971, Molson's began buying up shares of Beaver Lumber stock and it was fairly easy pickings. No one shareholder owned more than ten per-cent of the company.

Later that year, Molson's announced that it already controlled nearly twenty per-cent of the stock and were seeking to take over the rest.

At first, Beaver resisted, then it tried to negotiate a better share price. Not owing much of its own stock, however, gave it little bargaining power.

In the end, Kennedy suggested to shareholders that they take the buy-out, though in a letter to them stated: "Beaver Lumber has developed a proud and widely respected name in the industry. Losing its independence is viewed with great regret by the board of directors."

Molson's was successful and by the end of the year owned Beaver.

This wasn't their only Winnipeg-based retail takeover. In late January 1972, just weeks after the Beaver acquisition was finalized, they announced that they had bought Winnipeg-headquartered Willson Stationers.

Under Alan Keyworth, Molson's president of Beaver Lumber from 1975 - 1980, the company's urban expansion continued. By the late 1970s, in Manitoba alone there were four "home centres" in Winnipeg and one in Brandon.

In the 1990s the tables turned on Beaver.

Like Beaver's board of directors in 1971, Molson's found itself facing a battle it knew it would not win. It decided to sell most of its Aikenhead's Hardware division to Home Depot in 1994 for $200 million.

One retail analyst likened it to Molson's getting at least something for their trouble, rather than holding out and being crushed in the retail market by Home Depot and lose everything.

Molson's dream of merging Aikenhead with Beaver to create a national hardware and building supply chain was gone. Seeing the writing on the wall, they announced a corporate restructuring that saw the liquidation its large, urban stores starting in January 1995. By March, they were all gone.

Beaver retreated to smaller towns. In 1999, its remaining 138 stores were sold to Home Hardware for $68 million.

Follow our signals NOW and make up to 270% per day.