My column today's Winnipeg Free Press is about  the city's first parkades !

The decade following World War II saw tens of thousands of Winnipeggers leave the core of the city to live in the suburbs. The problem was, most still worked and shopped downtown. This new urban arrangement meant thousands of cars were returning to the core on a daily basis to look for places to park.

Many American cities helped alleviate the situation by building municipal parkades in the heart of their central business and retail districts. For Winnipeg, a combination of provincial regulations and a hesitation to make a final decision, meant that it was up to the private sector to fill the gap here.

A 1963 study by the city's parking authority declared that the number of privately-constructed parkades built or under construction between 1954 and 1964, a total of seven,  had adequately addressed the city’s on-street parking crisis. Its chair warned, though, that “constant vigilance” was needed to ensure that the problem did not get out of hand again.

Somehow the paper managed to screw up the images for the article in both the print and online editions. They're sort of fun to look back at though, so here they are in their entirety: 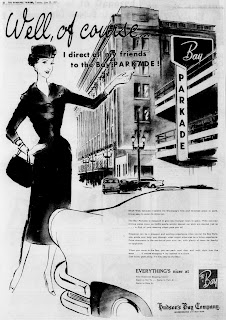 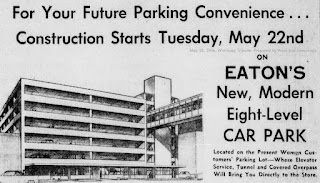 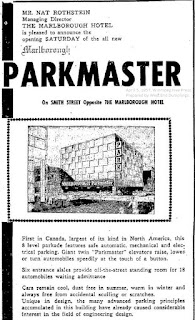 A portion of this one appeared in the print-only version: Allen Burdett, one of the “parkmasters” at the Marlborough Hotel’s Parkmaster parkade, in his pilot’s seat, which must have beena  fun job in the middle of winter: 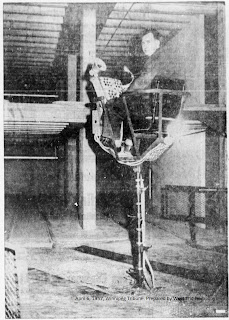 Isn't it kind of sad to seehow this City sat on it's hands, even back then?