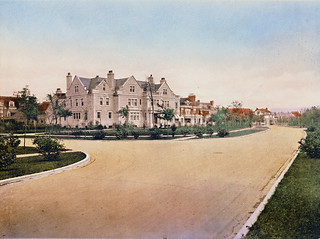 My column in today's Winnipeg Free Press is about one of Winnipeg's grandest homes. It was built  at 10 Ruskin Row in 1912 - 13 and unceremoniously torn down 50 years later.

I take a look at who lived there, what went on behind the walls and what led to its demise. 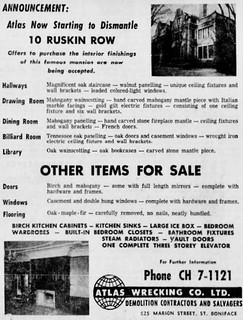 For such a grand home, not a lot of good quality photos of it exist. I gathered what I could from the Western Canada Pictoral Index, the Manitoba Archives and some grainy Tribune and Free Press shots, about 40 images in all, and posted them in this Flickr album !

Oh my goodness what a beautiful home it must have been! So sad to see these grand old gentlemen (it seems a masculine home to me) torn down...but what it must cost to keep up such a large old home. They were of another time. Beautiful.

In one article I read wile doing the research someone claimed that it cost $1800 to heat in the last year it was occupied. Assuming that was 1958, that's over $15k in 2016 dollars !