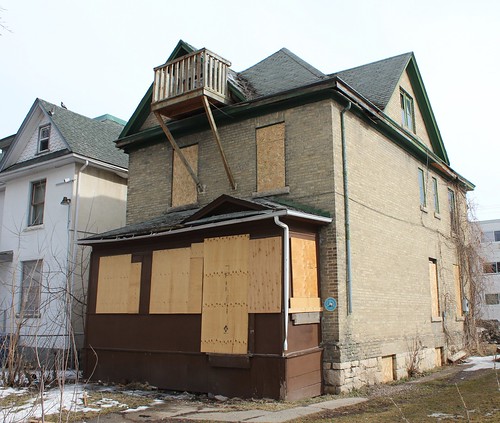 The house at 509 Spence Street, long-time home of Winnipeg Free Press editor John Wesley Dafoe and family, is looking worse for wear. Perhaps even ready for the wrecking ball?

The Dafoes were the first residents of this home, though it is unclear whether they had the house custom built or bought it from a listing. The original building permit was taken out in 1900, the year before they arrived in Winnipeg, but the 1901 Henderson Directory does not note a house, or even house under construction, at this address. In the 1902 directory, the Dafoes are listed as the homeowners.

At two and a half storeys and 2,181 square feet its size is not out of line with others on the street. It is set apart by the fact that it was built of brick, a much more expensive material than the timber used for the vast majority of West End homes. The double-sized lot, which gives it a 58 foot frontage, appears to be original as the property immediately to the south is numbered 507. 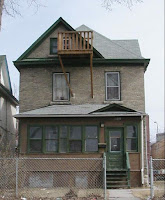 509 Spence would have bustled with activity as the Dafoe family consisted of wife Alice and seven children. The eldest six were born in Montreal in the 1890s, while the youngest were born in in Winnipeg in 1903 (died in infancy) and 1905. In 1911 John’s parents, Calvin Wesley and Mary Elcome Dafoe of Killarney, Manitoba, also resided there. Mary died at the home in 1913.

In 1927, when John was 62, he and Alice moved to much swankier digs at 1325 Wellington Crescent. Their youngest three children, Marcella, Elizabeth, at the time a library assistant at the University of Manitoba, and son Van, who worked at the Free Press, moved with them.

The next owner of the house is John “Jack” D. Johnstone and family, which appears to have consisted of his wife and at least four older children, Phyllis, Helen, George and Edward. Mr Johnstone worked for the Winnipeg Electric Company, the streetcar operator.

The Johnstone's always had at least one lodger and as the 1930s progressed and their children moved out, they turned it into an owner-occupied rooming house. By 1941 they rented out 5 rooms to people with occupations like machinists, carpenters, accountants, salesmen and hotel employees.

Another long-time owner was David MacVicar, from about 1944 to 1951. David and wife Martha had six children, though all were adults by this time, so they kept up the rooming house tradition.

In 1952 it was taken over by a tenant, a widow named Mrs. Sigurborg Miller who also worked at the YWCA.

The house is not considered historic by the city of Winnipeg, though it does have signage and a plaque as part of the Spence Neighbourhood Association's historic walking tour. 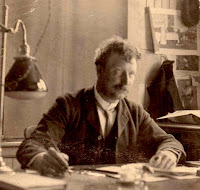 Here's a bit more about the man and hist time on Spence Street:

Dafoe was still in high school when his writing got him noticed and hired by the Montreal Star, soon appointed to its editorial board and sent to be part of the Ottawa Press Gallery. At the ripe age of 20 he served briefly as editor of the newly created Ottawa Journal. His first stint at the Free Press was from 1886 - 1892 when he worked under editor W. F. Luxton. It was then back east to be the editor of the Montreal Herald, then the Montreal Star.

In 1901 the 35-year old Dafoe returned to Winnipeg to become the Free Press' Editor-in-Chief where he remained until his death in 1944. During that time, he brought the paper to national prominence and, thanks to his participation in and coverage of international events, his words had a Commonwealth-wide reach. 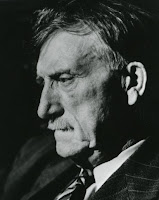 Source: U of M Digital Archives

Aside from his newspaper work and raising his family, there were many other significant events that happened in Dafoe's life while living at 509 Spence.

Dafoe was also chosen to be part of the Canadian delegation to the 1919 Treaty of Versailles. In 1926 he was given an honourary law degree from the U of M, (which he served as chancellor for during the 1930s and was credited with helping to save it from bankruptcy after John Machray embezzled the university's funds.) He is said to have turned down a knighthood during this period.

On Dafoe's death in 1944, Prime Minister McKenzie King said, “Mr. Dafoe contributed to shaping, as well as writing the history of our country. He was a recognized authority on international constitutional and political questions. On public affairs his views and opinions were widely sought. To leaders in public life he was a wise counselor and helpful friend." (Source: CP wire story in Jan 10, 1944 Winnipeg Tribune.)

Opposition leader John Bracken said, " With strong convictions and well-based principles, he exercised a wide influence throughout the land. He had a breadth of vision that never left him parochial in his views. he never championed a cause that left Canada, as a whole, poorer for his actions.” (Source: CP wire story in Jan 10, 1944 Winnipeg Tribune.)

Even the competing Winnipeg Tribune wrote in an editorial, 'The sudden death of Dr. J. W. Dafoe on Sunday robs Manitoba of her most famous citizen and makes this Dominion poorer by the loss of one of the greatest Canadians of our time.... A great man has gone from among us, whose like we shall not look upon again." (Jan. 10, 1944, Winnipeg Tribune.)

Update: The house was demolished in November 2016.