News that Kelly House at 88 Adelaide Street is empty again. For the past three years or so it was home to Cancer Care Manitoba's Challenge for Life Campaign offices.

Back in 2008 when it was facing demolition, I wrote a post about its history. Below is a rewrite of that post with some additional information and up-to-date hyperlinks ! 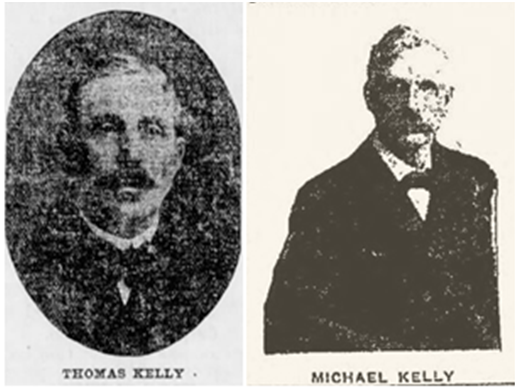 Kelly House sits on land originally owned by Alexander McDermot who sold it to Thomas and Michael Kelly. The brothers were a pioneer family in Winnipeg's construction industry with such firms Kelly Bros., Thomas Kelly and Son and the Manitoba Construction Company. Their reach expanded as far west as Vancouver. 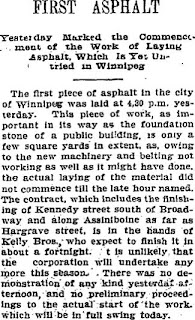 Besides buildings, they were also responsible for many public works, including bridges and roads. They even laid the first asphalt on Winnipeg streets, as noted in the above article.

It was Michael Kelly who designed and had Kelly House built starting in September 1882. Like his brothers, he came to New York from Ireland in the 1840s. There, he married Elizabeth O'Neill and the two began their family which eventually consisted of seven sons and three daughters. In 1877 they came to Winnipeg and in 1881 he went into partenership with Thomas in the construction business.

The Kelly family lived there for five years.

Kelly then rented the home out to architect James H Cadham. The Cadham family, wife Eliza and five children, lived there from 1887 to 1901.

James H. Cadham was responsible for designing over thirty buildings in the Exchange District and downtown, many of them built during the time he lived on Adelaide. The Galt Building (103 Princess) and Whitla Block (70 Arthur) are just two examples of his work.

Cadham’s son, Frederick Todd Cadham, lived at Kelly House until he was 11 years old. He went on to become a pioneering doctor in the field of bacteriology and hygeine, a long-time professor at the U of M and head of Manitoba's public health laboratory, (which was later named the Fred T. Cadham Public Health Laboratory in his honour).

In late 1901 the Cadham's moved out and by that time the commercial activity of Exchange District had overpowered the small residential neighbourhood within it. Kelly House became a rooming house, still owned by Michael. Around 1908 it appears that Thomas may have taken ownership of it.


The Kelly name was sullied with the Manitoba Legislature Scandal ca. 1915. Under growing allegations of kickbacks, misappropriation of funds and theft of building materials, the construction process was stopped in 1915 and a Royal Inquiry was held. The inquest brought down the government and tore apart the families ties of the three Kelly Brothers. Micheal, however, was cleared of any wrongdoing. (For a more detailed account of the scandal see Cherney's articles in WREN: part 1; part 2; part 3; part 4.)

Michael Kelly died in 1923 with his reputation intact but it seems that his house became tied up in the legislature scandal thanks to Thomas' involvement in its ownership.

The house become property of the city in 1921 and remained so until 1948. (I can't find a reason as to why the city became owner or why they kept it for so long. Specultion is that it may have been seized as an asset of Thomas Kelly.)

During the years of city ownership it appears that the house was closed up.

Once back in play, it appears as if the house continued to be a rooming house, or at least divided into at least two residences. In 1979 it was was given heritage status as being "significant for both architectural and historic reasons”.

During their time there a number of notable films were made. John Paizs' The Three Worlds of Nick (1984) became the first WFG first film to be screened at Toronto's Film Festival. In 1985 John Paizs' Crime Wave is released and became a cult classic, (check out this CBC story and this fansite. It is also said that some scenes from Guy Madden's Tales from the Gimli Hospital are filmed inside Kelly House.

Over a decade later, it  was featured in a series of juvenile fantasy books by Rae Bridgman as the entry point to the secret world. In the early 1990s the building got new owners, Adelaide Investments, who had very different plans for Kelly House. It ended up sitting empty for about a decade when the owner applied to have it's heritage status de-listed. It was the first step in applying for a demolition permit to create more parking for his neighbouring property.

In November 2008 the city's Standing Policy Committee on Property and Development voted down the motion to remove the historical designation. Instead, they paired up the owner with CentreVenture to see if they could work out a redevelopment plan. In March 2009 the two announced that they had come to an agreement to split the $450,000 in renovations required. The following year It became home to the Cancer Care Manitoba's Challenge for Life Campaign offices.

Also:
Here are a few newspaper clippings that i came across that will give you a sense of what Kelly's neighbourhood would have been like. The residential nature can be seen in the ads for houses and hotels: 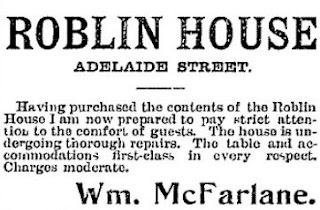 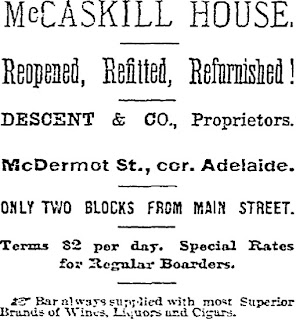 Some neighbourhood businesses where Kelly may have shopped: 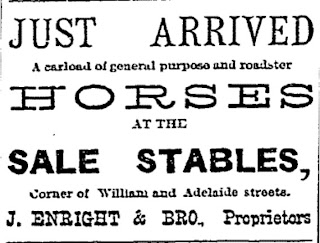 The list below are still in progress - sorry if they are a bit messy !

It’s difficult to piece together a complete list of the works accredited to Michael. While in partnership with his brother Thomas. Also, the Kellys were for the most part contractors, not architects, and contractors don't get as much mention in building indexes. Micheal, though does get credit for being the architect of Kelly House) .

This is a partial list of some of Kelly Brothers works. An interesting to note that two of their projects, the St. Andrew’s Locks and Dam and the Winnipeg Aqueduct, are designated “National Engineering Historic Sites” by the Canadian Society of Civil Engineering. The former is also a National Historic Site.

If you need your ex-girlfriend or ex-boyfriend to come crawling back to you on their knees (no matter why you broke up) you need to watch this video
right away...

(VIDEO) Text Your Ex Back?

A very good article. Thanks to the author.

Very useful information for people, I think this is what everyone needs.