Before today's game, take time to remember the Winnipeg Falcons 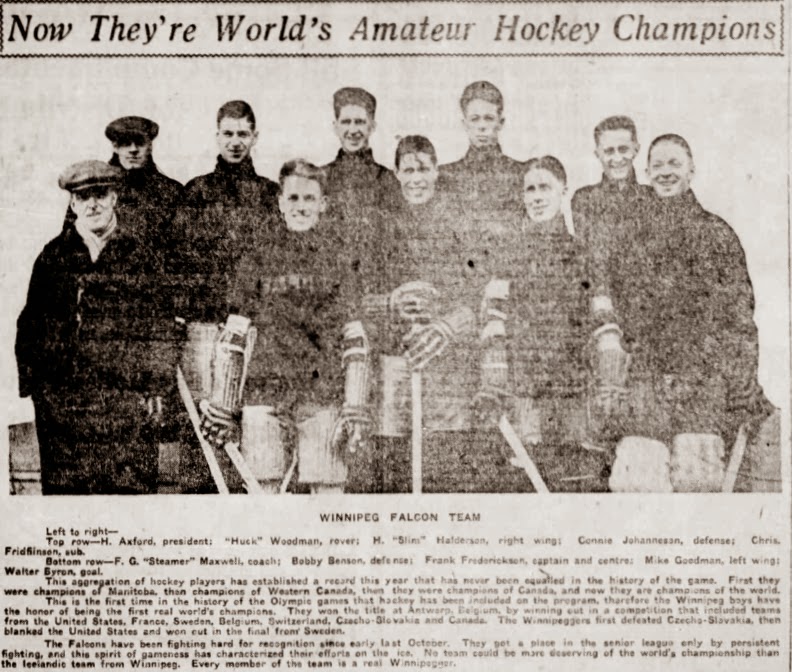 On April 26, 1920 in Antwerp, Belgium, this team made up mostly of Icelandic immigrants and their descendants from around the West End and North End dominated opponents from countries like the USA and Sweden to take the tournament.

Despite the fact that many locals looked upon Icelanders as being near the 'bottom of the barrel' amongst immigrant groups, stereotyped as uneducated and impoverished, the city as a whole celebrated their victory. A Free Press editorial of April 28, 1920 trumpeted:

"The victory of the Falcon hockey team of Winnipeg over all-comers at the Olympic tournament at Antwerp is a matter of pride for all Canadians, and for Winnipeg people especially. The Falcons, representing the Dominion of Canada, have demonstrated to the world the stuff of which young Canadians are made"

As tends to happen with many great stories from our history, this one was largely forgotten. It was thanks to Manitoba hosting the World U-17 Hockey Championships in 2001 that there was a rediscovery of their feat and a resurgence of interest in the team. The federal and provincial governments recognized the descendants of team members and Team Canada dedicated the tournament to the 1920 Winnipeg Falcons. 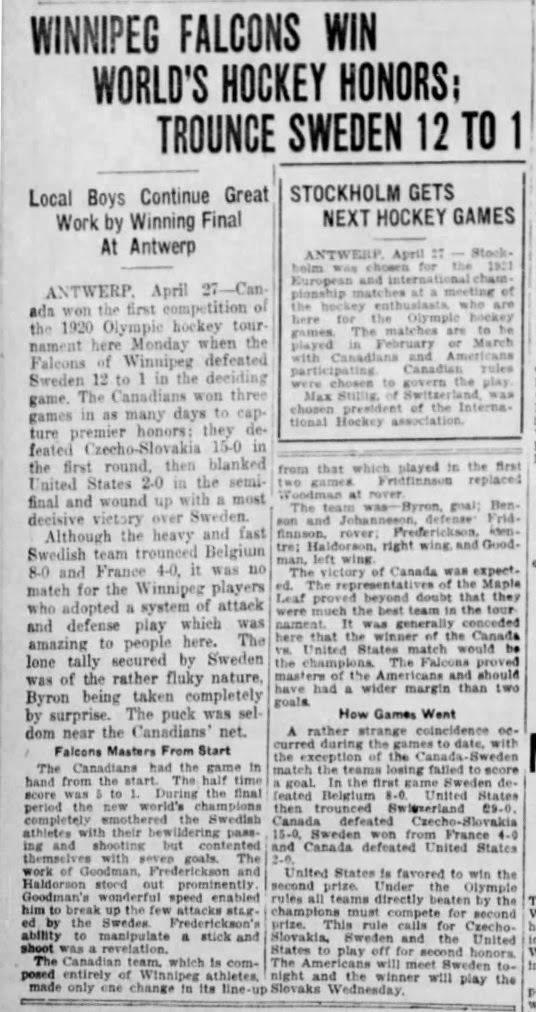 BlueHost is ultimately the best hosting company for any hosting plans you might require.