There are some great houses tucked away in Winnipeg. The above is known as Bright House located at 484 Sargent Avenue just west of Balmoral Street. It's a lonely house, the blocks around it are now mostly modern apartment blocks and commercial buildings. It fell on hard times in the 90s and 00s and was eventually boarded up. In 2009 a new owner applied to convert it from a rooming house into a duplex. 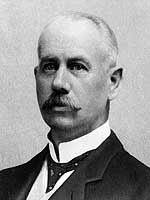 The house was built in 1907 by businessman Albert Bright. He had a number of business interests but is best known for his partnership with Kenneth Johnston in Bright and Johnston Fruit Wholesalers that operated throughout Western Canada. 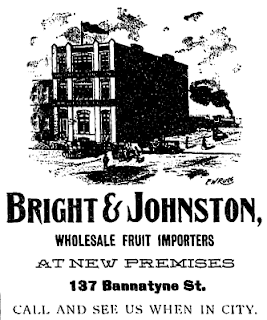 In 1898 Bright and Johnston moved into what is now the MacKenzie Block at 141 Bannatyne and within a few years built a mirror-image extension now called the Swiss Building at 137 Bannatyne.

In 1905 Bright decided to try his hand at residential development. He financed the construction of Balmoral Court Apartments at Balmoral and Sargent and two years later had this home built on the neighbouring lot.

Since the 19-teens the house has been a rooming house, home on average to 5 people at a time through to the 1960s. Most were retired people or middle class workers like clerks and accountants.

During World War II it was home to members of the Kennington Family. Two brothers, Kenneth and William,  were overseas with the Queen’s Own Cameron Highlanders and Lord Strathcona’s Horse, respectively. So was their brother-in-law Joseph Moreno with the Royal Canadian Rifles.

Their mother lived at Bright House and she was joined by her daughter and grandchildren. Thankfully, it appears all three men made it home safely.