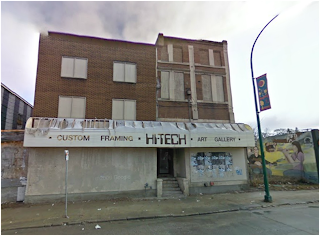 The city has demolished the former Manitoba Upholstering building at 281 Selkirk Avenue. One of the first, and certainly the largest, demolition under the 2004 Derelict Buildings Bylaw. 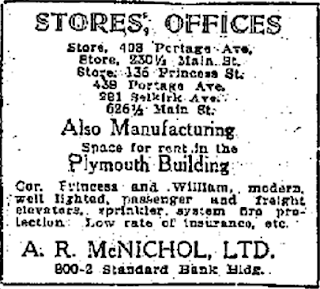 Number 281 Selkirk Avenue first appears for sale in the fall of 1926. The initial construction was the eastern section of the building, the warehouse to the west was a post WW II addition.

It took almost two years to find a buyer but in 1928 the Manitoba Upholstering Company moved in. MU was a wholesale manufacturer of chesterfields, chairs, cushions and some small furniture items.

The company first appears in newspapers in 1921 at 903 Main Street and by 1923 were at 372 Selkirk Avenue. The earliest mention of an owner that I can find is Benjamin Cohen, who later owned the Rothesay Apartments off what is now Vimy Ridge Park.

The company stayed under the radar. There are no newspaper ads or big stories, just a couple of small items to note.

In 1944 they were singled out in a Free Press article about the War Bonds drive. Every employee signed up donating 16.6% of their income to the cause making them one of the leaders in the drive.

Sometime after WWII the Bakal family was involved in running the company, Meyer Bakal until his death in 1965 after which wife Bella Bakal kept a management position until her death in 1971. 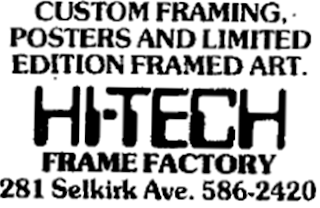 From September 1988 to mid 1991 it was home to Hi Tech Frame Factory and gallery. Then for a couple of years was a Sooters Photo Finishing Studio outlet. 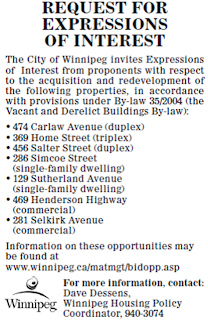 April 16, 2008, City of Winnipeg
The building became derelict and in 2006 the city ordered the property fixed up under the under the 2004 Derelict Buildings Bylaw and eventually seized it. In 2008 no offers of interest were received for the property so in 2009 the city decided to tear it down and sell the vacant land. The demolition of the 85 year old structure took place in June 2011 leaving another missing tooth along Selkirk Avenue. 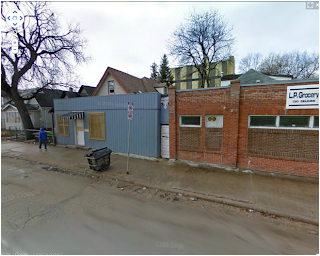 Directly across the street, the burned out house that surrounded L & P grocery at the corner of Charles Street has also been demolished. That, I've been told, will become a new housing project. A few lots east, though, here's a recent housing win.

For more Selkirk Avenue check out my walk from late last year with a number of links to Selkirk Avenue media. Also, there's this listing from Winnipeg Brick by Brick.

Thanks for the great post - it's nice to see these changes documented. Hopefully this type of information stays accessible for a long time - you know, hopefully they don't invent something that replaces the internet or something. Once upon a time, people probably thought that paper archives were the shizzle and that people would be storming in droves to look at them over the years!

Winnipeg has really bounced back from its 1990s malaise. Virtually every neighbourhood has enjoyed significant improvement since the 1990s. The most prominent exception, it would seem, is Selkirk Avenue.

On Selkirk, there is no trace of the heady economic growth that the rest of the city has enjoyed over the past dozen years. This is just another sad footnote to that story.

Does anyone know the history of the building that stood at the north west corner of Selkirk and Keewatin and when it was built & demolished?

In the Henderson directory of 1931 and 1935 it may have been listed as city well #5 but I'm not sure if that is the building either.

Stories or pictures would be great!

It doesn't ring a bell. You might want to try posting at the MHS' Q and A page as well. http://www.mhs.mb.ca/questions/