Image source: Anybody Want a Peanut 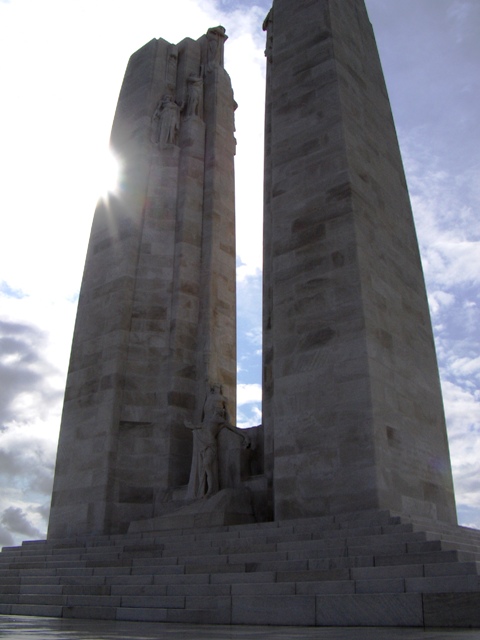 This year's anniversary will be especially meaningful. Back in February John Foster Babcock, Canada's last known World War One Veteran, died at the age of 109. For many years the Canadian Government planned to mark the passing of this final link with a state funeral. Babcock, however, declined that honour. Instead, a number of commemorative and educational events will be held across the country.

Q: Do you believe history keeps repeating itself?:
"Yes, I guess it does but hopefully one day we will get it right and not kill each other."
John Babcock
Babcock media:
Message from Queen Elizabeth on the end of an era
Statement from the Governor General gg.ca
CEF WW1 Soldier John Babcock Blog
Last Veteran of The Great War Dies CanWest (also source of image)
Obituary and video interview clip CBC.ca
Bio and interview for Veteran's Week '06 Veterans Affairs Canada.
Vimy ceremonies salute last WWI Vet - CBC

Veterans Affairs has created "End of an Era" with links to relevant World War One and Vimy information, including a photo gallery. And now, they are gone –and all Canadians mourn our collective loss. Yet they will remain forever etched in the hearts of a grateful people and on the pages of our history as symbols of service, honour and dedication.
In our minds and in our hearts always, we will remember them.
Queen Elizabeth II, April 9, 2010
More Vimy Links:
Vimy remembered - CBC Archives
Battle of Vimy Ridge - Canada at War
Vimy Ridge Day (a personal account) - Anybody Want a Peanut