Paul Melsted Clemens was an Icelandic structural engineer and architect who had a major impact on Winnipeg's urban landscape, particularly in the West End. He was likely the first Icelandic architect to practice in Manitoba, possibly Canada, and was part of a local Icelandic construction scene known primarily for erecting middle-class apartment buildings.

This post was written using dozens of sources, mostly newspaper articles, and biographical assistance provided by the from the Clemens family. Part two of this post is a "buildingography".


Paul Melsted Clemens was born at Reykjavik, Iceland on August 4, 1870 and emigrated to Chicago with his parents and brothers Jon and Thorkell, in 1884.

The Clemens family, except Paul, came to the Argyle Settlement near Argyle, Manitoba in 1898. Paul had enrolled at the Armour Institute of Technology in Chicago in 1896 to study structural engineering and architecture. He most likely joined them after finishing his studies ca. 1900.

Clemens first appears in the Winnipeg street directories of 1902 and 1903 living at 46 Austin Street, (now demolished). Curiously, his occupation is listed as "labourer". (Initially, I thought this may have been another Paul Clemens, but in 1903 his brother Thorkell is listed as living with him. The profession could just be an error on the part of the Henderson Directory's door knocker or he may have worked in construction to make the money needed to get his practice up and running.)

The first professional mention of Clemens can be found in the classified section of Winnipeg's newspapers in May 1903 as "Johnson and Clemens - Architects". His partner was fellow Icelander Isak Johnson. They operated from 410 McGee Street which was the home of contractor Swein Brynjolfson and where Johnson was renting a room.

The partnership was short-lived. In 1904, Johnson went into real estate for a couple of years before moving further west. Clemens began his own practice as an architect and structural engineer with an office in the Ryan Block.

By early 1905, Clemens had moved his office to the Duffin Block at 470 Main Street. He was also the owner of a newly constructed house at 445 Maryland Street where he again lived with brother Thorkell who by this time was a collector at Olafson and Company, a flour and feed company located on King Street..

On August 15, 1905, Clemens married Laufey G. Goodman (Gudjonsdottir) in Winnipeg. She was born in 1884 in Akureyi, Iceland and came to Canada with her family at age 16.

The wedding took place at the family home at 445 Maryland Street and was presided over by Clemens' brother, Rev. John J. Clemens of the English Lutheran Church of the Holy Trinity at La Crosse, Wisconsin. The couple moved into the Maryland Street house after honeymooning in the U.S..

Paul and Laufey had five children, starting with Paul Henry in 1906. By the time their second child, Thorkel George, arrived in 1910 they had purchased a home across the street at 448 Maryland Street. They moved once more in 1917 to 498 Maryland Street. (See the end of this post for a list of all of their children.)

It is likely that the bulk of Clemens' early work consisted of drafting and engineering work as the first newspaper mention of him designing a building doesn't come until 1905. It was the Thorstein Oddson family residence on Sherbrook Street.

Oddson, also from Iceland, was a local builder turned real estate man. Four years after the construction of the house, Oddson got into the development game and funded the construction of a number of apartment blocks in the West End, primarily along Burnell Street.

Clemens was one of about 40 architects who met at Manitoba Hall on May 25, 1906 to establish the Manitoba Architects Association. At times, he served on its executive including second vice president in 1912. 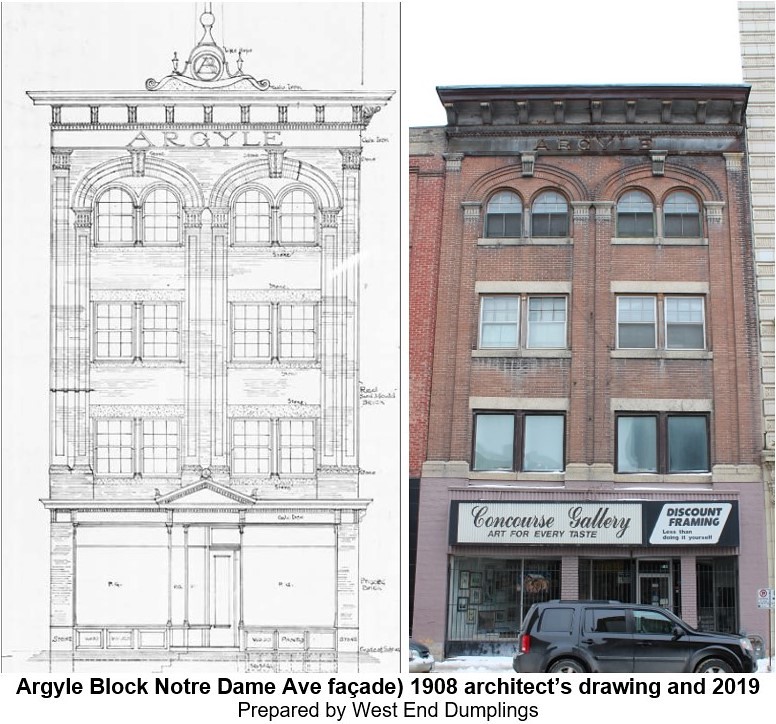 In 1907, he moved his office to  219 McDermot Avenue and designed another home. This one was for long-time city alderman and auctioneer A. H. Pulford, located at 39 East Gate.

The following year came the Argyle Block, a building unique because of its dual facades facing both Notre Dame Avenue and Garry Street. Once the building was completed in 1908 Clemens relocated his office there and used the 331 Garry Street address.

It was during this early stage of his career that Clemens diverged into politics. He appears often in newspaper stories from 1908 - 1915 as one of the leaders of a newly formed Direct Legislation League of Manitoba which advocated for "direct government".

The movement, which was gaining popularity in Western Canada at the time, sought to "destroy the private monopoly of legislative power and establish public ownership of government". Followers believed this could be achieved by allowing citizens to introduce bills to the legislature, using referendums major issues, and electing officials by proportional representation. (For more on the movement in Manitoba.)

Clemens was also the Manitoba representative for the American-based Henry George Association and brought in numerous speakers from the U.S. to lecture about the benefits of the "single tax". Its likely that his involvement with the movement began in his Chicago days as part of the Chicago Single Tax Club. Over the decades he wrote numerous letters to the editor on the subject as well as contributed articles to various "single tax" publications. 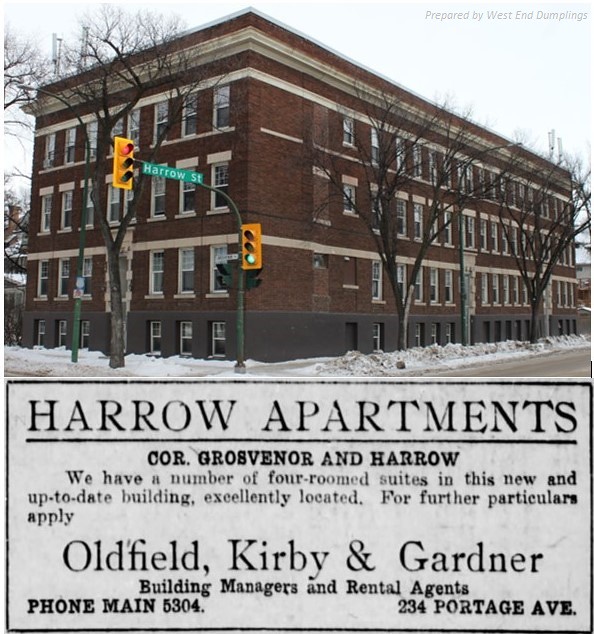 Clemens was a busy man for the next few years. Aside from a couple of stately homes, the bulk of his work was apartment blocks. His Biographical Dictionary of Canadian Architects entry credits at least 27 blocks to his name. Many were designed for Icelandic developers such as Thorstein Oddson, Albert C. Johnson, B. Bjarnason and L. Jorundson.

Clemens' architectural biography lists a few projects other than residential developments, such as the North Winnipeg Hospital on Anderson Street, which never ended up getting built, and a couple of public school projects in communities outside of Winnipeg, it is unclear if these were constructed.

During this busy time Clemens had draftsmen working for him. John Poole ca. 1912 and Arthur Saword ca. 1913.

The local construction industry slumped in 1913 when the city fell into a major recession after wheat prices and property values plummeted. This was followed by World War I which brought many developments to a standstill due to a lack of materials, manpower and capital.

The last known projects credited to Clemens are a trio of apartment blocks in the spring of 1914.

Clemens continued to be listed in the Henderson Directories for the next decade as an architect. It is likely that he was working in other aspects of the building trade or on contract to other companies.

In 1919, for instance, Clemens is listed as working for Dominion Bridge. From 1920 - 1921, he is a draftsman, then an architect, for the provincial government.

The only building credited to him during his stint with the province is a Manitoba Power Commission office building. This was likely never built as street directories show that through the 1920s the commission's offices were split between the Curry Building and the Electric Railway Chambers. 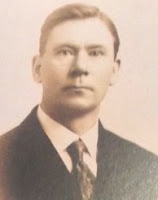 In late 1925, Paul and Laufey Clemens returned to Chicago with their three youngest children. Paul Henry stayed in Winnipeg to finish high school.

The couple did come back to Winnipeg for visits. Laufey, in particular, appears to have returned to Winnipeg for longer visits as she is mentioned by name in the Henderson Directory of 1954. She died at the Betel Home in Gimli on September 13, 1980.

Paul M. Clemens eventually moved to Norfolk, Virginia to work for the U. S. National Advisory Committee for Aeronautics (NACA). According to family, after he retired he stayed with some of his adult children before finally moving to Excelsior Springs, Missouri. He died there on October 14, 1966 and his body was returned to Manitoba and buried at the Ashern Cemetery.

In 1975, group of 235 architectural drawings were donated to the Archives of Manitoba after the closure of the City Lumber Co. Ltd.. Most of them were by Clemens.

Thank you Christian!
I would never have known all this about my Afi's work without your passion for the history. And if cousins have any other information about family timetables, we'll make sure to forward to you.
With much gratitude,
Lenore