Once the rural fringe of the city, the West End west of Arlington Street developed into a cozy middle class neighbourhood between 1908 and 1915.

In 1909, Greenway School opened on St. Matthews Avenue at Burnell Street and in 1919 was expanded to become the largest elementary school in the city.

Burnell Street was a little different from its neighbours. Rather than being predominantly residential, the west side of the street became home to a number of industrial, high traffic sites. They included the Canada Bread bakery, Bryce’s Bakery, the Grey Goose bus garage and Crescent Creamery ice cream plant. Further to the west on St. Matthews Avenue was the Minto Armouries. 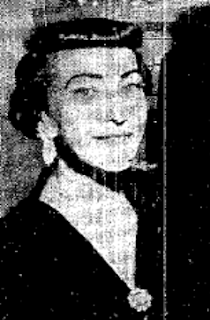 Given the amount of commercial traffic that passed the school every day, officials worried about the safety of pupils walking to and from school.

In 1935, Greenway School teacher Louise Staples was tasked with finding a solution. She would alter recount: "I had to do something, kids were just running wild across the streets and I couldn't do everything myself. Someone was going to get killed." (June 21, 1986, Winnipeg Free Press.) 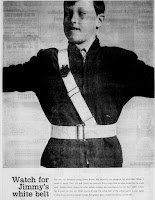 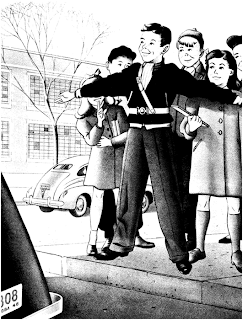 Staples organized a group of the older boys, with Doug McGhee as captain, stand guard at the surrounding intersections before and after school and at lunchtime. They were issued white Sam Browne belts so that children and motorists would recognize them as "patrols".

Constable Andrew Dunn of Winnipeg Police Department's motorcycle division was appointed the first supervisor of the patrol program. His job was to standardize the techniques used by the patrols and to provide road safety training.

To generate publicity for this new safety campaign, media were invited to an event on the front steps of Greenway School on May 1, 1936. Patrols demonstrated their safety techniques and Mayor John Queen formally presented them with their white belts. 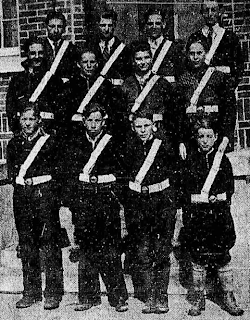 The program continued to expand in scope.

The police department, which supervised the program until the 1950s when it was given over to the Manitoba Motor League (now CAA Manitoba), received requests for information about the program from schools across the country.

Today, across Canada there are over 100,000 schoolchildren that act as school safety patrols each year. (Source: CAA) 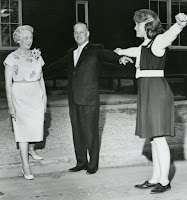 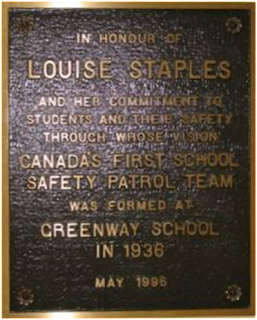 The Minnedosa-born Staples left Greenway in the late 1940s to teach at Hugh John MacDonald School. Also during the 1940s she served as the president of the Winnipeg Professional and Business Women's Club.

Staples eventually became the principal of Mulvey School, retiring in 1964. She died at Misericordia Hospital on March 23, 1988.

Staples is commemorated by the Louise Staples Shield, which is awarded annually to the most efficient school patrol captains in the province.

In September 2011 a mural called "School Patrols: Carrying the Vision" was unveiled at 719 St. Matthews honouring the woman and the program she created 75 years earlier.

"Would it be too much to say that the sight of these young patrollers doing their work conscientiously and wholeheartedly at busy intersections has been an example and inspiration to the adult community ? We do not think so”
Winnipeg Tribune Editorial, March 23, 1943