For decades Burnell Street was home to two of the province’s largest bakeries !

In 1911 Toronto-based George Weston merged with two other large Ontario bakeries to create the Canada Bread Company. Within weeks the new entity announced that it would expand into Winnipeg, their first step towards creating Canada's first national bakery.

Canada Bread bought up a number of independent bakeries such as Perfection, Western and Richardson's. They also bought a large stake in Spiers Parnell, one of the city's largest bakeries with a plant on Elgin Avenue. The latter was allowed to operate under its own name and management with the caveat that they could not compete directly with Canada Bread's "signature" loaves and cakes.

In October 1911 a $70,000 building permit was issued to George H. Archibald Company and in early November 1912 the plant opened. It was said to be the largest bakery west of Minneapolis at the time with fourteen ovens that could bake four-hundred loaves an hour. 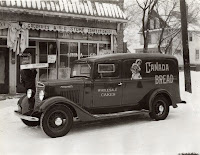 On October 2, 1998 the Burnell bakery shipped its last loaves.Canada Bread moved to a new baking facility on Berry Street. Since that time the buildings have been vacant.

In November 2011 the city cited the complex under the derelict buildings bylaw. At an April 2012 appeal hearing the owner said that he was "in discussions" with someone who wanted to turn it into housing.

Fore more on the December 2012 open house and information since, follow this link. To see more photos see my Flickr album.

In the 1890s John Bryce and his wife Esther came from Ontario and settled in Dauphin. By the turn of the century they were operating a bakery and grocery store. When his sons were old enough they joined him in the business and in 1922 the family decided to try baking on a larger scale opening a commercial bakery at Nassau and Gertrude in Winnipeg. 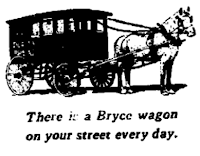 In a few years they outgrew the space and bought land on Burnell Street, just meters from Canada Bread. Architect Sydney Comber of Montreal and local contractor Hazleton and Walin were hired to create the $250,000 plant that opened on May 5, 1930. It was one of the largest in the West able to produce 7,000 loaves of bread per hour.

Sadly, John Bryce didn’t get to see much of the new place. He died suddenly in February 1931 while on vacation in Vancouver. He was 67 years old. It was left to sons R. H. (Hans), Cecil and Reginald to take the reigns. They opened another bakery in Brandon in the1930s.

In 1947 the Bryce's sold out to a Western-wide manufacturer called General Bakeries, though son Hans did buy a small bakery on St. Mary's and reuse the Bryce's Bakeries name. In 1967 General was bought out by McGavins and a number of their Western plants, including 320 Burnell, were closed.

Today, Kivalliq Inuit Centre stands on part of that site.

Fascinating information on how the Canada Bread name evolved. Interesting the name was originally used by Weston's bakery. Having worked for them for years the idea of 14 ovens pumping out 4,000 loaves an hour is amazing. Nowadays the average is 160 units a minute with one oven. Would be real interested how many people it took per shift to achieve 4,000 units per hour ?