Here is my ninth annual Christmas gift guide for the local history buff in your life. You will find books, t-shirts, magazines, mugs, memberships and more. Check back as there are bound to be updates.

A mainstay of any history buff's gift list is books, of course!
Here is a list of some great local history titles. Those with an asterisk indicate that they are new for 2018.

Please support our local and independent bookstores and your purchase does double duty by keeping these treasures around ! 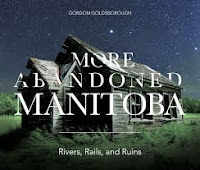 ** Gordon Goldsborough is back with MORE Abandoned Manitoba. This time, he focuses more on the history of abandoned structures in rural Manitoba. (Great Plains, McNally, Chapters)

** North East Winnipeg Area History is a limited-run book by the North East Winnipeg Historical Society that explores the history of Elmwood, East Kildonan and North Kildonan. (McNally, Blaine's). UPDATE: volume 2 is ready in early December and available by contacting the NEWHS.

** Rooster Town is the story of the life and death of this largely Metis community that stood near where the Grant Park Shopping Centre is now. Companion pieces about the research that went into this book can be found here and here.  (U of M Press, McNally, Amazon, Chapters)

** Memories of the Moonlight Special and Grand Beach Train Era takes you back to the firsts half of the 20th century when trains brought eager tourists to these resort beach communities. (Borealis Press, McNally)

** In Communal Solidarity  Immigration, Settlement, and Social Welfare in Winnipeg’s Jewish Community, 1882–1930, Arthur Ross explores the development of Winnipeg's early Jewish community and the formation of some of its key organizations, many which still exist today. (U of M Press, Amazon) 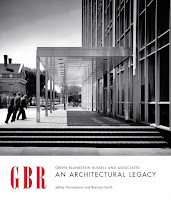 Jeffrey Thorsteinson (architectural historian) and Brennan Smith (art historian) team up in Green Blankstein Russell and Associates: An Architectural Legacy. This local company went on to become one of Canada's preeminent modernist architecture firms of the 1950s and 60s. (WAF, McNally Robinson) 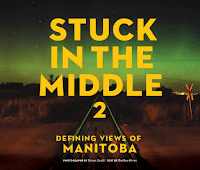 Bryan Scott and Bartley Kives are back with their second instalment of unique photos and commentary. (See below for their first offering.) Stuck in the Middle 2 ventures where SM1 didn’t: outside the Perimeter. (Great Plains, McNally Robinson, Amazon) 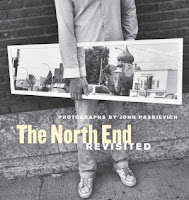 Photographer John Paskievich revisits the places he photographed in the 1970s – 1990s for his book in his book The North End in The North End Revisited. Check out this interview with Colin Corneau. (U of M Press, McNally Robinson, Amazon)

In 1992, Susan Thompson became the first woman elected mayor of Winnipeg. Her memoirs look at her background and the challenges she faced in the male dominated world of civic government.(Friesen Press, McNally Robinson, Amazon) 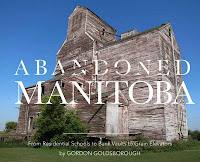 Abandoned Manitoba is a collection of remnants of the past from around the province. The sites, from grain elevators to military installations and mine shafts, are beautifully photographed and well researched to tell their story. (Great Plains, McNally, Amazon)

The Winnipeg Architecture Foundation continues to add items to its bookshelf. Check out the Colour Your City colouring book featuring dozens of Winnipeg's best known buildings. There is also a new children's guide called Exchange Marks the Spot and their ever-growing collection of illustrated walking tour pocket books as well.

Relive the Jets' golden age with Geoff Kirbyson's The Hot Line: How the Legendary Trio of Hull, Hedberg and Nilsson Transformed Hockey and Led the Winnipeg Jets to Greatness. (Great Plains, McNally, Amazon)

Manitoba loves its pro wrestling but its roots go back much further than the days of Stampede Wrestling. Thrashing Seasons looks at the sport's evolution through the 19th and early 20th centuries. (U of M Press, Amazon)

In the world of fiddle music, Woodridge, Manitoba's Andy Dejarlis was - and is - a legend. Andy Desjarlis: The Life and Music of an Old-Time Fiddler looks at his life and his dedication to his music. To get you in the mood, check out some of his songs on YouTube! (Great Plains) 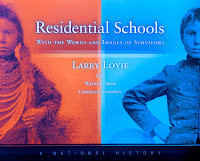 Residential Schools, With the Words and Images of Survivors, A National History is a first hand account of Canada's residential school system. It includes many historic photographs of students and their communities as well as images and site maps of of the school buildings. (Portage and Main Press - preview) 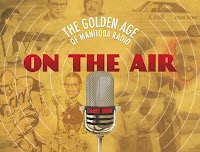 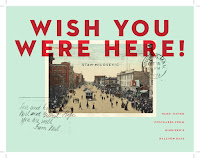 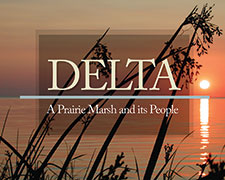 Betty: The Helen Betty Osborne Story is the latest graphic novel by David Alexander Robertson recounting the story of a dark chapter in our province's history. Illustrated by Scott B. Henderson. (Portage and Main Press, McNally, Chapters) 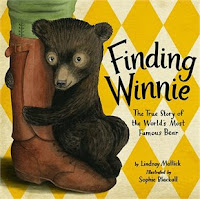 Brian Darragh, one of Winnipeg's last streetcar operators, put together this look back at our forgotten streetcar heritage. Check out the accompanying website. (Amazon, McNally, Friesen's) 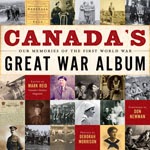 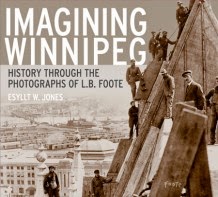 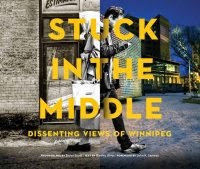 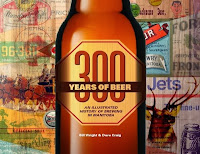 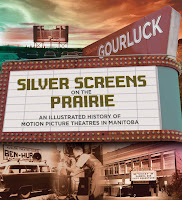 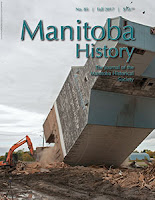 Manitoba History is the quarterly journal of the Manitoba Historical Society. Single copies can be purchased at McNally Robinson or get it free with your membership in the MHS. Contact them about back copy sales. (Check out a preview of the current edition)

No more snickering because The Beaver is now called Canada's History Magazine. Canada's History Society also publish Kayak: Canadian History for Kids. Both are produced right here in Winnipeg and you can order gift subscriptions through the links above. (also, check out their Pierre Burton beaver bow ties!) 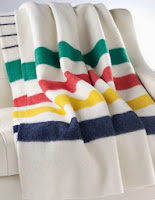 It's Winnipeg. It's winter. It's gonna get cold. Who wouldn't want an HBC blanket? If that is a little pricey for you, HBC has a range of products from t-shirts to Swiss Army knives and even dog sweaters.

Many museums have their own shops where you're sure to find something unique. Here are links to some of them: St. Boniface Museum - Manitoba Museum - Daly House - Musée St. Joseph Museum - Winnipeg Railway Museum - Heritage North Museum (Thompson) - Dalnavert Museum 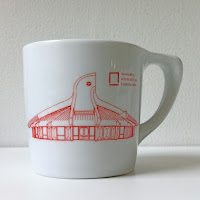 Besides their book collection, the Winnipeg Architecture Foundation has a wide selection of merchandise featuring iconic Winnipeg buildings. Pins, fridge magnets, mugs, tea towels and more. Shop online or visit them at 266 McDermot, (Mon - Fri from noon to 4:30) 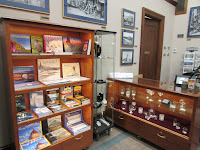 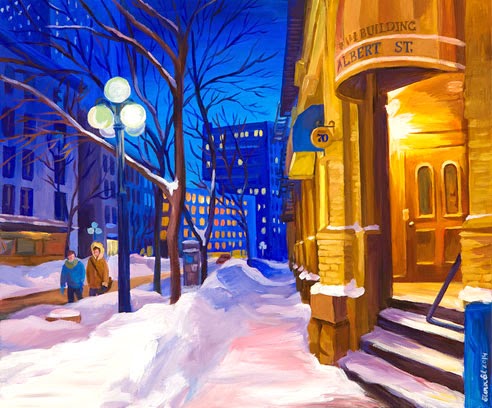 Heritage Winnipeg also has an online store that includes a collection of prints by Robert J. Sweeney or how about a copy of Fonseca's 1884 city map suitable for framing? Check out more items here.

From our finest buildings to our grungiest back lanes, Winnipeg photographer Bryan Scott (Winnipeg Love/Hate) has captured them all and his work can be seen displayed around the city. You can order prints of your favourites here.

Have fun and help out the Gas Station Arts Centre with Villageopoly. It's based on Monopoly, but has all of your favourite Osborne Village haunts. 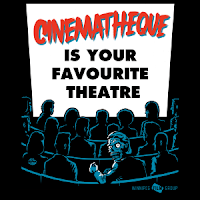 Take home a bit of Manitoba's cinematic history with posters, books, and DVDs from the online shop at Cinematheque. Be sure to check out  On the Trail of the Far Fur Country.

Aside from their shop, the Manitoba Museum also invites you to adopt an artefact from their collection. It costs between $35 and $500, depending on the object, and you can switch it up year after year! 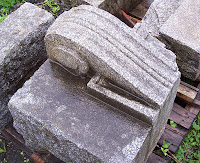 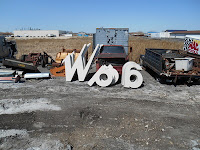 Winnipeg's Salvage Supermarket offers a wide range of old building materials, from the mundane to the downright odd. Want some letters from the giant signs that hung on the side of the Winnipeg Convention Centre or perhaps a floor safe? Check out their miscellaneous section.

I fall else fails, remember that museums and heritage groups run on shoestring budgets and are always looking to sell memberships and accept donations. Why not buy someone a membership or make a donation on their behalf ?