After years of demands from local government officials, it appears that the abandoned Skinner's Wet 'N' Wild water slide structure on Highway 44 in Lockport might finally be demolished. 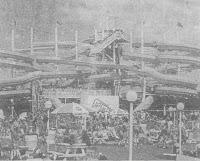 In May 1984, it was announced that Wet 'N' Wild would receive up to $150,000 from Destination Manitoba to build a water slide park at Lockport, Manitoba. (DM was a 1980s government initiative funded 60% by the feds and 40% by the province to promote tourism and tourism development projects in the province.)

The slides weren't just a big tourism draw for the area, attracting about 1,200 customers on the average weekend in the 1990s, it was also where a few dozens area kids found their summer job each year. 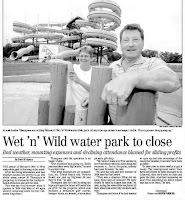 In the early aughties, a couple of unseasonably cold summers cut attendance and the increasing costs of both maintaining the aging structure and purchasing liability insurance for it, made the business economically unfeasible. It was closed in 2005. 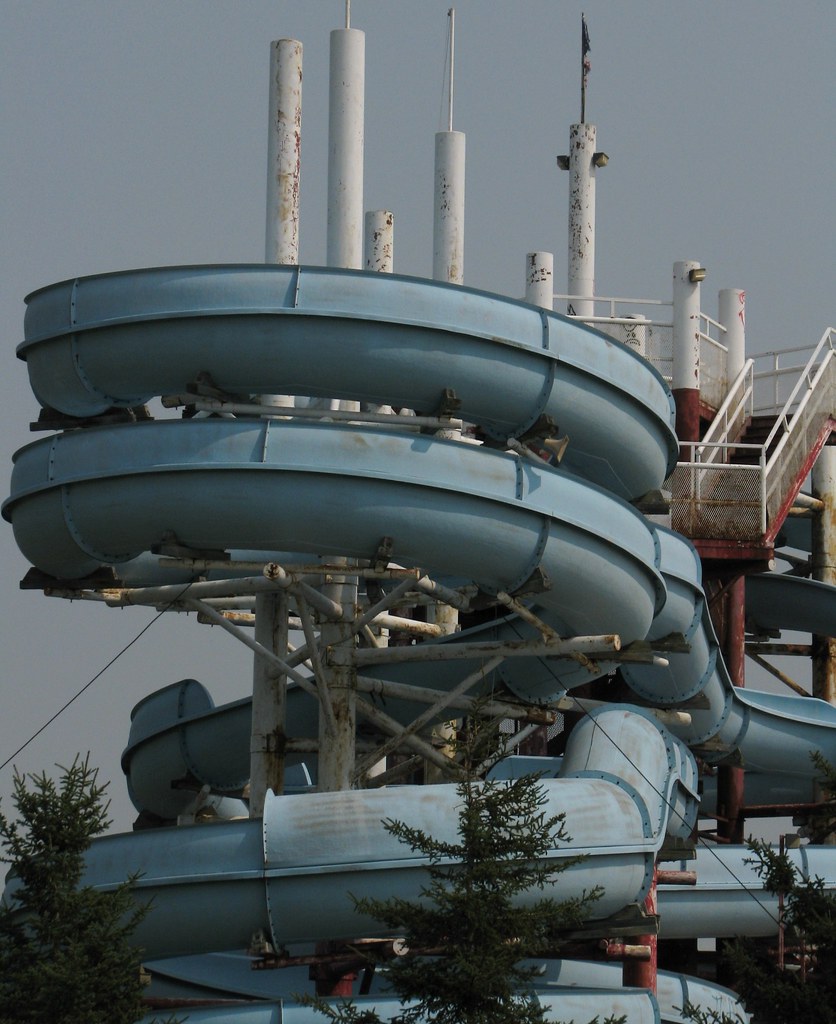 Around 2007, Skinners sold the 30-acre piece of land, including the intact water slide structure, to a development company. (A 2013 Free Press article says Skinners sold to Santa Fe Developments of India, which is has since relocated to Winnipeg. More recent stories say that Sante Fe purchased it more recently from a foreign developer.)

The assumption was that it would soon become a residential development.

The land was never developed and the structure became a favourite haunt for late-night partiers.

With concerns about the safety of those sneaking onto the site, St. Andrews municipal officials called for the structure's demolition in 2013, in 2015 and, after an out-building on the site was set ablaze, in 2017.

Heavy machinery recently appeared on the site which has led to the speculation that the structure may finally be torn down. (Also see.)

The Santa Fe Development website says that the land is slated for redevelopment in 2017 - 2018.

I was past the site on Sunday evening(oct1) and the slides and support structure have been torn down.

Get professional trading signals delivered to your cell phone every day.

Start following our signals NOW and gain up to 270% daily.

There is shocking news in the sports betting world.

It has been said that any bettor needs to look at this,

Watch this now or quit betting on sports...