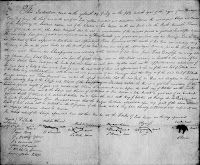 
Next week marks the bicentenary of the Selkirk Treaty, the first signed between First Nations and settlers in what would become Western Canada. There are numerous events taking place in the province, including Selkirk, Winnipeg, Peguis First Nation and Brokenhead Ojibway Nation, to commemorate the anniversary.

In the short time since Selkirk’s settlers first arrived in 1812, Peguis had proved himself invaluable in preventing the destruction of the settlement through his skills as a peacemaker and diplomat.

The Selkirk Treaty, as it has come to be known, on July 18, 1817 at the HBC post Fort Douglas, located on what today is Waterfront Drive in Winnipeg, was meant to seal that alliance and friendship that had built up between the two peoples. The signatories were Thomas Douglas, Earl of Selkirk and five Cree and Salteaux chiefs of the region, including Peguis. 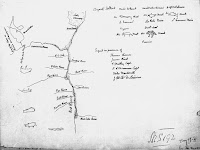 The document set out a very specific tract of land that the settlers could occupy in exchange for an annual payment of tobacco, (though that annual payment that never did take place.) The two groups successfully lived and worked together at a settlement at St. Peters until 1907 when those of First nations heritage were removed to nearby reservations.

The word "treaty" has taken on a negative connotation in recent decades, thanks to the "numbered treaties" offered by the Dominion Government starting 54 years later that forcibly relocated First Nations people from much of their land. The Selkirk Treaty, however, is still looked upon by many settler and First Nations organizations as what should have been the model for how the two peoples moved forward together.