Doors Open 2017 at the Paddlewheel Restaurant!

One of the new buildings to participate in Doors Open this year was the Bay downtown.

The store, of course, is open every Sunday but what made this day unique was that they opened up the 6th floor, home of the Paddlewheel Restaurant that has been closed since January 2013, for us to set up shop.

It was a crazy, overwhelming start as a couple of hundred people showed up in the lobby by 12:10. After that initial rush, though, things became more manageable and we had a chance to talk to people and tour them through properly.

In the end, just over 1,500 people came to visit and share their memories over the five hours!

There were a few questions that came up over and over again.

One was about getting copies of the handouts, both of which we ran out of. You can download a copy of the one-page history at this link or read it at my Flickr album, page one and two. Jennifer Lukovich's history of the Bay downtown can be downloaded here.

Images of the newspaper pages that were on the wall and my photos of the Paddlewheel are here.

Some of the images from the slideshows can be found on the Hudson's Bay Company Archives - Archives of Manitoba website or in person at the Archives Building on Vaughan Street, conveniently located right behind the Bay downtown! 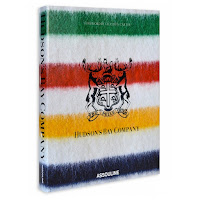 The book that was on display was Hudson's Bay Company by Assouline Publishing. (Funny story, I bought it at a used book sale the day before Doors Open - I didn't even have a chance to crack the cover before I put it out.)

Sadly, it was a limited run of 12,000 produced for the 2011 holiday season and no longer appears on the Assouline or HBC website. Like, me you'll have to find it at a used book store and you may want to contact the Bay to let them know there's still interest in the title.

Hopefully, the Bay will be part of Doors Open 2018, and maybe even other open houses, and we can take all that we learned from this first-ever event and fine tune it into an even better experience.

I had the chance to hear hundreds of people talk about what the Bay used to be and their hope that the downtown store stays open. I'll bet, though, that the overwhelming majority of them then walked out of the store without browsing the merchandise or making a purchase.

For the store to remain open and this landmark building to have a tenant, the Bay downtown needs less commiseration and more customers. Yes, I know there are 1001 reasons why people don't shop at traditional department stores anymore but sometimes you have show support through actions, not just words or clicking "like" on a Facebook post.

Though its retail footprint has shrunk over the past few years to three floors, it is still one of the largest retail stores in the entire province. At 250,000 square feet, (85,000 square feet per floor), it dwarfs the old Target at Polo Park which had just 120,000 square feet. Ikea is larger, at 395,000 square feet, but the Bay would outsize it by reopening another two of its floors.

A vacant building is a vulnerable building. Any future plans for the space have a much better chance of happening with a massive anchor tenant as part of it than it if it has been sitting vacant for years. 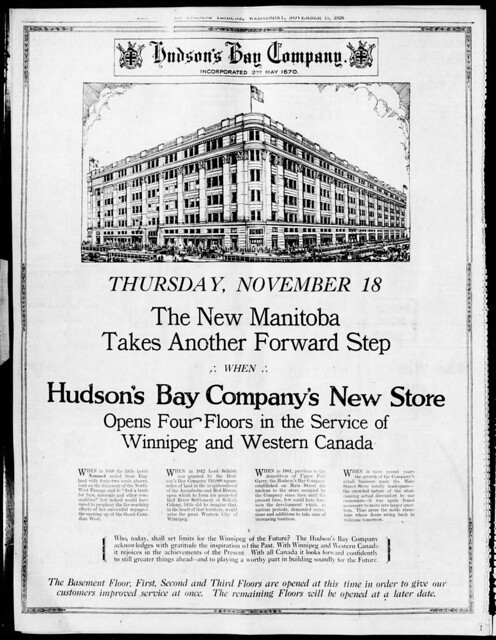 Thanks to all who came out !

To read some of my blog posts about the history of the Bay downtown: