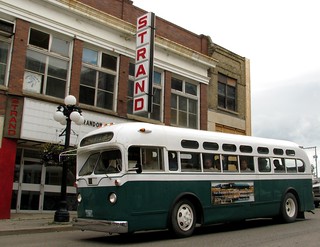 It may have come three days late, but Brandon’s historic Strand Theatre, closed since 2005, received a very welcome 100th birthday present.  On November 30th, 2016, Brandon University purchased what is the last remaining theatre building in the city’s core for one dollar from its owners, Landmark Cinemas.

The Strand opened in 1916 as Brandon's largest theatre. It also ushered in the era of talking pictures and Sunday entertainment to the Wheat City.

Click on the image below to read my column in today's Winnipeg Free Press! 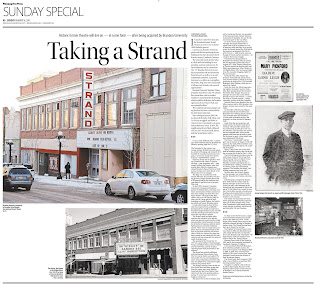 January 2018 UPDATE: Not long after taking over the building, engineers hired by BU determined that the structure was beyond saving. Read my update here.