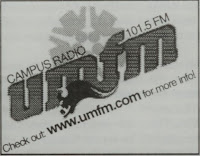 Join me Sunday night at 7 pm on 101.5 UMFM for he final episode of West End Dumplings - The Radio Edition.

My guests are some of UMFM's "Class of '98"; show hosts who have been on the air since CJUM's most recent incarnation. They'll talk about their shows, what keeps them going in community radio and what they think the future holds for the medium.

The lineup gives a sense of the diversity of programming that UMFM offers:

After the show, check back here for the podcast, and my podcast library which is under construction. 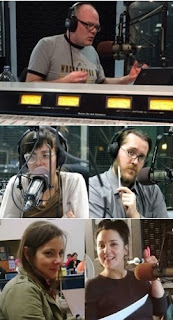 It wouldn't be a proper farewell without saying some thank-yous !


Tessa Vanderhart got me started in community radio by asking me to be a panellist on her UMFM show Winnipeg Internet Pundits Without her support I wouldn't have taken the leap to start a show of my own.

Also, to station manager Jared for his support and technical assistance over the years. The show wouldn't have lasted 2.25 years without it.

I had a great cast of folks who acted as co-hosts during this time. Tessa Vanderhart, James Hope Howard, Katie Seymour and Kerri Salki. Thanks for helping to share the load and for everything you brought to the show.

And, of course, thanks to you, the listeners. It was great hearing from you and getting your feeback!