The Radio Edition - The Birth of Winnipeg's Heritage Preservation Movement 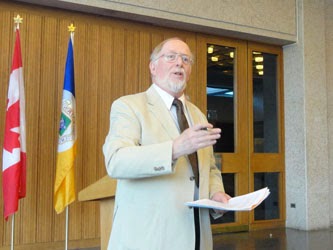 Join me Sunday night at 7:00 pm on 101.5 UMFM for another edition of West End Dumplings - The Radio Edition ! This week's guest is educator and historian David McDowell.

It is hard to imagine Main Street without Banker's Row, but in 1978 the Hamilton Bank and Bank of Commerce (Millennium Centre) buildings were slated for demolition in order to create a parking lot.

To that point, Winnipeg had allowed many entire square blocks of the downtown to be demolished for parking, but the reaction to these buildings created a backlash that had not been seen before. It was he "Big Bang" moment for Winnipeg's building conservation movement. 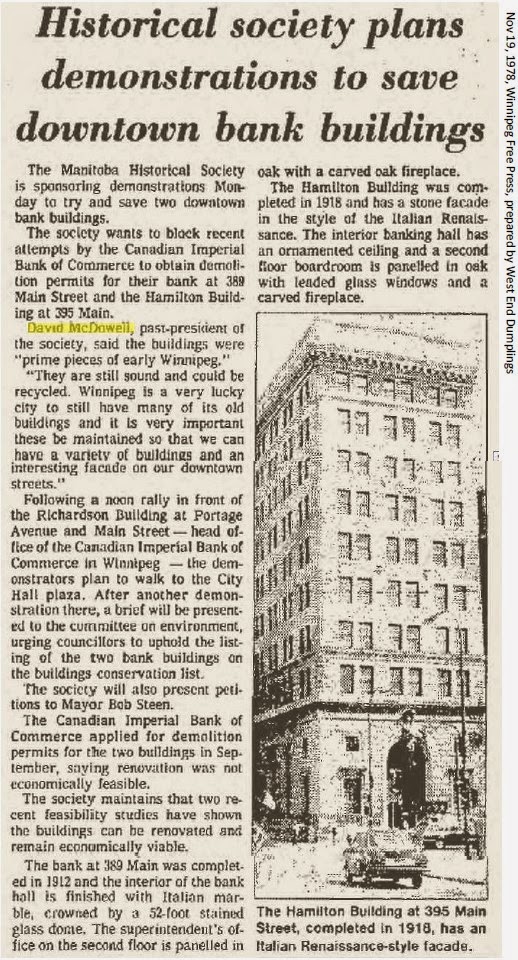 As president of the Manitoba Historical Society at the time, McDowell was instrumental in focusing that dissension into meaningful protest that not only saved Banker's Row, but ensured that there was a system in place to prevent such demolitions in future.

We will talk not only about the past, but the present and future of Winnipeg's built heritage.