The Allman family came to Winnipeg around 1910 from northern England. Parents Edward and Florence and their five children settled first at 284 Alfred Avenue, then 213 Atlantic Avenue. They had four more kids after they arrived.

The three oldest men, father Edward and sons George and Ernest, worked at Taggart Ornamental Iron Works in St. Boniface and when World War I was declared. They enlisted right away and were among the contingent of Canadian soldiers to go overseas.

Florence Allman had her hands full at home raising their two daughters and five sons, the youngest just four years-old. She found the time, though, to be active with the Women's Auxiliary of the Army and Navy Veterans in Canada.

Sergeant Major Edward George Allman was a supervisor at Taggart and a decorated veteran of the South African War. He helped recruit for the 106th regiment and left for overseas with them in October 1915, though later transferred to the 78th Battalion.

He was killed in action on March 15, 1917. According to his Circumstances of Death certificate:


“While conversing with Sergt-Major Cross at junction of Mandoro and International Trenches, a high explosive shell came over and struck the parades, killing Sergt-Major Cross and severely wounding  C/S Major Allman, who died of his wounds while being taken to the Dressing Station."

Sergeant George Arthur Allman was born in Norfolk, England in 1893, single and a foreman at Taggart's when he enlisted with the 8th Battalion (90th Winnipeg Rifles). He was among the first contingent of Canadian soldiers to go overseas. He died of wounds Sept. 16, 1916, his Circumstances of Death certificate reads:


"On September 9, 1916 while personally supervising the carrying out of the relief of Lewis Gun crews at Moquet Farm, Sergt. Allman was wounded in the right lung from shrapnel. He received medical attention immediately after and was evacuated to No. 1 Australian general Hospital, Rouen, where he succumbed to his wounds." 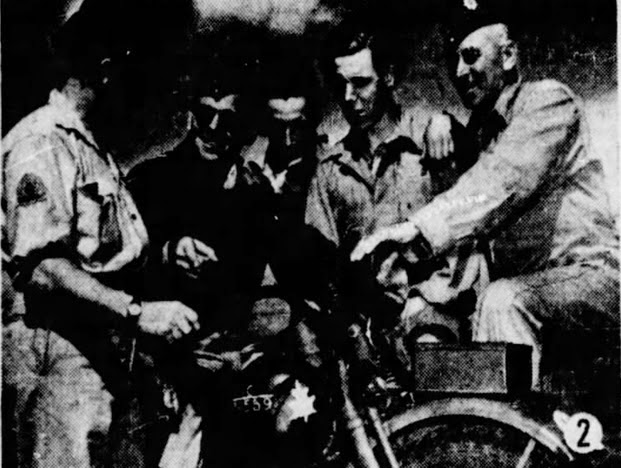 Private Ernest Hastings Allman was born in Norfolk England in 1894, single and worked as a steel erector at Taggarts when he enlisted with the 8th Battalion (90th Winnipeg Rifles). He was captured by the enemy at Langemarck in April 1915 and held as a POW for, according to his obituary, three years and eight months.

When Ernest returned, it appears that he first opened a garage on Luxton Avenue then went on to have a 33 year career at Vulcan Ironworks, retiring as the garage foreman.

He kept ties with the military through the cadet program. During World War II he was a Sergent, training men at Shilo in mechanical transport.

Ernest married Rose May and they had a daughter. He died on November 22, 1983 at Misericordia Hospital.