The Manitoban at 100: A profile of its first female editor 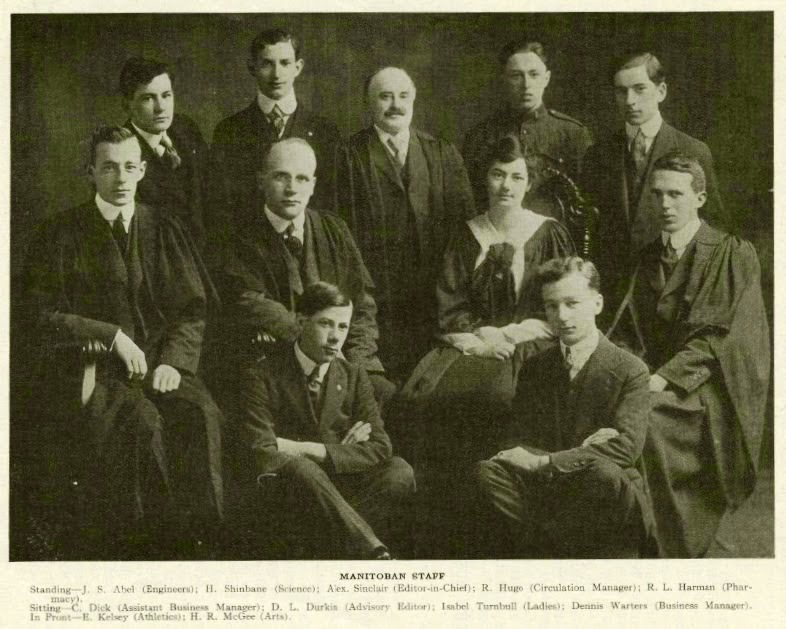 
It didn't take long for The Manitoban to get its first female chief editor.

As the First World War dragged on, more and more male students enlisted, (1,119 in total), and fewer were applying as freshmen. As a result, female students found themselves taking on what might have been considered non-traditional roles on campus.

In the 1917-1918 academic year Eileen Bulman was elected UMSU president and Isabel Dingman (nee Turnbull) became the editor of The Manitoban. Dingman addressed this in her first editorial: "In some cases, girls are now filling positions formerly held by boys. But although in the past they have struggled for equal rights, it is with no feeling of exultation that they get them."

The Manitou-born Dingman recalled years later to The Manitoban that most of her battles were with their off-site printer: "From what I have since learned of printers and their command of lurid language, I realize now that the poor man was sadly handicapped by having to deal with a  female editor.”

At the end of the year, Dingman graduated with her M.A. then landed a job as a night reporter at the Winnipeg Free Press. Her first assignment was a big Boy Scout celebration in West Kildonan. By the early 1920s she was writing regularly for the Women's Section.

Dingman also created an advice column called Personal Problems, writing under the more experienced sounding pseudonym of "Mrs. Elizabeth Thomson". She provided everything from household tips to relationship advice to those who mailed in their dilemmas. The column was so popular that in 1934 the Free Press dropped a similar column by American Dorothy Dix to give it a regular spot. Eventually, it became syndicated as "Mrs. Thompson Advises" and was published in papers across Canada until around 1950.

In the late 1920s Dingman moved to Regina to become the Leader-Post's women's section editor. That is where she met and married husband James Dingman. By the end of the decade they moved to Ontario, eventually ending up in Windsor, where he became an editor at the Star.


During this time Isabel Dingman, an accomplished pianist, was the music critic for the Toronto Globe and Mail from 1936 to 1940 and an arts writer at the Windsor Star from 1940 to 1948. She continued to write her syndicated column and free lanced for Sunday newspaper magazines and the likes of Chatelaine. In 1947 she co-wrote, Face Powder and Gunpowder with Jean M. Ellis, a lighthearted account of Canadian women who served overseas during World War II, (read a review here).


Dingman was also a long-time executive member of the Canadian Women's Press Club, first with the Winnipeg branch when she was at the Free Press, then nationally where she served as president and chair of the annual journalism awards committee. In the mid 1950s she went on a press tour with other journalists from the club to do a series of reports on what home life was like in West Germany a decade after the war. 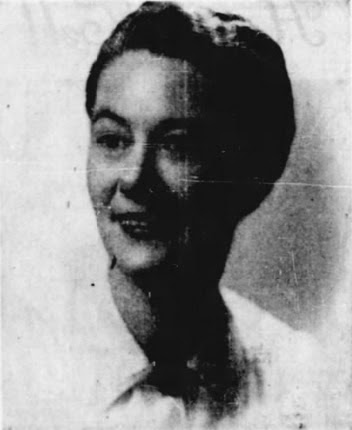 
James died in 1947 at the age of 42, leaving Isabel and teenaged daughter. The following year she was invited to become a founding member of staff at the University of Western Ontario's journalism school where she helped train a generation of Canadian journalists.