Behind The Photo - Dominion Curling Champions 1928 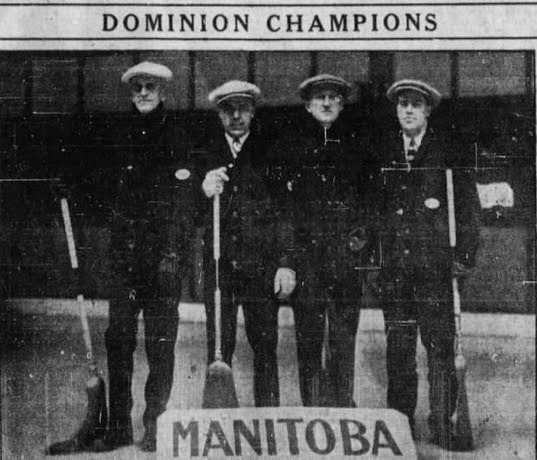 This photo, from the March 3, 1928 Winnipeg Tribune shows Gordon Hudson's rink after winning the Dominion Championship. It marked the first time that the Brier Tankard came west of Ontario. From left to right are Bill Grant, Ron Singbusch, Sam Penwarden and skip Gordon Hudson.

Off the ice, Hudson was a partner in the candy manufacturing firm McBride Cannem and Hudson on Ross Avenue. He died at his Garfield Street home on July 10, 1959 at the age of 65. He left behind wife Flora and two grown children.