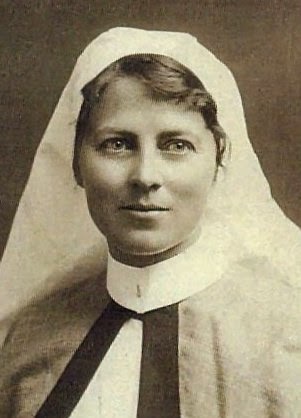 Miriam Eastman Baker was born in Winnipeg on  August 20, 1886, one of ten children of  George W. Baker, (it was a blended family as two of his previous wives died.)

In her early years she was dedicated to music. In 1901, at the age of 15, she was the first president of the Junior Musical Club of Winnipeg. The organization's goal was to encourage the study and public performance of classical music among Winnipeg's youth. Baker, who played piano, also appeared regularly at recitals and sometimes on stage in dramatic performances. 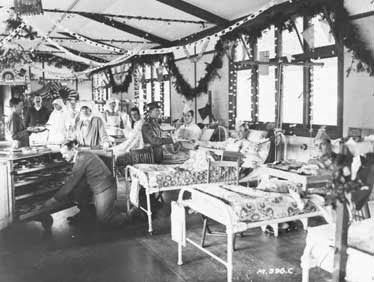 On September 18, 1912, Baker left for St. Luke's Hospital, New York to study nursing, graduating three years later. It appears that when she returned to Canada, she went to B.C. to work. In October 1917 she enlisted with the Canadian Army Medical Corps and was serving at the 15th Canadian General Hospital in Buckinghamshire, England.

The hospital was built on the grounds of the sprawling Viscount Astor Estate and dismantled after the war.  (The house is now a 5-star hotel with historically designated gardens.)

Baker contracted "Spanish" influenza and died of bronchial pneumonia October 17, 1918 at the age of 32. She is buried at the Cliveden War Cemetery, Buckinghamshire, England.

Her Junior Musical Club continued on. In 1926, at its 25th anniversary dinner, a moment of silence was held in Baker's honour. Some famous alumni of the club include piano virtuoso Emanuel Ax and conductor Keri-Lynn Wilson. Though the club folded in 2008, its trophy is still presented annually at the Winnipeg Music Festival. Its fonds are at the Manitoba Archives.

Baker was one of 3,141 women to serve with the Canadian Army Medical Corps. Of that, 2,504 served overseas, some of them in fields hospitals close to the front and 47 were killed. Most died of diseases contracted while treating soldiers or drowning when their ships sank.

There are some excellent websites dedicated to these women, including this one about Baker. See below for the links.


This history has been pieced together using a number of sources. If you have additional information or would like to point out a factual error, please do so in the comments below or by email at cassidy-at-mts.net.
© Christian Cassidy 2014