Manitobans in WW I: C.A. Matheson of Brandon 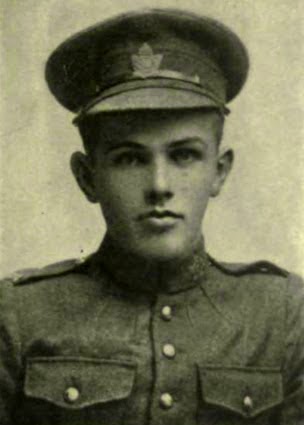 Campbell Matheson was a Brandon boy, the youngest of four children of Alexander and Jennie Matheson of 435 - 13th Street. Though they lived in town, his father listed his occupation as farmer.

Sometime in 1912 or 1913, Jennie became a widow and it was just her and Campbell, a student, living in the family home. 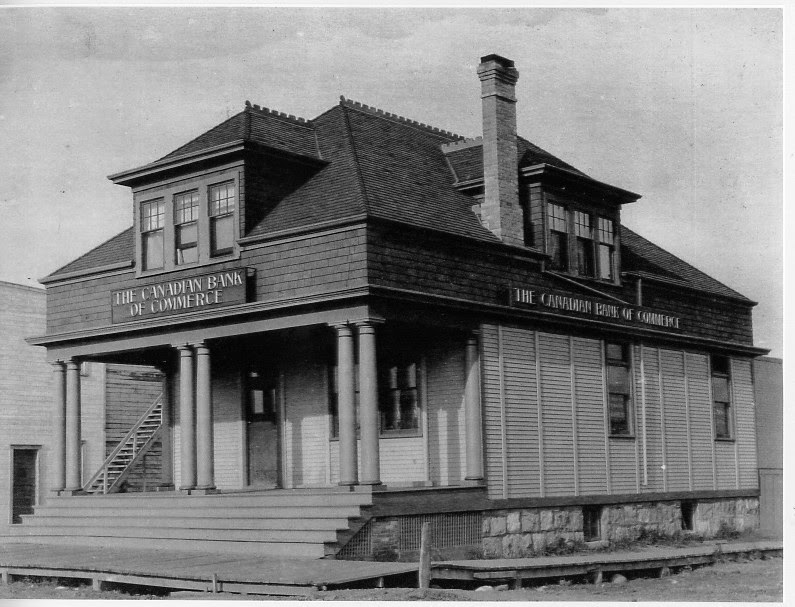 Campbell's brother Frederick moved to Portage la Prairie in 1911 to become a bank clerk with the Canadian Bank of Commerce. Campbell followed suit around 1914, but with the branch in Humboldt, Saskatchewan.

Frederick enlisted in January 1916 and Campbell did the same in April with the 46th Battalion, Saskatchewan Regiment. They were two of the 1,701 Bank of Commerce employees that served during World War I. Sadly, Campbell was one of the 258 who died.

He was one of four trench runners for the regiment's "C company", with the dangerous role of relaying messages and doing reconnaissance along the front lines. He was killed in action on October 26, 1917 at the age of 19.

Another soldier, Private Clarence Middleton Briggs, came across Matheson's body. He was from Togo, Saskatchewan, just across the Manitoba border, but listed his occupation as a farmer at Russell, Manitoba at the time he enlisted. Briggs removed the personal effects from Matheson's body and buried him "in the best way possible, under the conditions." He sent the the photos he found, along with a letter, to the family. His mother shared the letter with the Brandon Sun:

It wasn't the only letter the family received. There was, of course, the official letter from his commanding officer, Captain S. H. Brocklebank, which started "It is my sad duty to inform you of the death in action of your son...."

Another letter came from the remaining three runners of C Company: "Campbell…became a fond comrade of all the men in the company but more so to the runners as we were more often together. We often heard him speak very kind words of you and as we all have mothers at home longing for our return, we can realize what the sad news would be to you.”

Matheson's exact burial site is unknown. His name is one of 54,389 Commonwealth war dead without a known grave inscribed on the Ypres (Menin Gate) Memorial. He is also commemorated on the Humboldt, SK war memorial.

As for Briggs, he survived the war, though I could find no post-war information about him in newspapers.

Source: Letters from the Front

Frederick Matheson also survived the war. He earned a Military Cross for distinguished service for actions in October 1918.  He returned to Manitoba and his job at the bank in 1919.

1916 Census of the West (Briggs)
Library and Archives Canada

Letters from the Front
Canadian Bank of Commerce