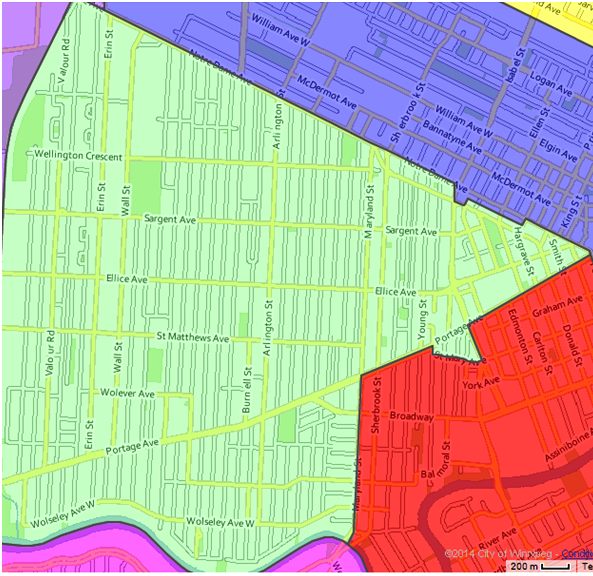 For interactive version of the map

There's going to be a rematch of Winnipeg's tightest 2010 civic election race in the Daniel McIntyre Ward. Incumbent Harvey Smith, despite losing his long-time NDP endorsement, kept his seat with just 28 per cent of the vote. In fact, a mere 352 votes separated the top three contenders and they're all back on the ballot !

Expect the same campaign issues to resurface, in particular the area's crime rate and road infrastructure, which have remained pretty much the same since 2010.

Keep up with all the happenings at the 2014 Winnipeg Civic Election site, (no affiliation to the city site.) It's going to be another close one !

The ward is named for Daniel McIntyre, OBE, who for 43 years was the Superintendent of Public Schools in Winnipeg, starting from the system's infancy in 1885. (Note that he was a "Mic", not a "Mac", though "Daniel Mac" is how everyone pronounces it !)

In the First World War, 70 Canadians were awarded the Victoria Cross. At least four of them lived in Daniel McIntyre. This includes Robert Shankland, Leo Clarke and Frederick Hall of Pine Street, now Valour Road, and James Tait of Thelmo Manison on Burnell Street.


It's where Bill Norrie, Winnipeg's second-longest serving mayor, grew up, where the national school safety patrol program got its start and where an elm tree made international news.

In 2011, Daniel McInytre was the sixth largest ward in the city by population out of Winnipeg's fifteen. 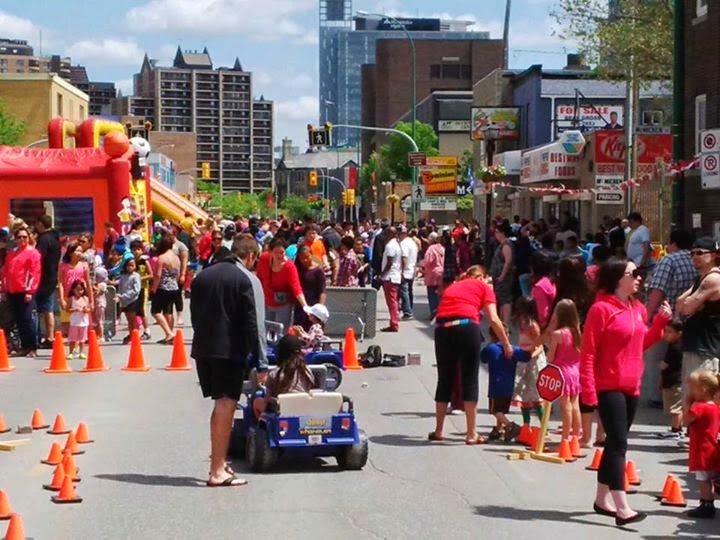 It's also home to the West End Cultural Centre and University of Winnipeg !

Daniel McIntyre has one of the highest crime rates in the city. In 2010 and 2011, for instance, it was second only to Mynarski for total number of crimes reported. (For a table see this post at mennozacharias.com)

In  particular, arson sprees, (which, inexplicably, CrimeStat does not track), were especially bad in 2011 and 2013.

This CBC Manitoba homicide map doesn't keep a tally or identify neighbourhoods, but from eyeballing it, I estimate that approximately 31 of the 176 homicides in the city between 2009 to present took place in the ward.

For whatever reason, I can never get the CrimeStat map to work properly when trying to set dates past 30 days. Check it out yourself here, choose area filters, council wards, then Daniel McIntyre.

My god - how can Harvey Smith possibly run again. He is part of the problem at City Hall.
He falls asleep at council.
He's evicted for hoarding/ insanitary dwelling.
He voted in favour of the sad waterpark/hotel plan at the Forks that was soundly rejected by citizens - why: "Gerbasi voted for it".
He did not support more robust reviews of the real estate audit.
He has been asleep at the switch for years.

My neighbourhood! I love this neighbourhood, and despite its undeserved reputation, have never lived anyplace that I love more than the Spence Neighbourhood (part of the Daniel Mac ward).

Moved to this area..the Spence Neighbourhood to be exact two years ago and LOVE IT. Great multi cultural vibe,decent hard working people,quirky,and cheap. For all the bad its supposed to be we have never had any problems. As for Harvey Smith,I think it's time for him to go. This area needs someone a little more pro-active if it's going to reach its full potential.