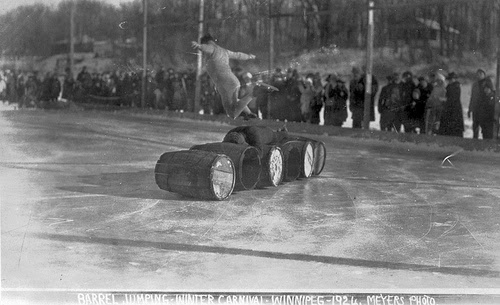 This photo card is entitled "Barrel Jumping, Winter Carnival, Winnipeg, 1924" and can be found at winterbos on Flickr. The photo likely depicts Bert Clarke jumping over a number of barrels and an unnamed man, who may have been his skating partner Gordon Thomson. It took place at the Greater Winnipeg Winter Carnival held at River Park between February 9 - 16, 1924. 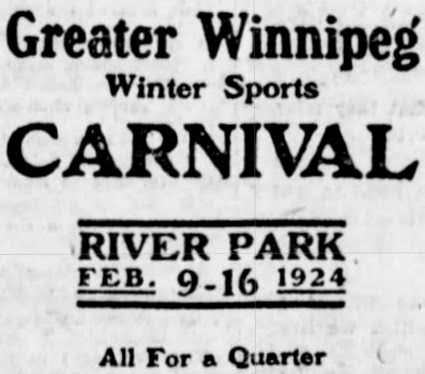 Winter carnivals, big and small, were a mainstay of winter life in the city and the Greater Winnipeg was the largest event of the year. They were mainly sports-themed, a chance for local athletic clubs to compete and show off the best of their athletes.

Bert Clarke was a local speed skater who turned his attention to "trick skating" around 1919. He combined his speed skating skills with acrobatics, figure skating jumps and tricks such as barrel jumping and performed at carnivals and fairs across the Prairies. In December 1923 he teamed up with another trick skater from B.C. named Gordon Thompson and they toured the country for a number of months.

Their act was a combination of skill and comedy. At a show in the Winnipeg Amphitheater later that month, a Tribune reporter wrote: "The one, Thompson and Clarke showed what poetry of motion really means: the other was one of the funniest things ever seen in sobriety."

Unfortunately, I can find very little information about Clarke. After the 1924 season he moved to Los Angeles, though for at least five years kept his home on Elgin Avenue and visited it for a month in 1929. He may have moved back as there are numerous Bert (Albert, Herbert) Clarkes that appear in newspaper articles and obituaries in the decades after but none make reference to a skating career.

It seems that the favoured location for the Winter Carnival during the 1920s was the Legislature grounds, as seen above in 1922. Perhaps with 1924 being the city's jubilee year, it was moved to a larger location.

More images related to the 1924 carnival: 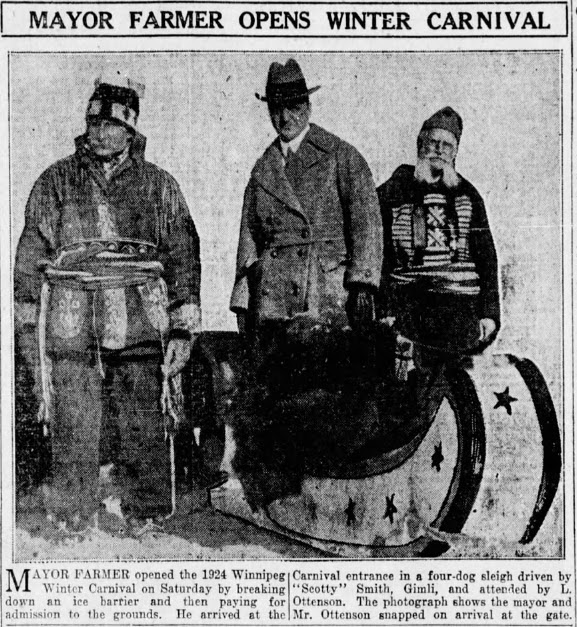 Interesting ... thanks for finding out the background on my postcard!