At today's Property and Development meeting councilors will take another look at the city's proposed Street Naming Policy. It covers all types of changes, from the temporary ceremonial ones to new street names to renaming existing streets. The issue of renaming existing streets has come up a few times in recent years with Milt Stegall Drive (formerly Arena Road), Sir William Stevenson Way (formerly Water Avenue) and John Blick Avenue (formerly Rapelje Avenue). The way the changes happened differed in each case as the city has no standardized process in place.

The proposed process is to apply to the city with a $768 fee and documentation to support your case. City staff will then study and make recommendations. From there it goes through the Community Committee for the area, (as well as the Downtown Development Committee if it is downtown), then to Property and Development Committee, then to council. I posted about the issue of renaming a street that has already been named for someone else in Repealing Rapelje. The proposed policy discourages this practice because of:

Something I thought should have been part of a renaming policy is the status of the person involved. For the Citizens Hall of Fame I believe that there is a stipulation that a living nominee must be retired for ten years from the position that they are being honoured for. This saves 'entertainer of the year' entries and, I am sure, helps avoid an Alan Eagleson situation.

If the policy is passed it will be interesting to see if more groups make use of it.

Here are some street name changes from yesteryear:

Home and Horne (1911): At one time there were two streets in the same proximity named Home and Horne. The names, especially when hand-written, were often confused for each other. The last straw came in 1911 when a case of beer destined for a thirsty fellow on Horne Street was mistakenly delivered to the home of a prominent Temperance Union member on Home Street, here's a Free Press article from February 1911 about the mix-up.

By the end of the summer Horne was renamed Evanson. At the same time Vickers was renamed Huntleigh so as not to be confused with nearby Victor Street. 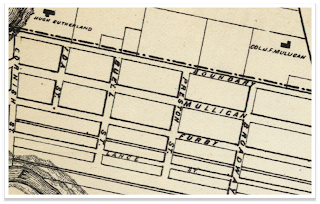 Sherbrook(e) Street (1884, 1910) : This street was originally named Mulligan, as it was part of the estate of of James Mulligan. When he sold off his land in the mid 1880s the street was renamed Sherbrooke, the name of the unit of army pensioners of which James Mulligan was a member, (likely named for Sir John Cope Sherbrooke). In 1910, Sherbrooke and Nena Streets combined into one Sherbrooke Street. Later that decade the 'e' was dropped, (I've never come across the reason), though the two names were used interchangeably for decades after.

King Street (1881): Was a combination of Annie and Maria Streets. It was named for John Mark King. Pine Street to Valour Road (1925): The name was changed to honour of Frederick Hall, Leo Clarke, and Robert Shankland, all of whom lived on Pine Street. Remarkably, they were all awarded the Victoria Cross, the Commonwealth's highest decoration for valour.

Metro Winnipeg (1963): When Winnipeg and her municipalities joined together as 'Metro Winnipeg' in 1961, it was street name mayhem. There were numerous duplicates and many stretches of road that changed names as it crossed municipalities. It was up to Metro to bring some order and they made dozens of changes in 1963. Some examples: Assiniboia's Victoria Street is now Sturgeon Road; Transcona's King Street is now Plessis Road; and N. Kildonan's Ferry Lane is now Whellams Lane. 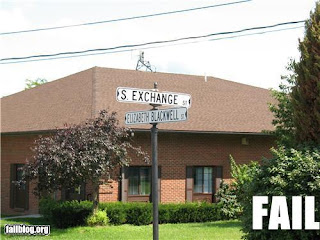 Tomorrow I will look at another street names change fail: numbered streets !

Email ThisBlogThis!Share to TwitterShare to FacebookShare to Pinterest
Topic: http://www.blogger.com/img/blank.gif

I don't particularly like the new trend to use full names now. Why not Stegall Drive? Stevenson Way? Blick Ave? Honour people without the cumbersome street name.

I've wondered that as well. I guess the feeling is that we have to be more literal nowadays ?

They should go back and add full names to the older streets as well. I's love to live on Andrew Graham Ballenden Bannatyne Avenue !