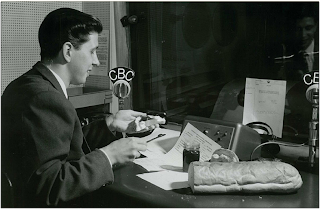 Robertson started as a radio announcer at Stratford’s CJCS while in grade 12. After graduating he moved on to radio station CJOY in Guelph. In 1956 Robertson landed his first television gig at CBWT in Winnipeg. Shortly after he married his childhood sweetheart, Nancy, and they began their family here. 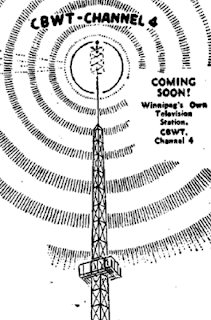 These were the early days of local television. CBWT had only been on the air since May 31, 1954 but by December 31st had already produced 490 local television shows for air. Robertson stepped into a number of these shows as an announcer and host.

There was the 'country and western' music show called Saddle Songs. A newspaper column from the day notes that “Lloyd Robertson, master of ceremonies, fits rather uneasily into his cowboy boots.” (Winnipeg Free Press, February 22, 1958).

A more high-brow offering was Spotlight, likely CBWT's flagship program. It aired in prime time every weekday and focused on human interest or current events stories. The ensemble cast included the likes of Robertson and Jack Wells. 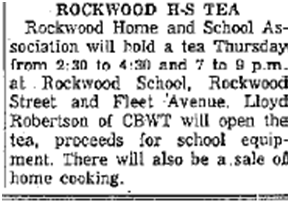 By all accounts Robertson was well liked and his duties spilled over into community work. He was the emcee for fund-raising concerts and community teas.

In 1960 Robertson moved on to larger markets. Society columnist Gene Telpner noted "Popular Winnipeg television announcer Lloyd Robertson leaves this week for a new post in Ottawa at CBOT.Robertson has all the equipment – voice and appearance – and should do well on bigger assignments.”

Robertson quickly worked his way up to CBC’s top on-air gig, host of The National beginning in 1970. In 1976, however, Robertson left for private network CTV. He cited frustration with CBC union rules that didn’t allow 'announcers' to write or edit their newscasts. The same restrictions did not exist at the private network. (For a frank interview from 1976 about his resignation see this video).

Robertson co-hosted CTV's National News with Harvey Kirck until Kirck's retirement in 1984 when Robertson took over the post.