I had to rush this one to the head of the queue due to upcoming demolition ! Last week I wrote about a piece of Arlington Street's industrial history that has a new lease on life. This week, another bit of that history but this one is about to meet the wrecking ball. It's 868 Arlington Street, the former Acme Blower / Telesky Taxidermy Supply Building. 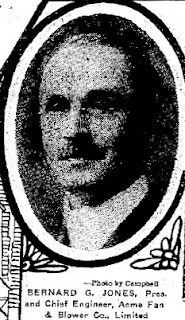 June 13, 1931, Winnipeg Free Press
This unassuming 3,300 square foot building is tucked away in mature trees at the north end of the St. Edwards Church / School property. It was constructed in 1928 for Acme Fan and Blower Company, Bernard G. Jones, President and Chief Engineer. 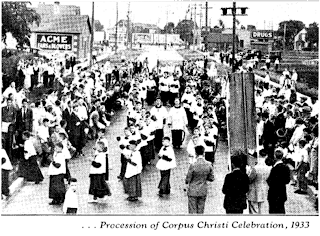 I can't find much information on the building or Jones. The only old photo I could find of the place is in a 1933 photo from a St. Edward's Parish Souvenir booklet. Acme Blower's sign can be seen in the top left.

October 1928, Manitoba Free Press
Acme manufactured and installed central heating and ventilation systems for many medium sized buildings of the day including the Beacon Theatre, the Winnipeg Winter Club and the St. Charles Hotel. 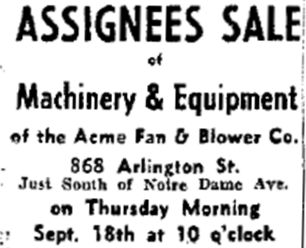 In 1952 Acme closed and the building was sold off.

From 1954 to 1957 it was home to Don Pelts Ltd wholesale Tobacco and Confectionery. 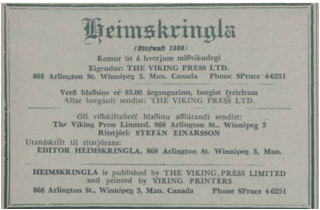 In 1956 it began a decades long relationship with John V Sampson, a West End businessman who lived on Dominion Street.

In 1886 Heimskringla, an Icelandic language printer was formed to publish books as well as a weekly Icelandic newspaper (still published today). By the late 1950s it was also known as Viking Printers, of which Sampson was part owner, and it operated from 868 Arlington. By 1966 Viking Printers either moved or shared space with a new tenant but Sampson either owned or had an interest in the building.

Between 1966 and 1971 it was home to a group called Ferrett Products, a pioneer in the home beer and wine making industry in the city (Howard Donner, proprietor). They used a loophole in the Liquor Control Act in that it did not mention the sales of such kits to the public. In 1980 the zoning was changed to allow the building to be used as a private club, though I cannot find evidence of one operating there.

From 1988 – 1999 it was home to Telesky Taxidermy Supplies (which still exists further up Arlington).

The demolition signs went up in June 2011. 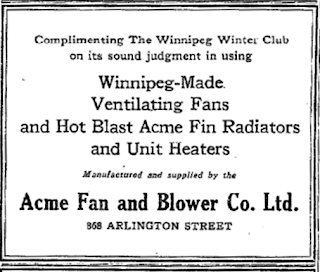