Earlier this year, a friend bought the house at 146 Maryland Street and converted it into Level Hair and Spa. I wanted to take a look at the history of the house, which sent me on a historical chase back to the very beginnings of part of the West Broadway and Wolseley neighbourhoods.

This is one of a three part series:
Part 1: West Broadway's pre-historyPart 2 - A neighbourhood forms
Part 3 - Lives lived at 146 Maryland 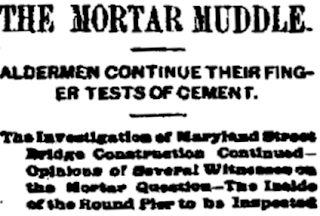 In 1894 the first Maryland Bridge was built. It replaced Mulligan's ferry and allowed better access to the city for the farmers and wood lot harvesters on the south side of the Assiniboine.

This first bridge came in $1,000 over budget (due to an accounting error) and the quality of the cement used for the moorings and mortar was questionable. Months after it was set the concrete could still be scraped with a knife or a fingernail. 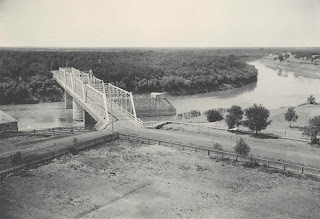 That first bridge only lasted until 1899 when a larger replacement was built that would be ‘substantial and permanent’ and able to eventually take a streetcar line. It opened in 1900.

The first residential action seen on Maryland south of Broadway comes in 1904 as multiple lots appear for sale over the period of a few months. Home construction began on streets to the east such as Sherbrook(e) and Furby.

On Furby just north of Buell Avenue (now Westminster), there was a stretch of vacant land that served as an informal baseball and lacrosse field for the area, including the medical students at the maternity hospital (eventually Misericordia Hospital). A May 9, 1904 Manitoba Free Press article noted that “…builders have been turned loose on it and no fewer than twelve houses are being put up almost side by side.”

It would take a couple more years for this stretch of Maryland to see much construction as it wasn’t until 1905 that the city ran sewer service to Maryland between Cornish and Purcell and 1906 until ‘granolithic’ sidewalks were added. 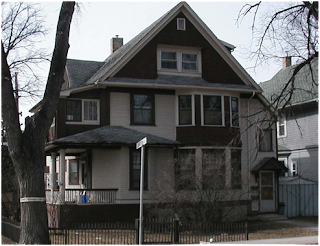 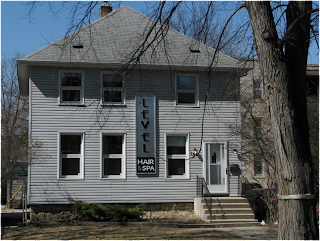 In mid 1907 'house for sale' ads began to appear and by the end of 1907 there were a half dozen occupied homes on Maryland south of Broadway, including Wallace House at No. 84 and Cosgrave House (now Level Hair) at 146. (More on the Cosgraves later). 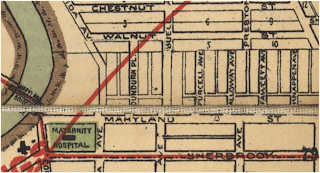 As this residential neighbourhood was forming, other construction began to take place. 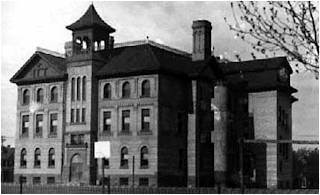 In preparation for the influx of new residents Mulvey School, built in 1895 at Broadway and Maryland, underwent an expansion in 1908 that almost doubled its size. 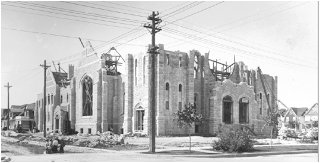 In 1909 the Presbyterian congregation of what would become Westminster Church bought a large lot of land at Maryland and Buell. Construction began on the basement and foundation in 1910. Prior to the church opening in 1912 Buell Street was changed to Westminster Avenue. 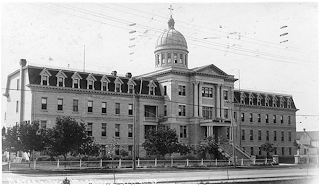 The Winnipeg Maternity Hospital, operated by the Sisters of Misericordia, was expanding and this building (that will be torn down next year) opened in 1908. It wouldn’t be known as 'Misericordia Hospital' until 1917. 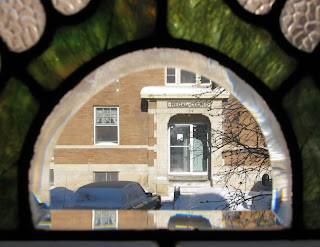 The Regal Court Apartments opened in 1913. 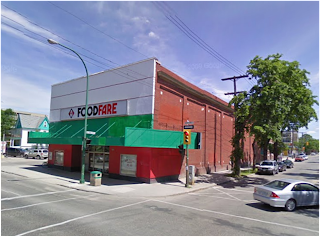 Another neighbourhood landmark, the 850 seat Tivoli Theatre (now Food Fare), would not come about until 1927. In 1958 Canada Safeway bought it up and began its new life as a grocery store.

Next: Lives lived at 146 Maryland

I always wondered about the Tivoli Theatre; in fact I was told by many 'hood people that the Theatre was built in the 1910s and went bust because of the war. So thanks for info, very interesting.