Telephony and the Government Telephones Building in Brandon This is a part two of my post about Brandon's New City Museum, recently opened
Manitoba Government Telephones Building at 19 - Ninth Street. 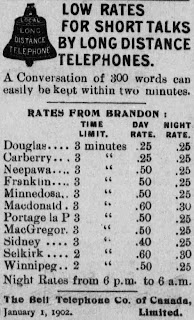 
Telephone service first came to Brandon in 1882 when Bell Telephones set up shop on the prairies. That first year, they boasted a whole 51 customers clustered in the centre of the Wheat City. The expense of the new technology limited it mainly to business users.

Toward the turn of the century, however, the phone was being marketed to households and lines began to run to some rural centres around Brandon. To help the growth of the system, Bell dropped the price of a phone unit to about $6 per set and introduced half-price phone rates outside of business hours. 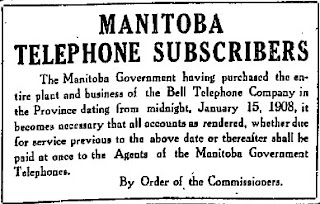 
The province found itself constantly butting heads with Montreal-based Bell over prices and the rate of expansion of its network. They soon realized that the only way they could keep up with the rest of the country, especially when it came to delivering service to thinly populated rural areas, was to do the work themselves.

In 1908, the Manitoba Government bought out Bell Telephone's holdings in the province, something also done by provincial governments in Saskatchewan and Alberta.

In Brandon, Manitoba Government Telephones (MGT) inherited 722 subscribers and the Bell telephone exchange building established around 1905 in a rented building at 31 – Ninth Street, just south of where the current building is.

The rapid expansion of the network required the construction of a larger, permanent telephone exchange building. The years came and went with no firm date set for construction.

There were a few reasons for MGT's delay. One was the sheer size of the project that they had taken on. Another was political meddling which sometimes influenced what communities got service improvements first. MGT was also keeping its eye on an emerging technology: the automatic telephone exchange. 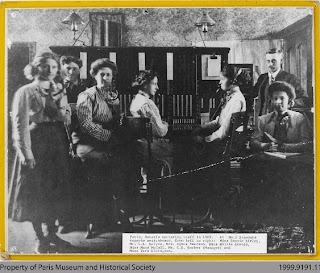 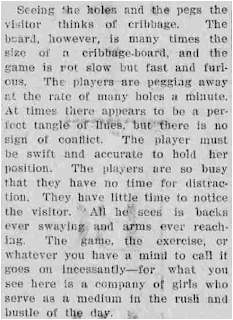 Until this point, to make a telephone call you picked up the receiver and waited for the operator, (or "Hello Girl"), to answer and put your call through to the receiving party. For phone companies it meant that a small army of women were needed on-site at all times.


As an example, in 1913, when an arsonist set fire to the Brandon telephone exchange sometime around 2 a.m., there was a chief officer and forty 'girls' on duty at the time - all escaped safely.

The above Brandon Sun story from September 1907 describes a typical day at the exchange, where 7,000 calls would be put through, as resembling a giant cribbage game. 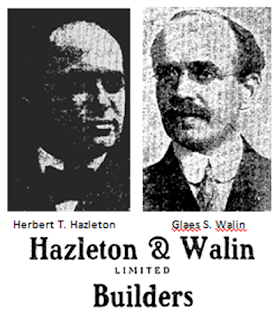 To keep up with the demand of the growing phone system in Brandon, MGT could wait no longer to act on a new telephone exchange building. A site was chosen immediately to the north of their rented premises and it bought 54 feet of land, (at an impressive $207 per foot), belonging to local real estate developer O.L. Harwood.

The contractor who won the bid to build the three-storey, $50,000 building was Hazleton and Wallis of Winnipeg.

The two men had met and began building in Chicago before relocating to Winnipeg and had an impressive track record. They built a number of Winnipeg's iconic buildings, the YMCA on Vaughan (1913) and the Hamilton Bank on Main (1916-18) are two examples that are still with us today. They pair also ventured outside the city, as far away as the Waddell Memorial Hospital in Canora, SK.

On August 2, 1916, work got underway and it was completed sometime in December.

By the mid 19-teens, a couple of the automatic telephone systems being marketed around the world had stood the test of time and were becoming industry leaders.

In 1917, MGT finally decided that it would take the plunge and announced on April 20 that Brandon would be the first site in Manitoba to receive automatic telephones. They purchased a system by the Automatic Telephone Manufacturing Company of Liverpool, England. The equipment would be built in their Chicago facility and shipped to Brandon. 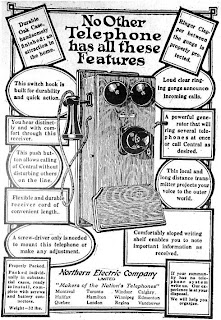 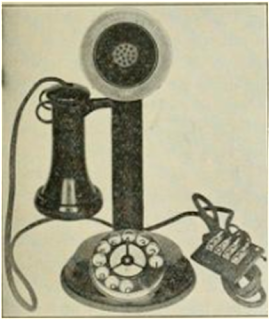 In late 1917 MGT went about the business of preparing the now 1,794 Brandon and 497 rural customers for the changeover.

The most obvious difference would be in the telephone set itself. Instead of lifting a receiver that connected you to an operator, there was now a rotary dial. At the exchange, a series of switches and relays would 'read' the number you dialed and patch through your call. (For an engineering manual on how an automated telephone exchange worked see Automatic Telephony from 1921). 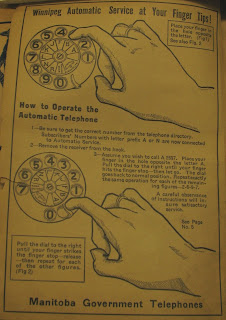 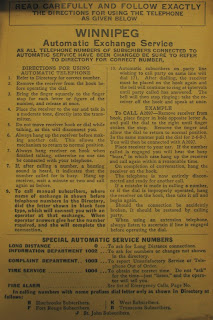 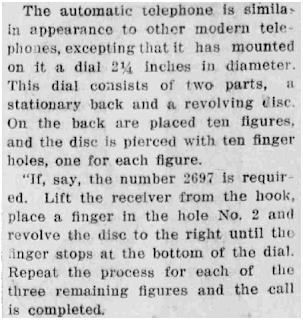 Instructions as above, appeared in telephone directories and the Brandon Sun did its part to let readers know how to handle the coming change. The above clip is from a November 1, 1917 article.

The Brandon Sun reported that the 1917 phone ownership rate in Brandon stood at 11.3%, which was impressive considering that for the country as a whole the rate was just 7.6%.

The western provinces led the Dominion in phone ownership. For instance, Manitoba's rate was a second best 10.6% and BC had a country-leading 11.2% (source). 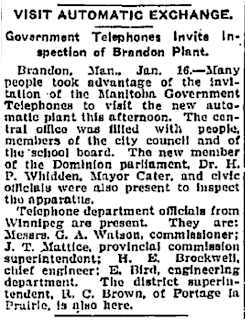 The project was completed just a few days later than scheduled.

At 5:00 a.m. on January 1, 1918, the lines were cut to the manual switchboards. Thirteen minutes later, Brandon customers were on the automatic system. On January 16, an open house was held for civic officials and MGT executives, including Harry Paterson, the new Brandon phone superintendent.

Brandon was Manitoba's first 'automatic' telephone exchange city. By summer 1918, there were only a few other centres in the West that could boast the same.

Winnipeg didn't begin opening automatic exchanges until 1920 and it took six years until it was declared completely automated. 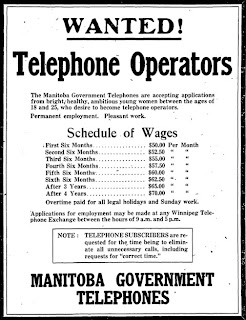 Not long after the opening of the new exchange there was labour strife at MGT.

In 1917, phone staff unionized and began demanding an increase in pay from their current $40 per month (for operators) and a reduction in their work day from ten to eight (source). Winnipeg's operators walked out for three hours but Brandon's stayed on the job.

In 1918, employees did get an increase in pay and changes to their work day.

MGT threatened the striking workers that if they didn't return to their positions and sign a pledge never to take part in a sympathetic strike again they would be fired. The hiring of replacement workers began and on June 20 MGT fired all of their staff in favour of the replacements (source).

Phone service continued to expand in the city but bureaucracy, wartime labour / equipment shortages and the Depression slowed growth in rural areas.

In 1966 MTS announced that a new $2m building would be built at 18th and Victoria to house the latest in computerized switching and and microwave technology. When it opened in 1968, Brandon became the first centre in Manitoba to get touch tone dialing ! 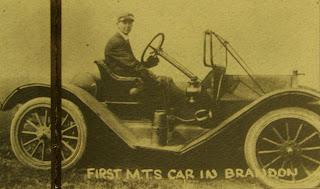 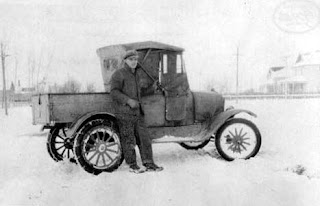 Resources
- Government telephones: The experience of Manitoba (1916)
- The invisible empire: a history of the telecommunications industry in Canada 1846 - 1956
- People of Service: A Brief History of the Manitoba Telephone System
- Private vs Public Telephones Wpg Real Estate News

It is interesting that in the very early days, the government saw the advantages in owning a telephone company, and now they do not.

Really interesting to know about this, it make us feel cool about IP phone industry.