This is a three part series to commemorate 100 years of the St. Andrews Lock and Dam at Lockport, Manitoba !

On the afternoon of July 14, 1900, Sir Wilfrid Laurier, his public works Minister Hugh Puglsey and other VIPs stood aboard the Winnitoba in the Lock and Laurier delivered this address. 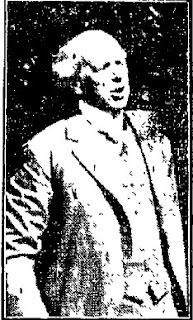 "I think I shall meet the wishes of those who are before me if I first congratulate my friend and colleague, Dr. Pugsley, the minister of public works, upon the efficient and remarkable manner in which he has finished this structure. I have the testimony of engineers that this is one of the finest works to be found on the American continent, not to speak of the old world.

I also offer my congratulation to the city of Winnipeg that at last a long felt want has been fulfilled. The province of Manitoba has been represented In the House of Commons for more than forty years; I have been there myself for 36 years and during those thirty six years not one session has passed but I have heard of the lock to be built at the St. Andrew's rapids of the Red River.

It has taken you long time to come, but it has come. As we were passing down this stream, as we came past the church of St. Andrew's, famous in the annals of this territory of the past, as we passed by the still more famous church of Kildonan, I asked myself what would be the astonishment and wonder of the old fur traders of the past, Mactavish, Alexander McKenzie, and the last of them all Lord Strathcona, if they were to come here and see this wonderful achievement.

Their days were the days of primitive navigation. When they came to this rapid they had to unload their canoes, put the canoes on their heads and take it over to the other side of the rapid to get clear water, but today you can take your boats with a draught of nine feet of water and a clear space of navigation of 300 miles before you. This is some achievement. It is something of which we have reason to be proud. But sir. it is not all - it is only the beginning of what Is to be done.

It is only the commencement of what Is before us. We have opened the Red River up to Lake Winnipeg, and it now remains for my friend, Dr. Pugsley, to open the Saskatchewan River from Edmonton to Winnipeg. 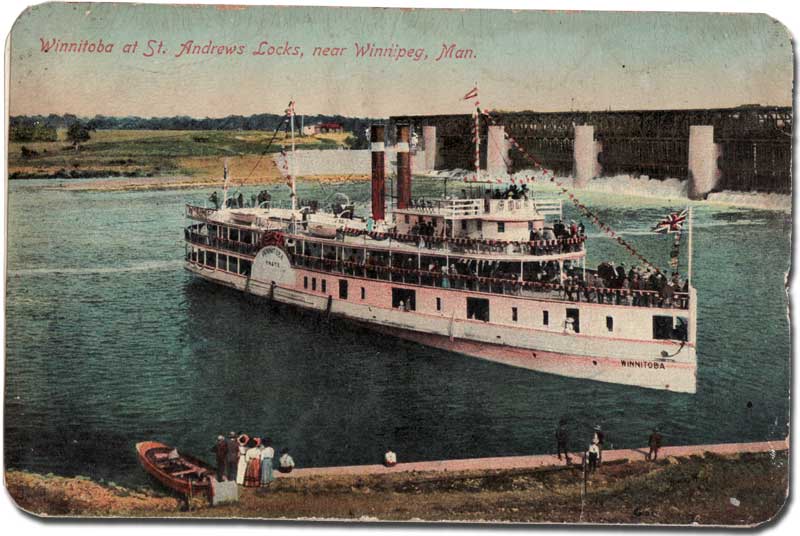 Sir, we do not know the possibilities of our country. We do not know yet what we shall accomplish In the future. When French Canada was discovered by the French adventurers In the 16th century, the French crown did not believe that It was worth spending any time and blood to retain the country for the French crown, and when it was lost by the French to the English, notwithstanding the fight of her gallant generals, one of the chief officials of that day said, 'Oh, France has only lost a few acres of snow. We have since found out that those few acres of snow make up one of the most fertile countries under the sun. 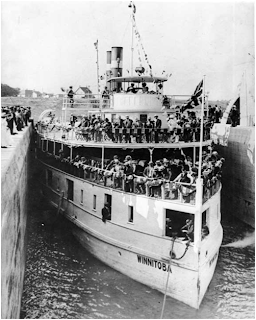 When Sir John A. Macdonald acquired these northwest territories from the Hudson Bay, many croakers told us that never a bushel of wheat would, be grown in the valley of the Red River and the valley of the Saskatchewan. Last year the export wheat from the valleys of the two was 75 million bushels, and only

the other day a member of my cabinet speaking in London stated that within 'a few years these western provinces will produce no less than one billion bushels of wheat'. I concur with that view.

This will give the outside world an idea, of the possibilities before the West. At the present we are only on the fringe of it. A motto we have in the East is "Hope on, hope ever” I bring it to you, although I know it is in you more than it is in myself."

Also:
Part One: A Brief History of the St. Andrews Lock and Dam
Part Two: The Creation of Lockport