This post is material gathered for an article on the history of Simcoe Street in the Oct / Nov 2009 edition of West Central Streets. Guest editor Melanie Murray and I took a walk together to look at some of the sites and people from Simcoe's past. 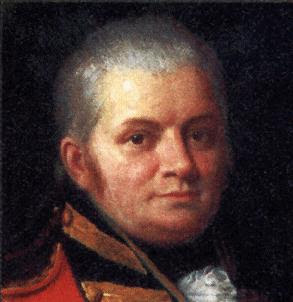 Simcoe Street is most likely named for the first L.G. of Upper Canada and Toronto’s founding father, John Simcoe.

The portion of the street north of Portage was carved out of the parish of St. James in 1900 when a sidewalk was added to the west side of a gravel trail. The following year saw the paving of Simcoe from Ellice to Portage.

The surrounding area was on its way transforming from a fairly rural area, consisting mainly of farms with some industrial sites like lumber mills and metal yards, into a residential neighbourhood.


In 1905, Simcoe Street had just 25 homes between Portage and Wellington avenues. Many of these were likely the dwellings of residents who worked in the area. They had occupations such as labourers, a dairyman, a carpenter, and a shoemaker.


In 1905 - 1906 the redevelopment of Simcoe into a modern suburban street began to take place. Ads ran in newspapers for residential lots in the $300 range and for brand new houses. At number 261 we find Mrs. Henry who gave piano lessons.

One of the most interesting sites on Simcoe Street was number 226, the “Salvation Army Neglected Kids House”.

On February 5, 1909, this house became the site of Canada’s first Juvenile Court. Justice Thomas M Daly, also Brandon’s first Mayor, would travel to the house to hold court. (For more on the first juvenile court.)

Today, a Burger King stands on the spot. Throughout its development Simcoe appears to have remained a middle / working class street and included a number of social agencies and missions.

The Norwegian Anglican Church and St. Margaret's Mission, (ca. 1912), was at the corner of Livinia and Simcoe. It is now a tot lot.

Another interesting home was that of the Lockart family at 368. There is a wonderful story on the Pier 21 website (see above) about Irish children who arrived in Winnipeg and were taken in by the Lockarts while they learned to adapt to a new country. You can read their account here.

Sadly, that site is now a modern apartment block. One building that intrigued us was number 597, the only commercial looking structure facing Simcoe. If you look on the side you can barely see the word 'laundry' .

After some digging I found that it is circa 1912 and was first home to the St. Paul Chinese Laundry owned by the Lee family. It continued on until the the early 30's when it was known as Wong Hop Laundry .

A neighbouring Chinese laundry purchased the business in 1932 but moved the work to their original premises on Sargent Avenue. The Simcoe Street building was put up for sale. After a couple of years of no takers as a laundry, it contents were emptied out and it was listed as general office space for sale or rent. In 1937, an enterprising barber was busted for using the upstairs of the building to run an illegal still while the main floor remained vacant.

Later that year, single-sentence classified ads appeared selling used items such as baby carriages, washing machines, car parts, and sometimes entire vehicles. These ads continued with no contact name associated with them until 1953.

More Images from Simcoe Street (my full gallery is here): I enjoy these kind of posts; in addition to being a departure from the usual blog-fare, they also educate!

Sadly the old Simcoe Street Laundry was torn down sometime over the spring. I just went by one day and it was gone! I'm really sad to see it go, but glad you got some pictures and dug up the history on it.