This is part 1 of 2 about music featured during Manitoba's centennial year of 1970. (Part 2)

If you are of a certain age you will be very familiar with the song. It was taught in music class, sung at choir recitals and The Five Bells' cover version hit the charts in 1970. There have been other covers of it since, and in my humble opinion you've not really heard the song until you listen to the wonderful version by Alana Levandoski from a couple of years back (alternate link to audio.)

Moody Manitoba Morning became an unofficial anthem of Manitoba's 1970 centennial celebration and, who knows, might get a bit of airplay during Manitoba's sesquicentennial in 2020.

I caught up with songwriter Rick Neufeld to talk about Moody Manitoba Morning's origins ! 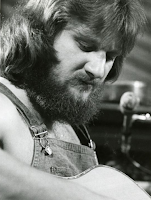 Neufeld in 1975, Tribune Personality Collection, U of M

Rick Neufeld was born in Deloraine, Manitoba and raised on farms around Boissevain. After completing grade 12 at Mennonite Collegiate Institute in Gretna he moved to Winnipeg and spent a year at the University of Manitoba.

Things did not go exactly to plan in the big city. Neufeld explains, "After a tough first year in the U of M architecture program they changed the degree format completely and I was having doubts about continuing, so when I met Paul Simon after a Simon and Garfunkel concert at UMSU* I decided to quit school during my second year and commit to being a singer songwriter."

(In this interview for the Harvest Sun Music Festival, Neufeld recalls how he met Paul Simon in Memorial Park and chatted with him !)

After a year of playing coffeehouses and working as a draftsman at Dominion Bridge, Neufeld went on an extended visit to Europe in late 1967. He says that while in Munich, "I noticed a note on the youth hostel bulletin board of a Canadian with a car looking for someone to help with expenses and driving." That someone turned out to be Richard Hahn, son of composer Bob Hahn who was making a name for himself on the Canadian music scene.

When Neufeld returned to Canada in 1968 it was to the Hahn household in Montreal where Neufeld met Bob. Neufeld recalls, "I was broke and stayed at his home in Montreal and played some of my songs for him which touched his Saskatchewan heart. (H)e gave me money to get me back to Winnipeg and told me to write, write, write." Hahn would become Neufeld's musical mentor and publisher.

Back in Winnipeg, Neufeld set about establishing himself on the local music scene playing both his own music and covers of folk icons at clubs, coffeehouses and festivals. He also made the finals of the guitar competition category at the Winnipeg Guild of Folk Music's annual festival in the summer of 1968.

Neufeld recalls putting Moody Manitoba Morning to paper. "I was living with a family in Fort Garry and remember vividly sitting at the kitchen table and writing it". When asked if it really took him just 20 minutes, as was reported back in the day, he replies, "Yes it did and virtually without any changes after that."

As for its delightful portrayal of lazy, content summer days in small town Manitoba, he explains that "Having spent most of my life on the open prairie, it was on reflection of that after the time in Winnipeg and the historical clutter of Europe that I wrote the song."

When it came time to publish Moody Manitoba Morning there were suggestions that the lyrics be changed to "Mississippi" or "Missouri" to give it wider appeal. Neufeld stuck to his guns and the song was published as written by Bob Hahn's Laurentian Music in 1969. 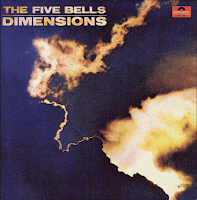 It was around this time that Montreal cover band The Five Bells, also see, were looking to break into the recording industry.

When asked what it was like hearing one of his songs on the radio for the first time Neufeld says "it was overwhelming". He admits that many of his friends thought he could have done a better version of the song, "but the deejays liked (The Five Bells') sound and played both sides of the single until ‘Moody Manitoba Morning’ charted."

The song earned Neufeld a Loyd C. Moffat Award for most popular folk song. At the May 1970 BMI Canada Music Awards he received a certificate of honour for Moody Manitoba to recognize its "outstanding contribution to Canadian Music." (Two other Manitobans, Randy Bachman and Burton Cummings, also walked away with BMI awards that night.) 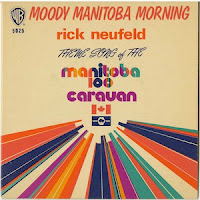 There were two official songs commissioned by the Manitoba Centennial Corporation, see part 2 of this post for more about them, but Moody Manitoba Morning proved so popular that it was added as the "theme song" of the Manitoba 100 Caravan show that toured the province that summer. It was also sung by various artists and choirs and at ceremonies and on radio and TV specials.

To take advantage of its centennial popularity Neufeld's own version of Moody Manitoba Morning was released as a special single in 1970 backed with Boissevain Fair. 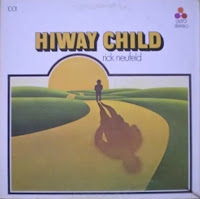 To top off a successful couple of years, Neufeld was invited to Nashville in 1971 where he played on stage at the Grand Ole Opry.

Brian Groy in his Winnipeg Tribune Youthbeat column reported that upon his return from the U.S. Neufeld said that his ambition was now to "buy me a farm, bed up, and write music", and that's just what he did.

Along with Dianne "Rosie" Giesbrecht, whom he married in 1970, he bought a 38-acre farm south of Winnipeg and continued to write music. He also toured as both a solo artist and with his band, Prairie Dog. In 1973, Neufeld released his second album called Prairie Dog. 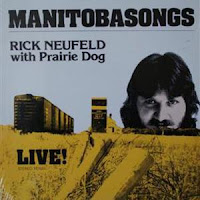 On May 23, 1975, Neufeld and Prairie Dog performed at the Western Manitoba Centennial Auditorium in Brandon. It was recorded as both an album and to be made into a half-hour CBC TV special.

The album, ManitobaSongs, was released in November 1976 and contained tracks about different regions of the province, such as Souris River Valley Ups and Downs, Flin Flon Gone, Pukatawagan and The People in The Pas. After its release, Neufeld and his band were back on the road for another tour.

In 1977, Neufeld had a stint on CBC TV as co-host, along with fellow folk singer Colleen Peterson, of the musical variety series The Road Show. The four, one-hour episodes were shot on the prairies and aired in June as a summer replacement for the The Tommy Hunter Show.

ManitobaSongs was Neufeld's last album, so what happened to him after that?

Neufeld explains, "I always had anxiety as a performer and always liked entertainment coaches, so I bought a twenty-year-old Flyer Canuck 500 in Winnipeg". He then drove for the likes of Graham Shaw and Bruce Cockburn and went on to spend the next three decades as a tour coach driver.

Around 1980, Neufeld visited Salt Spring Island for the first time to pick up a new coach and says he "fell in love with the island at first sight". He would soon divide his time between the island and the road, eventually retiring there.

Recent gigs have included opening for The Bros. Langreth in 2017 at the Salt Spring Folk Club, the 2019 Crankie Festival in Winnipeg to honour Mitch Podoluk, and annually at the Harvest Sun Music Festival in Kelwood, Manitoba.

Looking back on Moody Manitoba Morning after 50 years, Neufeld says, "it is very cool to have people sing along to most of the song. It is obviously the touchstone of my comparably brief time as a songwriter."

Thanks to Rick Neufeld for answering my many questions for this post!

I met Rick in 1973,the year I finished high school and worked on the STEP program. I think Rick had been hired to do some entertaining of the work crews. I remember "Rosie....." and, of course Moody Man Morning.
Yesterday, I was going through some old albums and listened to Rick's Prairie Dog album. It turns out I knew most of the words to most of the songs.

Take care, Rick. Thanks for the music.

We in Winnipeg I think, suffer from an egocentric tendency to think that Winnipeg is the center of the universe, while at the same time slamming our own talented people who fail to make a splash in the bigger media centres. We seem to celebrate the accomplishments of Winnipeggers after they leave the Manitoba capital region and receive kudos from outside sources. We usually fail to recognize anything local as having any worthwhile merit. This puzzles and agitates me. While the rest of the known universe pours on the praise for Winnipeg and Manitoba artists and accomplishments, we ourselves often burn and criticize our own. For me Rick Neufeld's song was always the exception to this phenomenon. Moody Manitoba Morning celebrates our vast province in a subtle yet powerful way. In plain language it describes the satisfaction of being alive and appreciating what we often take for granted, the spiritual reality of waking up and enjoying the sense of being present in a beautiful environment. Hearing this song in my younger days was always a pleasure and a relaxing respite from the grind of life. So congratulations to Rick Neufeld on composing this Manitoba masterpiece and for living out his dreams on the prairies. And by the way, thanks to the author of this fine article!!

Thanks for the insight, but a slight correction: The Winnipeg Free Press "Youth Beat" columnist was Brian Gory, not "Groy".