Here is a guide to my columns in the Winnipeg REALTORS' Real Estate News. 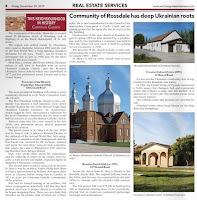 Rossdale, Manitoba and its deep Ukrainian roots is the subject of my November 30, 2019 column.

I try to find the lost community of Navin, Manitoba in my November 15, 2019 column. 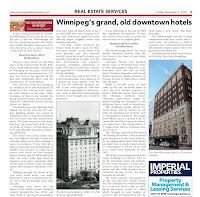 The historic Fort Garry Hotel is for sale! I look back at the history of two of Winnipeg's grand, old hotels in the November 1, 2019 edition. 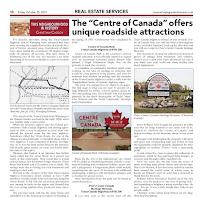 What attractions will you find at the Centre of Canada? Find out in the October 25, 2019 edition. 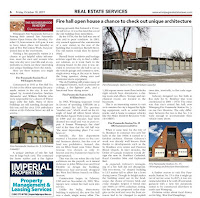 In the October 16, 2019 edition I suggest some architecturally interesting Winnipeg Fire Paramedic Halls to visit during their open house. 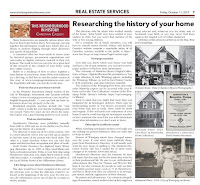 Would you like to find out the history of your home? I provide a few helpful tips in the October 11 edition. 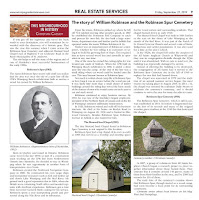 I find out the story behind the interestingly named Robinson Spur Cemetery and Mustard Seed Chapel in the R. M. of St. Andrews in the September 27, 2019 edition.
In the September 20th issue I look at the history of a couple of west Winnipeg trees. 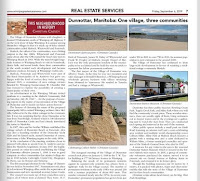 The history of the Village of Dunnottar was my topic for September 6, 2019. 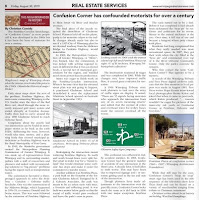 The history of Confusion Corner was my topic for the August 30, 2019 edition.

For August 16th's column it is the historic buildings and giant mushrooms of Maleb, Manitoba. 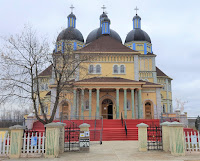 I visited the Immaculate Conception Church at Cook's Creek, Manitoba for the August 9, 2019 edition.

The forgotten Lake Winnipeg resort of Sans Souci and the remarkable couple who ran it are the focus of my July 19, 2019 column.

The neighbouring Grant Park High School, the Charles Barbour Arena and the Pan Am Pool are the focus of my July 12, 2019 column.

I explore the history or Warren, Manitoba in the July 5, 2019 edition.

The history of the hamlet of Sperling, Manitoba is the focus of my June 21, 2019 column.

In the June 28, 2019 edition I take a look at the long and bumpy road to change the name of Dominion Day to Canada Day. 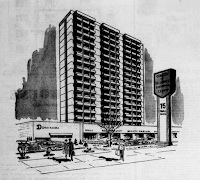 The late 1960s was the golden age of development in the city of St. James. I take a look at two of the largest projects, the Grace Hospital and Courts of St. James, in the June 14, 2019 edition.

Arbor Day hasn't been a public holiday in Manitoba since 1947. When it was, the day signaled the official start of cottage season. I find out more about the relationship between Arbor Day and cottage country in my May 31, 2019 column. 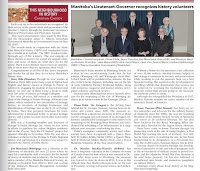 Meet the five recipients of the 2019 Lieutenant Governor’s Historical Preservation and Promotion Awards presented earlier this month at Government House in the May 17, 2019 edition. 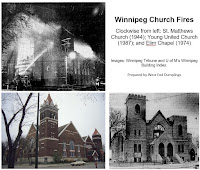 In the aftermath of the Notre Dame de Paris fire, three major Winnipeg church fires where the buildings rose from the ashes in the April 26, 2019 edition.

I look back at the history of some of Lake Winnipeg's bygone resorts in the April 12, 2019 edition.

I was back again in Selkirk for the March 19, 2019 edition to look at the history of three of its churches.
.

For the February 15, 2019 edition columnists were ask to create a list of what they loved about Winnipeg. I chose to write about the interesting people from its past. The list continued in the March 1, 2019 edition.

The story behind the creation of Birds Hill Provincial Park and the Agassiz Provincial Forest is my column in the February 1, 2019 edition.

For January 29, 2019, I return to Kildonan Park, this time to look at its unique architecture.
.

For the December 21, 2018 year-end edition I explore the history of two Winnipeg holiday traditions: the city hall Christmas tree and the downtown street decorations.

In the December 7, 2018 edition journey back to the formative years of Kildonan Park.

I revisit south Osborne Street in the November 30, 2018 edition. Find out more about the No. 10 Ambulance Station, Rubin Block and Our Lady of Victory Memorial Parish.

On November 23, 2018, I explored Domain, Manitoba and found out about the history of Domain School, Avonlea United Church and the Domain grain elevator. 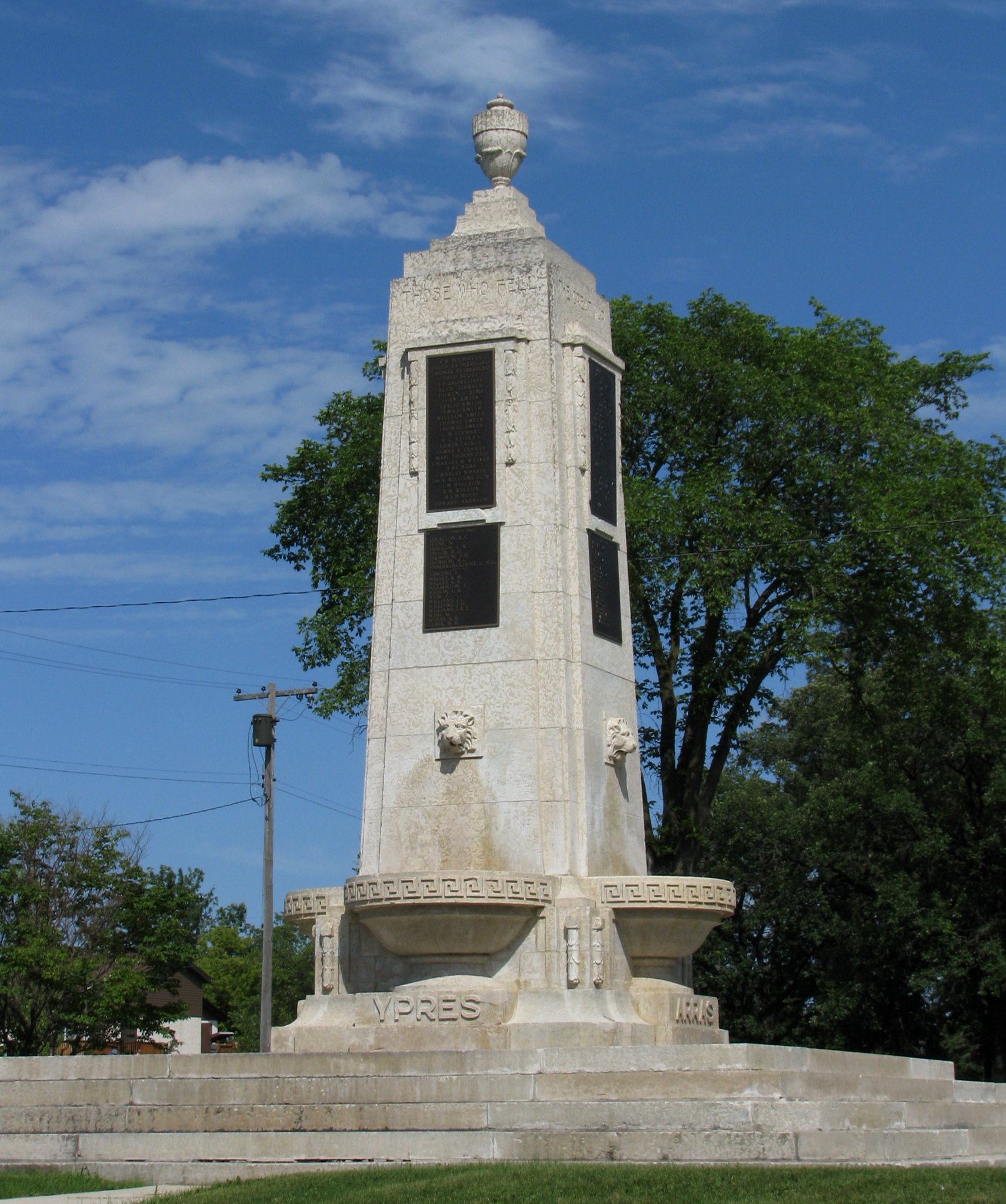 I told the story behind three Manitoba war memorials in the Remembrance Day issue. 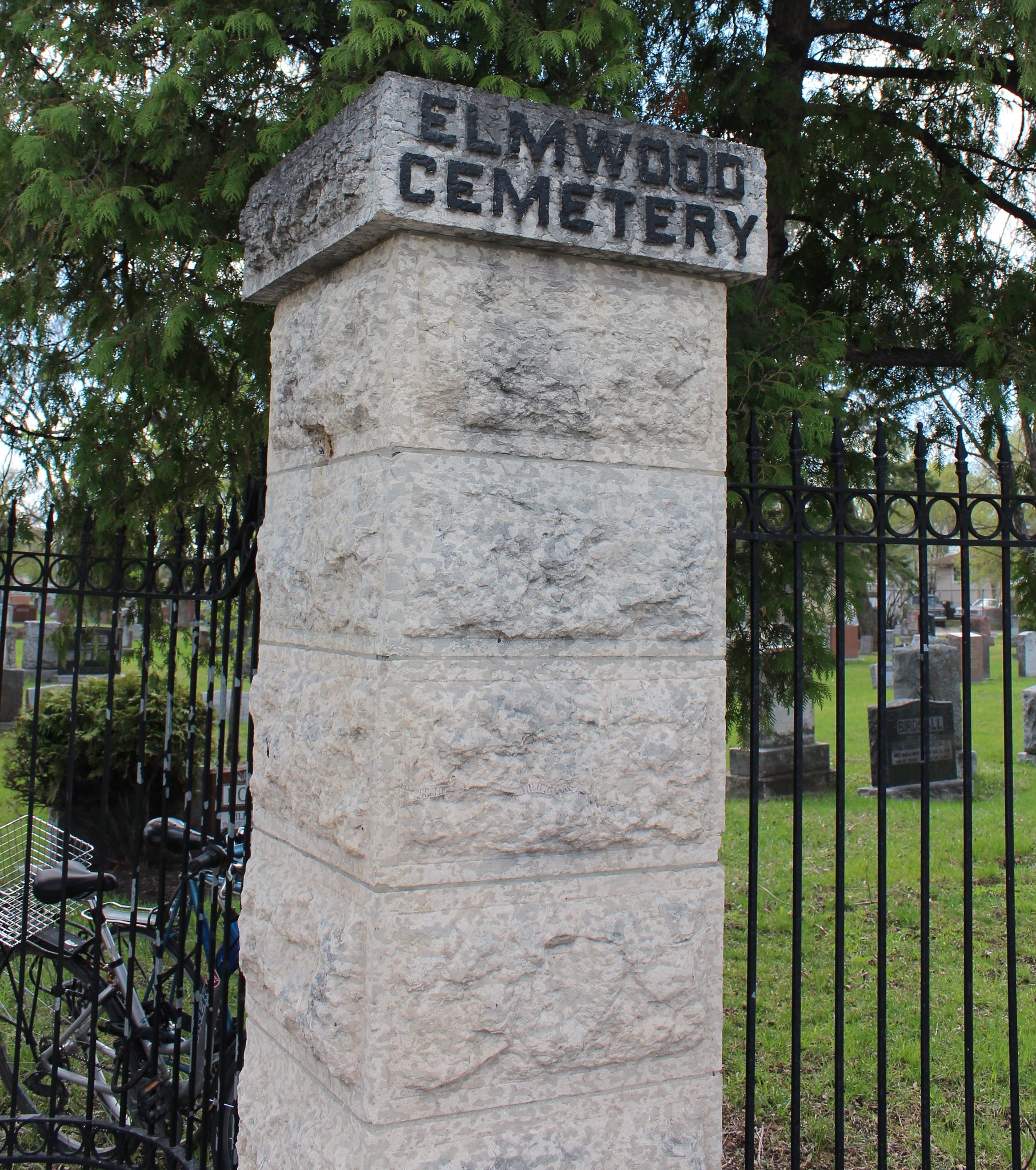 In the October 19, 2018 edition I explored the Village of Baldur, including the Fowler Block, Poole Block and grain elevator.. 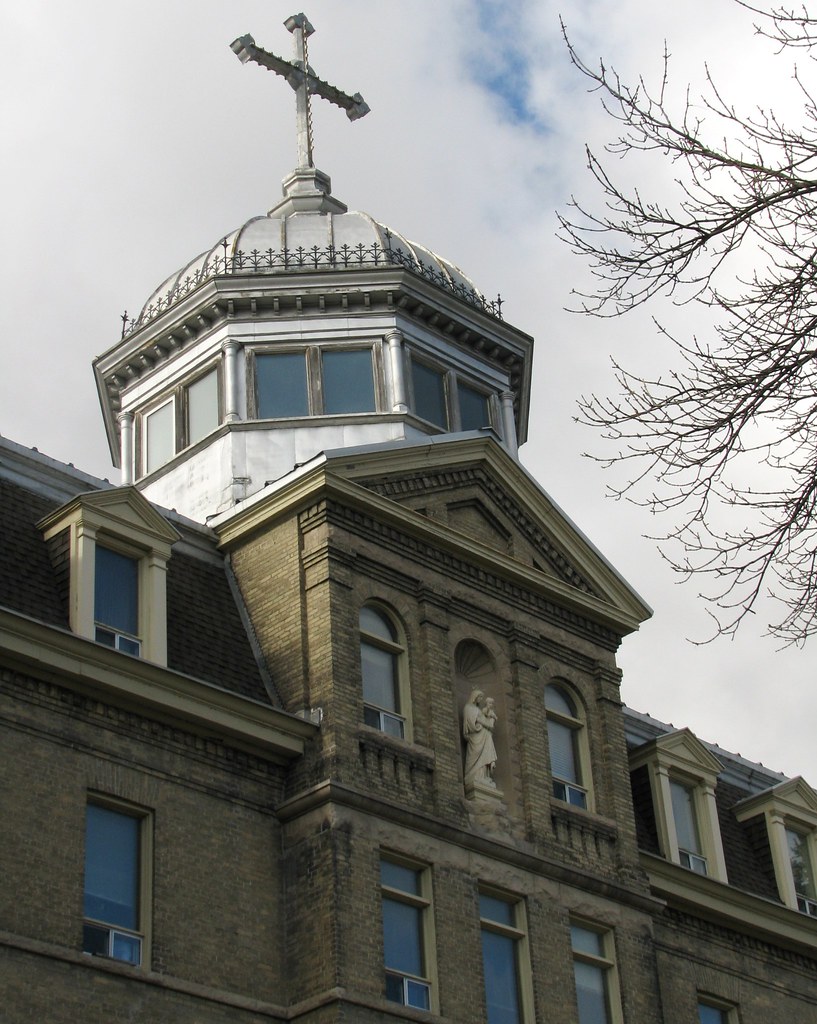 The four corners of Wellington Crescent and Academy Road were my focus in the October 12, 2018 edition.
.

I take a look at Argyle, Manitoba in the September 21, 2018 edition, including the Brant Argyle School which dates back to 1914, the Argyle General Store and the Argyle Curling Club.

For the September 14, 2018 edition I visited the quiet, tree-lined Glenelm neighbourhood of Elmwood. It starts at the foot of the Redwood Bridge and was marketed as "The Fort Rouge of the North" when first subdivided. I look at the history of Glenlem School and Gordon-King Memorial Church.

In the August 17 edition I revisit Steinbach, Manitoba to dig into the history behind "Big Red Car", Steinbach's war memorial and the Millennium Clock Tower.

I revisit Selkirk, Manitoba for the August 3 edition. This time, I look back at the history of the Selkirk Lift Bridge and former post office building. 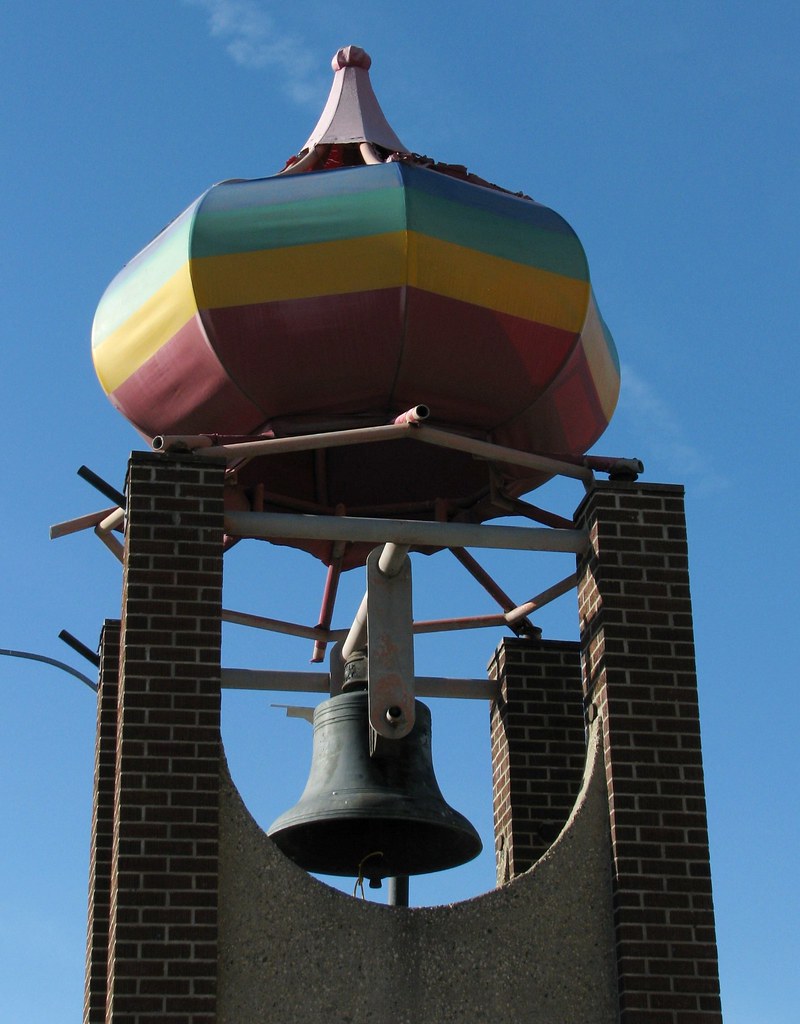 In the July 13, 2018 edition I write about the history of the half-dozen or so Fresh Air Camps that used to dot the shores of Lake Winnipeg. The only one with any substantial buildings remaining is now part of Camp Morton Provincial Park. 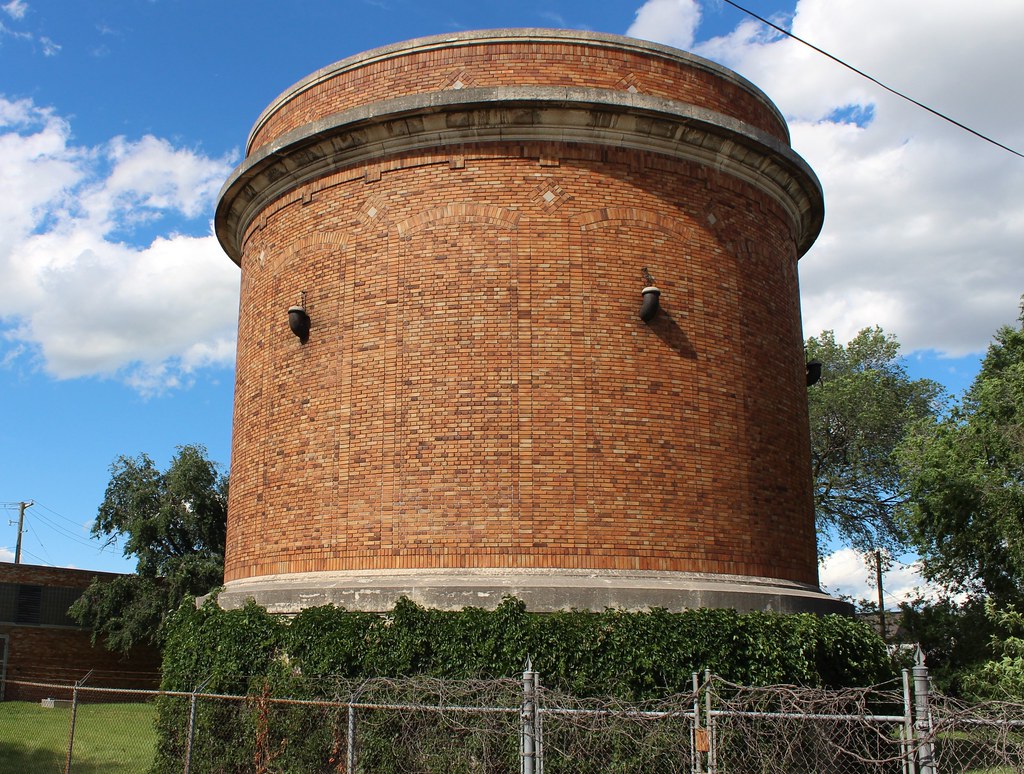 St. Boniface is my subject in the July 6 edition. I look at the history of St. Boniface city hall, the Belgian War Memorial and and the unique St. Boniface Surge Tank on Provencher Boulevard. 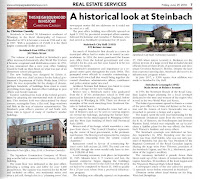 In the June 29, 2018 edition I look at the history of Steinbach's city hall, cenotaph and post office building.

Stonewall's Town Hall, Quarry Park and Bank of Commerce building are the subject of my June 15, 2018 column. 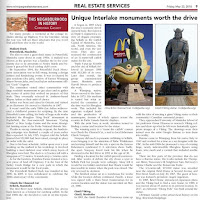 Find out more about the Petersfield Mallard, Chuck the Channel Cat, the Gimli Viking and the artists behind them in the May 25, 2018 edition. 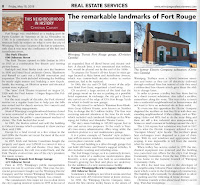 I visit Fort Rouge and the story behind the Winnipeg Transit Garage, former Winnipeg Electric substation and the Park Theatre in the May 8, 2018 edition.

I start in Selkirk, Manitoba to look back at the history of Daerwood School, the town's iconic water tower and the Garry Cinema for the April 27, 2018 edition. 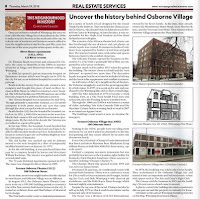 I start in Osborne Village with a look at the history of three of its buildings in the March 29, 2018 edition.