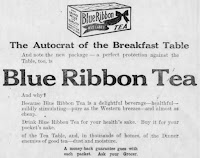 The company confirmed this in a response to my e-mail inquiry. It said there are many reasons why a product is dropped and that, "Consumer demand is a major factor. If the level of demand is insufficient to ensure that consumers receive high quality products at an affordable price, the product will likely be discontinued."

With that, a product with that originated in Winnipeg 120 years ago, quietly disappeared from the retail landscape. 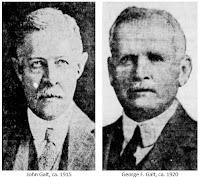 The Blue Ribbon Manufacturing Company was created in the late 1890s by the J. and G. F. Galt Company.

John Galt and his cousin George F. Galt, (also see), were both from well-to-do Ontario families and came to Winnipeg in 1882 to set up a grocery wholesale business on Ross Avenue. Their trade boomed along with the city's economy and in 1887 they had a large factory and warehouse built on Princess Street.

In 1897, the Galts created a subsidiary called the Blue Ribbon Manufacturing Company at 333 Elgin Avenue. They hired John Dingle Roberts from their major competitor, Pure Gold Manufacturing of Toronto, to run the factory. Customers got a preview of their products at their booth at the Winnipeg Industrial Exhibition that summer when they offered free tea to all.

By November, Blue Ribbon's plant was producing the household basics of coffee, tea, baking powder and packaged spices. More than just a re-packager, they roasted their own coffee, blended their own tea and ground their own spices at the Winnipeg plant.

Thanks to the reach of the Galt's existing grocery wholesale network, the Bue Ribbon brand instantly had distribution through Western Canada.

Business was so good that a larger premises was built for the Blue Ribbon at company at 87 King Street in 1901. 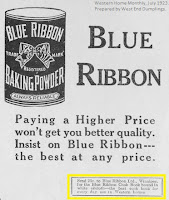 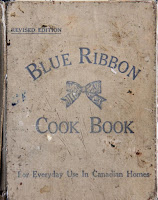 The company published the first Blue Ribbon Cook Book, "Prepared especially for everyday use in Western homes" in 1905. It cost 25 cents, it was packed full of recipes, including a section for bachelor cooking, and handy household tips. It became a staple in many Canadian homes.

At least nineteen editions of the cook book were printed into the late 1940s, though later versions swapped "Western" for "Canadian" in the subtitle. 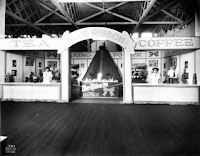 The company underwent a number of corporate changes through the decades.

In 1907, it took on more investors and became Blue Ribbon Company Limited. Three years later, the Galts merged their Galt Company in with Blue Ribbon and left the grocery wholesale business behind in favour of manufacturing.

In 1930, two years after the death of George and three years before the death of John, control of the company was sold to Blue Ribbon Corporation Ltd..

By World War II, Blue Ribbon had built a second plant in Vancouver and bought out Toronto-based competitor Pure Gold Manufacturing. The Blue Ribbon brand was marketed in the West and Pure Gold was used in the East.

On October 31, 1959, Blue Ribbon was purchased by Brooke Bond Canada Ltd., a subsidiary of the U.K.-based tea and spice company. The manufacturing plant stayed in Winnipeg but the head office moved to Montreal.

Blue Ribbon's tea, coffee, and baking soda carried on under the new company, though, it seems, the spice division was either discontinued or absorbed under the existing Brooke Bond Spices trade name. 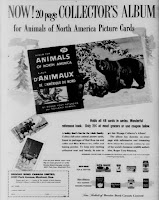 Brooke Bond had another tea in their product line-up called Red Rose that was manufactured in Eastern Canada. The two teas continued under their own names and often shared Brooke Bond marketing schemes, such as their collectors cards series.

The card idea originated with Brooke Bond's U.K. teas in 1954. The plastic cards, seventeen different series produced for Canadian products between about 1959 and 1974, came free inside boxes of Red Rose or Blue Ribbon tea. Topics included Songbirds of North America, animals, baseball players and the Future of Transportation. In 1954, Blue Ribbon offered a a series on CFL players. 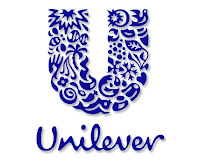 British-Dutch company Unilever acquired Brooke Bond in 1984 for £389 million in a hostile takeover. The conglomerate, which by this time owned Lipton's, was primarily interested in Brooke Bond's hefty share of the British tea market.

Soon after the takeover, manufacturing plants in places like Saint John, NB and Winnipeg were closed. (If you know more about when exactly the Winnipeg plant closed, please let me know below!)

With this and subsequent takeovers of competitors, Unilever had about a dozen brands of tea in its product line. Some, like PG Tips and Lipton, were known to large sections of the globe while others were regional brands specific to India, Australia and Canada. 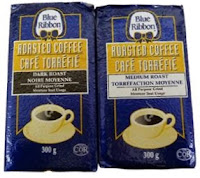 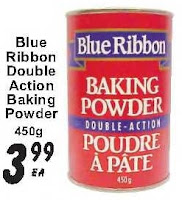 The Blue Ribbon family of products products such as tea, coffee and baking powder, were advertised in newspaper grocery ads in to the 2010s. The last mention found of them comes in December 2014. Today, no "Blue Ribbon" branded products are listed on the company's Canadian website, though Unilever still holds the copyright to the name and various logos.

Thanks for the info on Blue Ribbon , I am in Ontario and I collect Blue Ribbon items and I was not aware of the later blue foil sealed coffee bags. The one item I am really looking for is an original tin foil and paper tea packet similar to the ad on your page from 1914 Winnipeg Tribune. Nice to see all that information .

Now I will stop looking for blue ribbon tea bags. Glad I went online. Thanks for the update.

I'm looking for the ingredients that were in the Blue Ribbon Pickling spices. It was packaged in a small box.

Thank you for sharing this info. I have for years drank Blue Ribbon tea but I am not often a tea drinker. Tried to find some to purchase today and saw your article. Also disappointed to hear of the demise of Blue Ribbon baking powder.

Thanks so much for this informative post! My great grandparents homesteads in Saskatchewan in 1903. Today my 89 year old father had a sudden memory of his grandma drinking Blue Ribbon tea. Thank you for the info and advertisements that gave context to his memory! Great post!

Interesting! I have the four Loopin and Jaggers books by Loretta Moore, copywriter 1945 “To receive them just save Blue Ribbon coupons found in Blue Ribbon Tea, Coffee, baking powder, cocoa and Bsking Chocolate.” Is what it says on the back of the booklets.

Do you have the 4 Loopin and Jaggers booklets published in 1945? A person could get them by sending in Blue Ribbon coupons from their products.

I have a binder full of old Blue Ribbon systematic saving certificates, are they worth anything?

Injectable Steroids are an excellent way for athletes to bulk up quickly and easily. These drugs allow you to build muscle faster, and they’re available right here in Canada.
injectable steroids canada

We found an old blue ribbon cook book when we cleaned out may grandma's house. Only date in it us 1905. Not sure if your interested

I have been looking for articles on these topics for a long time. 카지노사이트 I don't know how grateful you are for posting on this topic. Thank you for the numerous articles on this site, I will subscribe to those links in my bookmarks and visit them often. Have a nice day.

I'm looking for a lot of data on this topic. The article I've been looking for in the meantime is the perfect article. Please visit my site for more complete articles with him! 메이저검증

Been looking for blue ribbon baking powderin saskatoon sk, where can i find some?

I was impressed by your writing.
Your writing is impressive. I want to write like you.
I hope you can read my post
and let me know what to modify.
My writing is in I would like you to visit my blog.
메이저사이트

I accidentally searched and visited your site. I still saw several posts during my visit, but the text was neat and readable. I will quote this post and post it on my blog. Would you like to visit my blog later? 메이저놀이터추천

There are also articles on these topics on my blog and I hope you visit once and have a deep discussion! 메이저놀이터