The Winnipeg Theatre Fire of 1926 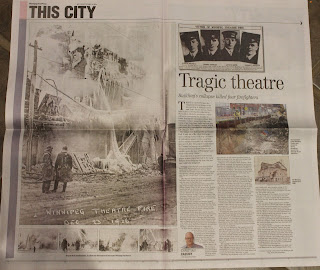 My column in yesterday's Winnipeg Free Press was about the Winnipeg Theatre Fire of December 23, 1926 that destroyed the building and killed four firefighters. You can check it out here.

Unfortunately, the images from the dead tree version did not make the online version and I thought they were an important part of the story, so here they are. Note that some photos were supplied to me. Please click on the link to find out detailed source information. 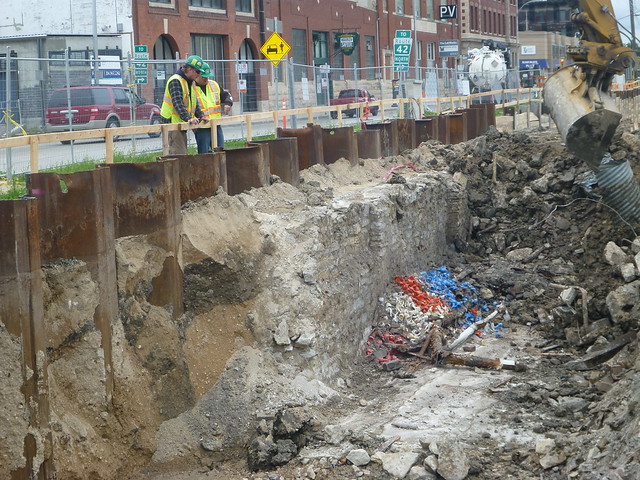 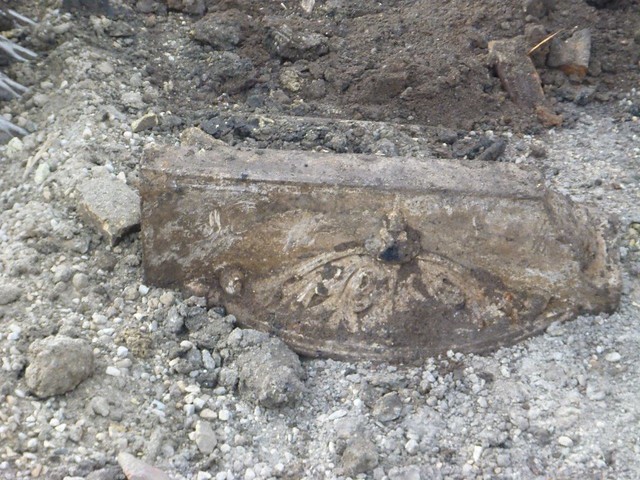 
This 89 year-old tragedy resurfaced, literally, this summer when Manitoba Hydro was excavating for their new downtown substation on Adelaide Street at Notre Dame Avenue. Workers uncovered the foundation and some other stonework from the building.


"The Winnipeg" actually started out life as Victoria Hall, financed in 1883 by local businessman Thomas McCrossan. It had commercial space on the main floor and an assembly hall upstairs that could seat 1,400.

In 1897 Corliss and Harriet Walker purchased the theatre, gave it a major renovation, including sloping floors to make it into a theatre, and rechristened it the Winnipeg Theatre. They then relocated their Fargo-based vaudeville theatre chain to Winnipeg.

This remained their headquarters until the Walker Theatre was built in 1904. 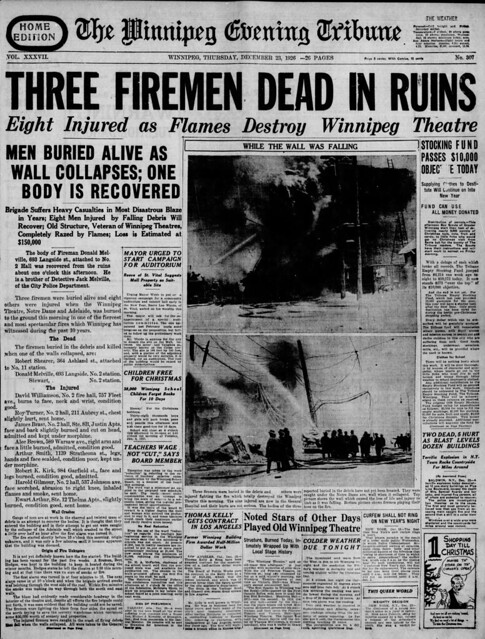 The fire began on the morning of December 23, 1926. Part of the wall collapsed to the sidewalk below, killing three firefighters and injuring nine more. Later that night, another firefighter died from his injuries. 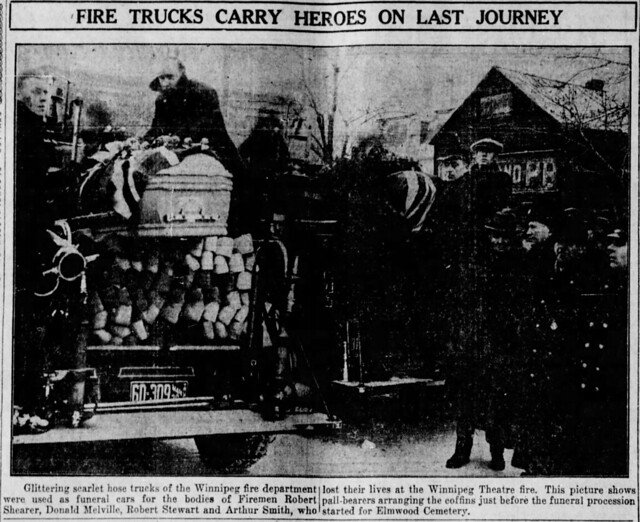 The city was shocked by the tragedy, the worst in the Winnipeg Fire Department's history.

The funeral was held at St. Giles Church on Burrows Avenue. It was standing room only and hundreds waited outside to walk past the bodies as they lay in state.

The fallen men were:

They were buried side by side at Elmwood Cemetery.

-  For more photos of the firefighters in action.
- To read the Winnipeg Tribune front page story on the day of the fire.