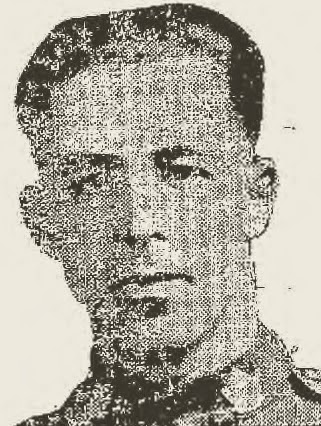 Lance Corporal Vaughn* David Watt was the only son of David and Jenny Watt of Birtle, Manitoba.

The Watt family moved from Woodstock, Ontario to farm. They relocated closer to town when David got a job as a grain buyer, then manager, for United Grain Growers. Mother Jenny was was a driving force in the Home Economics Society and the Manitoba Women's Institute, becoming its first secretary in 1910 and went on the become president of the national organization in the 1920s.

(* In most instances, his name is spelled Vaughan. That includes newspaper references, the Birtle history book, and his Soldiers of WWI and Virtual War Memorial entry. If you look at his attestation papers, however, he clearly signs his name Vaughn and there is even a place where his name is written and the "a" clearly crossed out ! Most letters to the family from people who knew him use Vaughn. I will use the latter.)

Growing up with his two sisters, Vera and Nell, Vaughn worked on the family farm. He also had a job at a bank, (most likely the Union Bank on Main Street), and played in the the Birtle band.

At the time he enlisted in 1916, he was 24, single and listed his occupation as a farmer near Regina.

Watt was promoted to Lance Corporal in May 1918 and died on August 9, 1918 in the Battle of Amiens just three months before the First World War ended. A friend or relative responding to a note from Jenny Watt provided some details of his death: Watt was shot through the heart and “died quite suddenly” and the friend lamented that he was unable to retrieve the body.

Watts' remains were eventually recovered. His is buried in the Rosieres Communal Cemetery Extension in France.

On the evening of Sunday, September 1, 1918 a memorial service was held at the Union Church of Birtle, (now Birtle United Church), for Watt and Herb Walker, another a local farmer and musician who was killed on the same day. 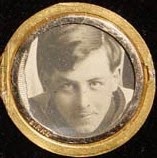 U of M Library, Archives and Special Collections

The Vaughan David Watt fonds at the University of Manitoba contains letters and cards home to his family and other written memorabilia. Much of it has been digitized.

Watt and audio version of his letters home are also featured in this episode of West End Dumplings - The Radio Edition. Check out the podcast !