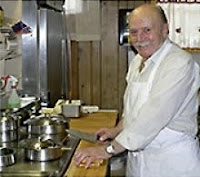 Born and raised in Gythion, Greece, Damianakos came to Canada in 1963 to marry his childhood sweetheart, Voula. He purchased The Windmill in 1969 and for over 45 years manned the counter.

In an interview with the Winnipeg Free Press' Melissa Martin published on May 28, 2016, Gus said of his impending retirement: "I’m satisfied. I worked hard, I had lots of fun."

Damianakos never did retire as the restaurant, which had been up for sale for months before his death, never sold. It is unclear what will now happen to The Windmill.

I thought I would take a look back at Damianakos and the other past owners of this North End institution. 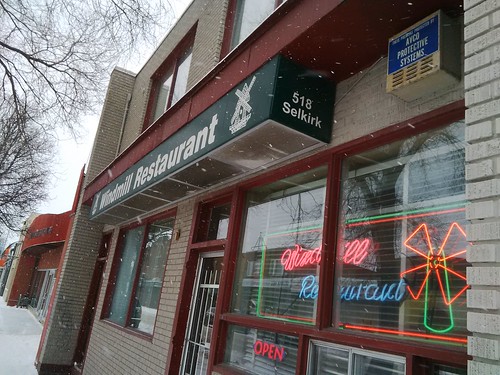 "The Windmill Lunch" first appears in the 1948 Henderson Directory at 496 Selkirk Avenue. (A pair of 1992 ads use the phrase "serving people since 1936", though no listing for the Windmill exists prior to 1948, nor was there a restaurant at 496 Selkirk prior to this one opening.)

The original owners were the Ludwigs, David and Hilda, of 193 Andrews Street. Daughter, Denise, worked as a waitress. Prior to getting into the restaurant business Mr. Ludwig served in World War II, then worked as a shipper with Kahane, a manufacturer of toiletries.

The first employees, or possibly business partners, were Sam and Rita Winrob of 599 Flora Avenue.

Being a small business, The Windmill did not advertize and the Ludwigs stayed out of the papers. They did, though, sponsor a team in the local ten pin commercial bowling league through the early 1950s, which got their name mentioned regularly in the sports pages.

In 1957, the Kowalsons, Dave, Violet and daughter Denise, of 425 Burrows became the new owners. Mr. Kowalson had previously been a taxi driver, (perhaps a regular customer of the Windmill ?!)

The Kowalsons made a couple of significant changes to the business. They moved it to 518 Selkirk Avenue, when, it seems, the original location was set to be demolished. They also extended the hours through to midnight.

In 1961, The Kowalsons sold up and David went back to being a driver / operator for United Taxi.

The new owner, Frederik Karlenzig, was born at Lowe Farm, Manitoba and lived in Rivers before coming to Winnipeg. He spent 25 years in the restaurant business. 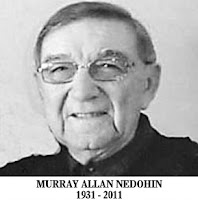 In 1964, Murray Nedohin and Laddie Kroschinsky took over the reigns. The two men worked together as district managers at the Winnipeg Free Press.

For Nedohin, born in Overstoneville, Manitoba, this was his first shot at his dream of running his own business.

In 1969, the men sold up and Nedohin went on to run numerous restaurants, including the Black Knight Restaurant, Empress Lanes Restaurant and the Poplar Bay Trading Post. In retirement, he ran a vegetable market from his home on Henderson Highway.

The most recent owner was its longest serving.

Gus Damianakos was born and raised in Gythion, Greece and came to Canada in 1963 to marry his childhood sweetheart, Voula. 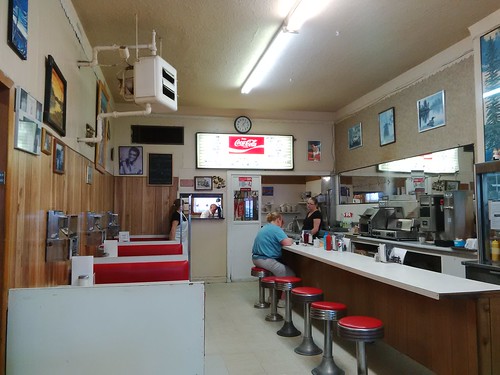 Aside from Damianakos, the restaurants charm is its largely unrenovated interior of red pleather, wood panelling and jukeboxes in the booths. It has been a set for a number of movies over the years, including "Shall We Dance", "Capote", "The Big White" and "Horsemen".

In an interview with the Winnipeg Free Press' Melissa Martin published on May 28, 2016, Gus said of his impending retirement and possible sale of the restaurant: "I’m satisfied. I worked hard, I had lots of fun."