A pair of interesting, historic homes for sale in Winnipeg and Rivers, Manitoba

A couple of large and notable Manitoba homes have gone on the market in the past week. 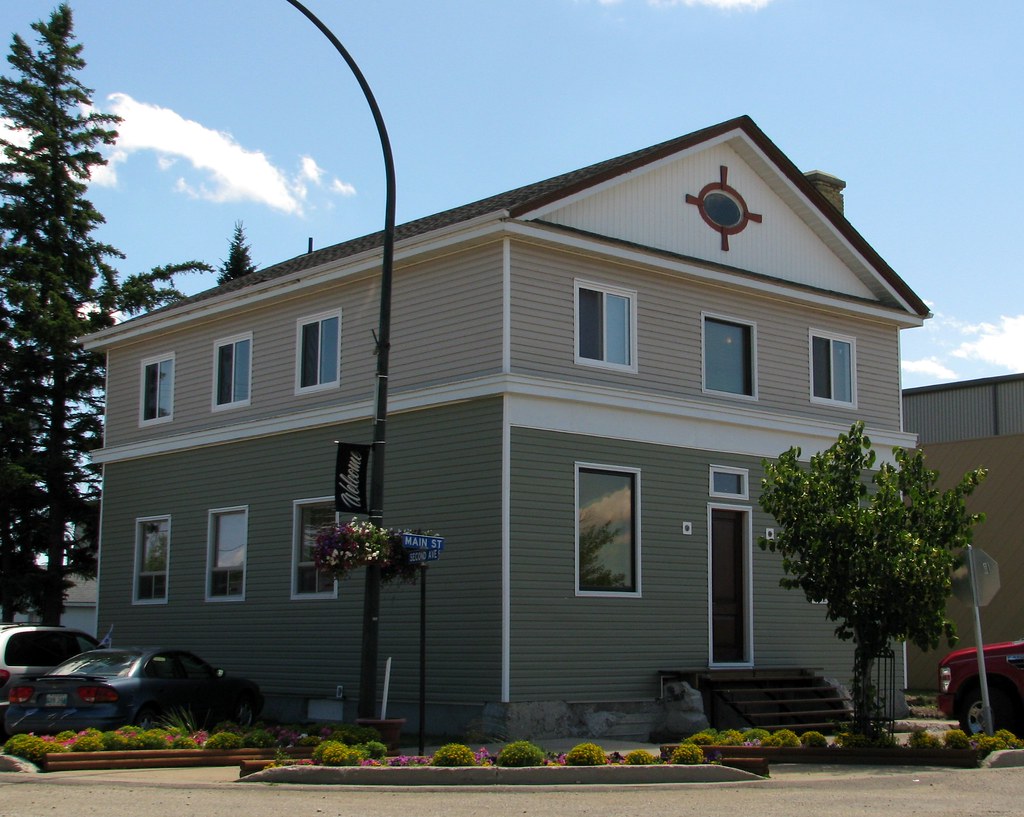 Morton Manor, a  five bedroom, 2,800 square foot, single-family home is located on Main Street at Second Avenue in the town of Rivers, Manitoba, about 40 kilometers northwest of Brandon. Here is the listing.

This was a prefabricated building, manufactured and shipped to the site by the B.C. Mills Timber and Trading Company for the Canadian Bank of Commerce. They erected it in 1908 to serve as their branch in the newly minted town.

Prefab buildings were a popular choice as the railway carved its way through the West and overnight informal settlements or bald prairie became town sites. Settlers could order by catalogue from companies such as B.C. Mills or Eaton's a variety of homes, commercial buildings, even barns and schoolhouses. The materials would be dropped off at the railway siding and in a few days could be up and running. 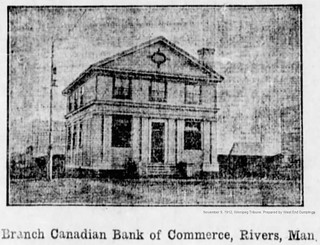 In the case of the Bank of Commerce, they hired prominent Toronto architects Pearson and Darling to design three basic bank branch models for their exclusive use. About 70 of them were erected across the West.

The main floor, with its 12 foot ceilings, acted as the banking hall and offices, (yes, there is still a vault area !), while the upstairs was the apartment for the branch manager. In subsequent decades the main floor remained commercial, while the upper floor was rented out as an apartment. From 1976 to 1997 it was owned by the Morton family.

It was purchased in 2008 by a descendant of the Morton family and converted into a single family home. I was able to check in on the renovations and you can see the photos here.

There is also a Flickr group dedicated to surviving BCMTTCo buildings. 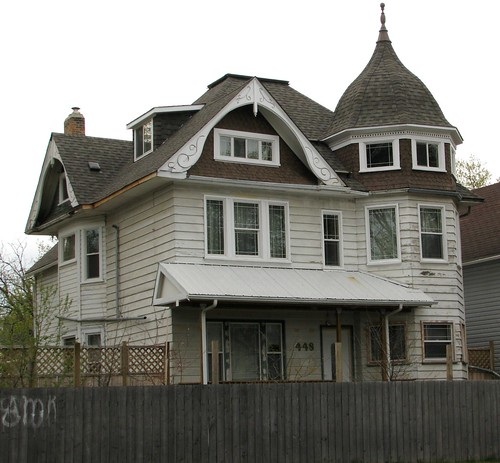 The other home of note is the eight bedroom, 2856 square foot Thorstein Oddson House at 448 Sherbrook Street, Winnipeg. Here is the listing.

In 1905 Oddson purchased this site, home to the St. Matthews Mission, forerunner to St. Matthews Church, and built this house where he and wife Rakel raised their seven children. 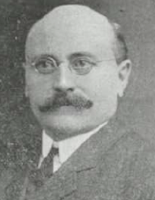 Oddson was an Icelandic immigrant, a carpenter by trade, who settled in New Iceland in 1888. A few years later, he came down to Winnipeg and eventually got into the development game. (For more on Thorstein Oddson.)

Much of his work was centred around Burnell Street in the West End, where he built nine apartment blocks. One of them, Thelmo Mansions, was at the time the largest apartment block built in the city. Oddson also built a church near Burnell and Ellice and for a time was the vice president of Columbia Press, publishers of Lögberg, an Icelandic-language weekly newspaper that is still in print.

The house has Multi-Family Residential zoning, so it likely spent time as a rooming house or triplex. It was last sold around 5 years ago and, obviously, converted back into a single family dwelling. The zoning, though, allows the new owner the option to subdivide again.