A New Mural for the West End ! 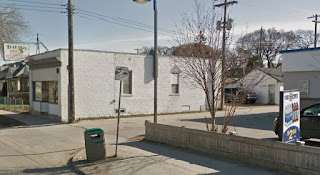 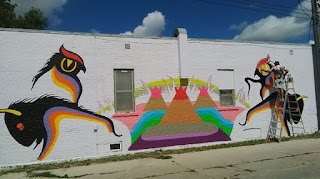 Just around the corner from my office at Ellice and Arlington, a new mural started going up over the weekend on the south wall of Telesky Taxidermy. The artist is Brian Gasenzer, who paints under the name Cash Akoza. He recently received media attention after painting a tribute to Cecil the Lion on his Wolseley garage. 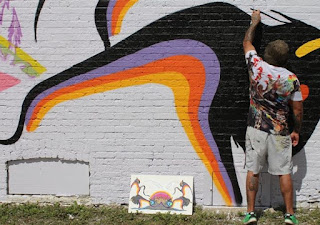 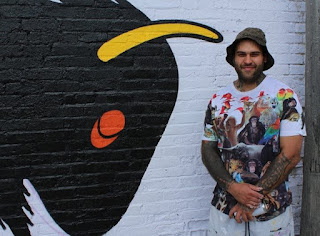 Gasenzer started out as a graffiti artist and still loves using aerosol, this mural being a combination of aerosol and acrylic. He chose an Aboriginal style because he feels that that we need to see much more of it in the city and for its beautiful style and blocking of colours.

Animals are a favourite subject of his because "...we all have a connection with different animals and animal spirits ... they are part of our consciousness."

For this mural, the artist is working from a drawing, a must in order to get approval from a BIZ or, in this case, Take Pride Winnipeg. Most of the time, though, he will approach a large surface without a preconceived notion of what the finished product will look like.

Gasenzer is currently finalizing plans with a couple of organizations for other murals. Keep an eye out on a blank wall near you or check out his Instagram page for other examples of his work.