At today’s meeting of the Historical Buildings and Resources Committee there will be an application to to de-list the former St. Giles Church, now the Bethlehem Aboriginal Fellowship, at 294 Burrows Avenue. It currently is a “Grade III” historical building under the city’s old heritage inventory, which is currently in transition to a new system. Grade III is the lowest level, indicating that a structure is a “moderately significant heritage example”.

In their application the owner, Canadian Baptists of Western Canada, include an engineer’s report that estimates the cost of repairs, including a new roof and a new foundation for the three storey annex, at nearly $2 million. For the organization and the church’s 35 members, it is too steep a price tag. In order to attract a buyer they pretty much have to de-list it so that they it can be demolished - there's not much of a market for 1000+ seat inner-city churches nowadays.

At this link you can read their application and here is the Historic Building Committee's history of the structure, including images of the original plans. 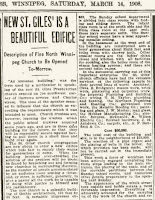 Some building histories, including today's Free Press story, refer to St. Giles as being the first Presbyterian Church established in Winnipeg, which is not the case, (a correction has been submitted). Its formation took place in 1884 in an empty store at Main and Burrows, its congregation finding the trek to St. Andrews in Lockport to attend services daunting. 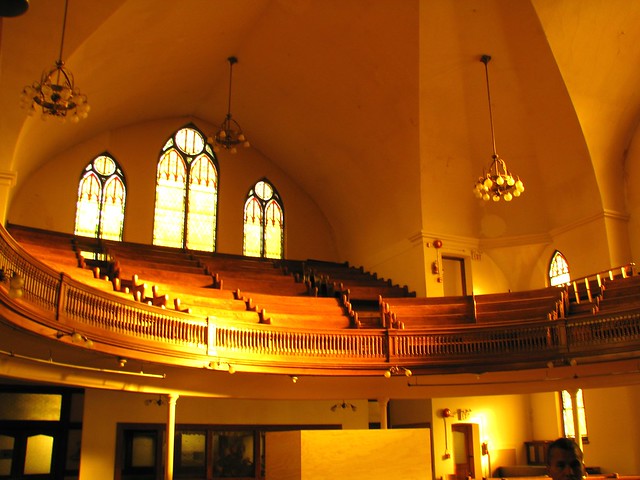 At the cornerstone ceremony Reverend W. A. Maclean, St. Giles' long-serving minister, said “We trust and pray that the erection of this building may in years to come prove a blessing to the community in which it is situated and that the work so humbly begun twenty-three years ago may in God’s hands continue to prosper”

In the short term, St. Giles and other inner-city churches did prosper, but their longer term fortunes were bleak. As the city expanded, especially after World War II, their members flocked to new suburbs and built new churches. Since the 1960s church attendance in general began to fall off dramatically, meaning that new congregants were difficult to attract.

Some churches faced the wrecking ball and others were sold off by their original owners. In the case of St. Giles, the United Church sold it in 1973. It has since been a Mennonite and a Bapatist church.

This is an issue that is not going away. For the remaining grand churches of Winnipeg, congregations continue to shrink and repair bills mount. Eventually, the same tough decision will have to be made about each of them, historic designation or not.

Churches are one of the most difficult buildings to re-purpose but there have been success stories.

There are a couple of significant differences between St. Matthews and St. Giles, however.

St. Matthews' original congregation is still there and were motivated to do something with the church before they found themselves in the same situation as St. Giles. Also, St. Matthews had made a conscious decision in the 1970s to stay put and serve its geographic community. As a result, its expansive basement houses a number of community organizations, including a daycare and new immigrant services, plus smaller "niche" congregations that share the chapel space.

For cast-off churches the West End Cultural Centre probably stands out as the best example of a space that has survived and thrived.

Sadly for St. Giles, it looks like its time quietly ran out.

UPDATE: The committee denied the application for de-listing. 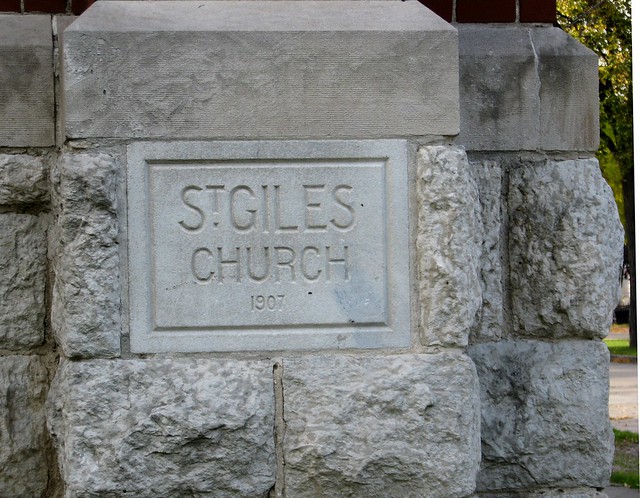