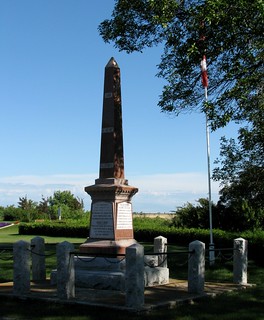 Arthur Austin was born May 20, 1884 is Sompting, Sussex, England to John and Jane E. Austin. That is one of the few definites that can be found about his life and death.


As a young man, Austin came to Manitoba and settled in Wawanesa. In 1913 he left to attend the Omar School of Trades and Arts,  a short-lived institution on Main Street, Winnipeg across from city hall. In December he graduated with his certificate as a gasoline engineer.

Austin enlisted at Brandon on March 22, 1916 with the 79th Battalion (Manitoba) and was soon transferred to the 5th Battalion (Saskatchewan Regiment).

Not a great deal is known about his death. The Circumstances of Death Registration simply notes that on September 27, 1916: "Previously reported missing, now for official purposes presumed to have died."

Austin was 32 and single. His next of kin were his parents at 55 Southfield Road, Broadwater, Worthing, Sussex, England.

It appears that his remains were never identified. He is commemorated on the Vimy Memorial in France and on Wawanesa's cenotaph.