Sunday was a bad day for100+ year old residential buildings in Winnipeg's core.

Fire appears to have completely destroyed the apartment buildings at 543 - 545 Bannatyne. They were empty, undergoing renovation so no tenants were affected.

This was a pair of adjoined buildings constructed a year apart as investment properties around 1910. The building on the west was built first, ca. 1909. It was known as Shipley Court, 545 Bannatyne, by architect V. W. Horwood. To the east is the ca. 1910 Bannatyne Apartments, 543 Bannatyne,  G.W. Northwood, architect.

Over time the Shipley name appears to have been dropped and both apartments were referred to as Bannatyne Apartments. 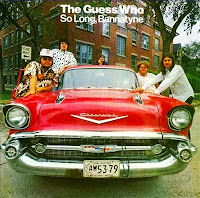 As a number of people have pointed out, this is the same apartment block used on the cover of The Guess Who album So Long, Bannatyne. So long, indeed. 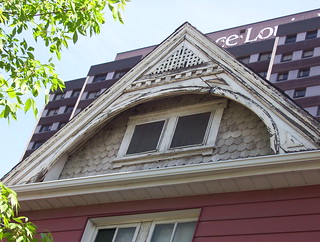 On a completely different scale, one of the last remnants of central downtown's residential past has been demolished. I've always meant to do a full history of this house knowing that one day I would drive by and it would be gone. A bit too late for that now ! Here, though, are a few notes about its past.

It is pre-1900 and has had many incarnations. Early on, it housed a couple of lodgers at a time, one of them being physician Correl C. Field who lived and practised from there until 1904.

When he moved out in 1905, the Family of John E Holland moved in. He was a manager at J C Wilson Ltd, a Montreal-based paper company that just opened a branch in the city. His son, also John, was a bank clerk. They stayed there for over 20 years.

In the late 1920s and 30s it went back to being a duplex. Tragedy struck one of the families living there, the Dorans, in 1934 when their 11-year old son drowned in the Red River near the Norwood Bridge while swimming with friends.

After the war, the residential fortunes of the downtown began to change as new suburbs were developed. In 1948 this house started a new chapters a commercial building, home to W. J. Schadek Realty who rented out the upstairs suite, usually to pensioners. That firm stayed until 1960. 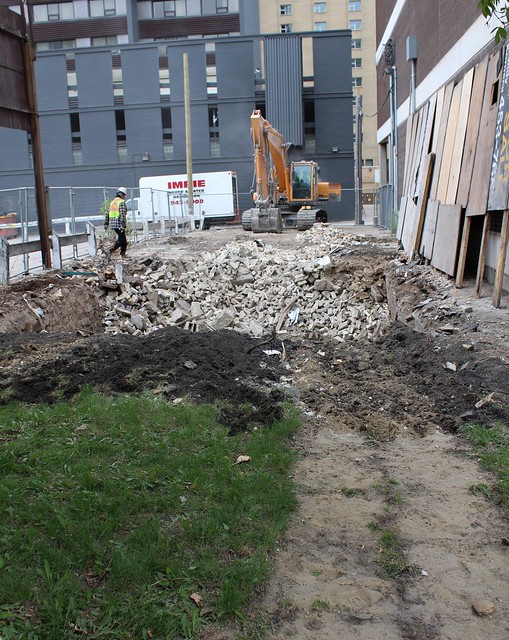 It then became home to R and H Realty. Around 1964 they were joined by Canadian Chamois Co., who appeared to not to sell the product form this site but, for a time anyway, manufactured them there.

the R and H / Canadian Chamois were the last tenants as the sign above the door at the time of demolition attests. The last mention of the address in the Free Press comes in 1981, a classified ad seeking part time bookkeeping help. It did not specify what company placed it.