The Toronto Street hideout of "Bloody Jack" is for sale ! 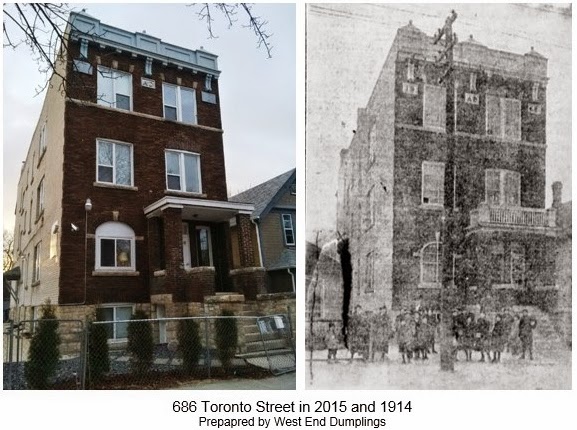 The apartment block at 686 Toronto Street near Wellington Street is up for sale. The seller and eventual buyer likely have no clue that this building was once known to every Manitoban as the last place of freedom for a notorious bank robber and murderer.

The Burriss Block, as it was then called, was constructed in 1913, replacing a rooming house on that site named Hyldigunn. Its first roster of tenants was typical of any middle class building:

The criminal in this story is John Larry "Bloody Jack" Krafchenko of Plum Coulee, Manitoba, (sometimes spelled Krawchenko.). His life of crime began around 1900 with passing bad cheques and soon escalated to bank robbery. Over the course of just three or four years, he was wanted for heists in the U.S., Britain, Italy and Germany.

His final robbery took place on December 3, 1913 when he entered the Bank of Montreal in his home town of Plum Coulee. He took $4,200 cash and, as he fled, turned and shot dead bank manager Henry Arnold.

A manhunt ensued and Krafchenko was captured in an apartment on College Avenue in Winnipeg.

It was thought that Krafchenko was a rich man after his years of crime and he used promises to share this supposed wealth to get his lawyer to recruit a gang to help him break out of jail and flee the city. In the early hours of January 10, 1914, an armed Krafchenko escaped from the third storey lockup of Winnipeg's Central Police Station on Rupert Avenue, but things didn't go exactly as planned.

The rope he used to shimmy down the side of the building broke, sending him 30 feet to the pavement below. With an injured back, badly sprained ankle and assorted cuts and bruises, he hobbled down William Avenue. Krafchenko later told police that a friendly motorist noticed him and offered a ride to his destination - 686 Toronto Street, then known as the Burris Block. 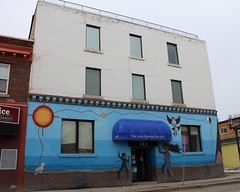 Suite 4 of 686 Toronto was home to Frank Holt, a young shipper who had worked for five years at Security Storage Ltd., a moving company located on Ellice Avenue and Sherbrook Street. The other tenant was Patrick Garrity, a teamster at Security Storage.

Holt had known Westlake, who was now working in rural Manitoba, for a number of years. In December he got a letter from the man saying he was coming into the city over Christmas and asked if he could stay over. Holt agreed but did not know that Westlake, who once worked for Krafchenko's lawyer, was coming to help get Krafchenko out of town.

Holt said that he only knew of the Krafchenko plan earlier that evening when Westlake told him of the plan. He was in bed when he heard a knock at the door around 11:00 pm. When the fugitive arrived at around 11 pm in such a badly injured state, it was clear that he was going nowhere and needed to stay at the apartment until he recovered.

The next morning Holt and Garrity went to work as usual but made arrangements stay over at a suite on Beverley Street. They went back to Toronto Street periodically to pick up clothes but did not sleep there. 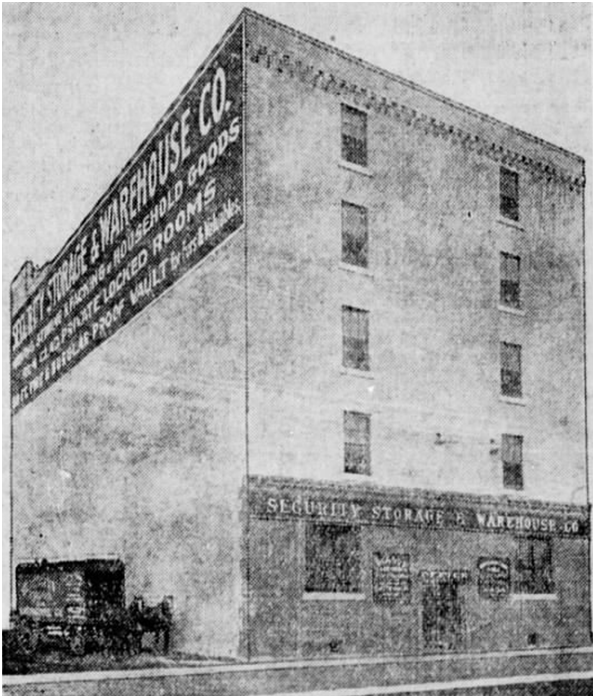 After three days Krafchenko's injuries were not getting any better and Westlake was panicking. He asked Holt to find him a place to hide Krafchenko at the Security Storage building and on the night of January 14th he was smuggled into the building through the coal chute.

After a couple of days, it was Holt's turn to panic. He went to Westlake to demand that Krafchenko be moved back to the Toronto Street apartment, which he was.

On the night of January 18, 1914 an informant gave police a tip about Krafchenko and the Security Storage escape plan. Dozens of officers, including police chief Donald MacPherson, descended on the building around 8:30 pm. The commotion brought out nearly 1,000 onlookers according to the Free Press.

Police searched the building, but found no sign of Krafchenko. They must have then searched employee records, as the police chief rushed from the building back into his car and sped off with other police cars and reporters in tow. They arrived at the Burriss Block at 11:08 pm. 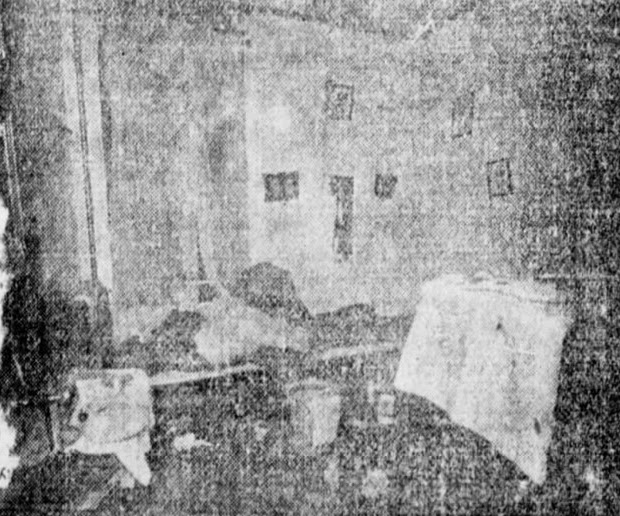 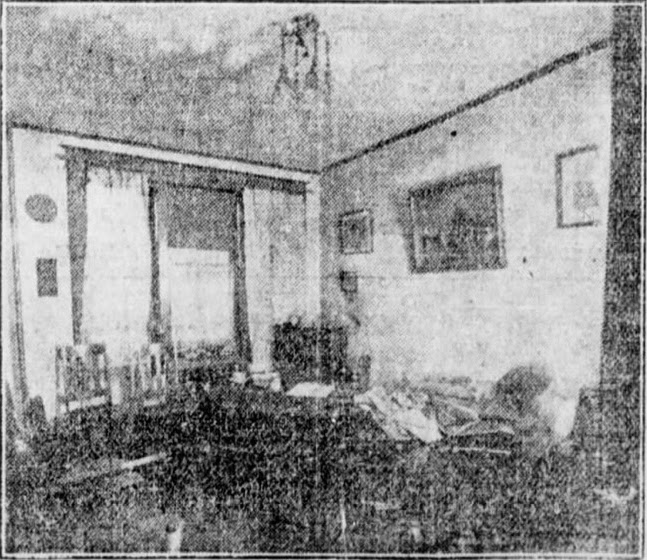 Suite 4, where Krafchenko was holed up, was described as the Free Press as diminutive and sparsely decorated. Krafchenko's room contained a couch bed, a dresser and two chairs. One chair had a pack of matches, packet of tobacco and a candle, (for some reason the power in the building was out that night). There were several copies of the newspaper strewn around the room.

A Winnipeg Tribune reporter who claims to have been in the building at the time of the arrest said that Chief MacPherson led a group of officers to the door of suite 4. Thy entered to find Krafchenko, gaunt, unshaven and bandaged, sitting on the couch smoking a cigarette.

The Tribune reports a typically Canadian arrest scenario. MacPherson said to the unarmed fugitive "Play fair, Jack, and we'll play fair with you." Krafchenko is said to have replied "I'm all in. I don't want any shooting, boys." The two then shook hands and MacPherson placed him under arrest. The police then had to help the injured man to the police car that whisked him off to Headingley Jail's highest security cell.

The subsequent inquiry into the escape revealed the identities of those invovled in the escape.

Percy Hagel, Krafchenko's lawyer, assembled the crew and was sentenced to three years in prison. After his release, he returned to practising law.

Constable Robert Reid, a policeman who worked at the jail and smuggled in the gun and rope used by Krafchenko to escape, was sentenced to seven years at Stoney Mountain. While serving his sentence he became ill and died.

John Westlake was sentenced to two years for his involvement.

J. H. Buxton, a local businessman and former secretary of the Builder's Exchange, procured the gun and rope used by Krafchenko. It turns out that he was also informant who came forward to police that led to the capture of Krafchenko. Later, he gave a full statement outlining the plan and who was involved. For his role, Buxton, originally from the U.S. was put into an early version of "witness protection" - and relocated to the state of Maryland.

Frank Holt was given a suspended sentence. The judge and Crown felt that he only went along with the plan out of fear for his safety if he had "squealed'.

John Larry "Jack" Krafchenko he stood trial in Morden, Manitoba for the murder of Henry Arnold in April 1914. He plead not guilty, claiming that he shot at Arnold with an air gun and that a second person must have been responsible for shooting him with a real one, (none of the witnesses to the crime or its aftermath recall seeing a second robber or a second man with a gun.)

Krafchenko was found guilty and was hanged on July 9, 1914 at the Vaughan Street Jail in Winnipeg at the age of 33. He left behind a wife and infant child.

As for the Burris Block, its name was sullied just months after it opened. Subsequent "for rent" ads referred to it only as 686 Toronto Street. In the 1930s it was rechristened the Toronto Block, a name that appeared in for rent ads until the 1960s and that still appears above the door.

A scan through the Winnipeg Free Press archives show that its has had a quiet, uneventful existence ever since the arrest of "Bloody Jack". 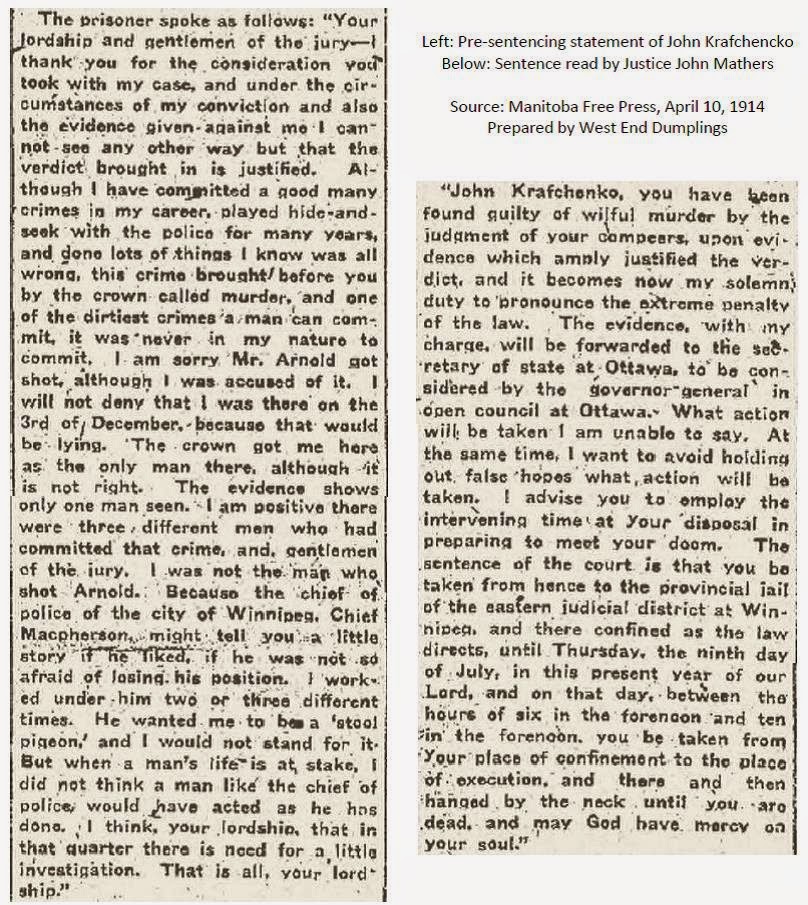 I love this story; found it by googling. May not have found it if you hadn't spelled Krafchenko correctly at least once... There are at least 4 different spellings of the name in this article!

Thanks. I will change them all to one. The different spellings were an issue back in the day. I came across numerous incarnations of it through years of newspaper articles!

Done! A couple were plain, old typos. i see I posted that at 4:08 am that day so wasn't at my best for proofreading !

The person that was murdered was a relative of mine, Mr. Henry Arnold.

Dianne - please contact me. I am researching a book on Krafchenko. billp@sbrc.ca

Wow! I lived in that very apartment as a teenager during 1987-89 with my mom and little sister. The place was so cramped but cozy.

Dianne... My email has since changed to Nachraligre01@gmail.com